Anders Larsson: "Of course it is worrying"

The conflict in hockey continues. The majority of clubs want to boycott matches - because of the TV deal. - We need to sit down with the Swedish Sports Confederation, says Anders Larsson, chairman of the ice hockey association to SVT Sport. 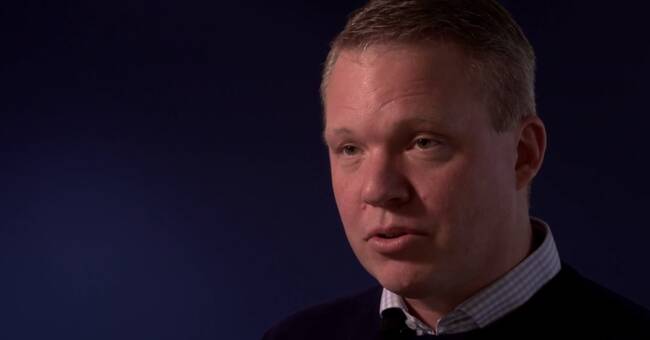 Boden wants to break out of the league organization to own the TV broadcasts themselves.

It has had repercussions.

Now the other clubs do not want to play away matches against those teams.

Among other things, tonight's match between Karlskrona and Mörrum has been canceled.

Boden has previously tried the process at the Swedish Sports Board (RIN) and got it approved.

The Swedish Ice Hockey Association, which has not commented before and opposed the decision, is now giving an answer.

- We need to sit down with the Swedish Sports Confederation.

We have booked a meeting next week with chairman Björn Eriksson and his staff, to sort out a number of issues linked to decisions that RF has made, says Anders Larsson, chairman of the Swedish Hockey Association.

- Of course it is worrying that associations do not want to play against each other.

It is also a situation where associations should be able to expect clear messages from us in the hockey association, the parts that concern the competition itself and for which the association is responsible, information that we can not really leave yet.

Why did you oppose the National Sports Board's decision and not accept it?

- I would say this, we need to understand how it is that RF has entered our regulations in this way without us being allowed to comment.

How come they have come to the conclusion that this may be in conflict with the European Commission on Human Rights.

What does RF mean when they say that this is contrary to general principles of contract law.

We need to sit down and sort out the concepts of who is responsible for what and above all we need to understand.