Ali Mabkhout is "innocent" and evidence is Mohamed Salah.. Tweeters demand a coach "hungry for success"

Fans of the UAE national team expressed on social media their outrage after Al-Abyad drew with its Iraqi guest in the fourth round of the 2022 World Cup qualifiers, in the match that ended in a positive 2-2 draw, bringing Al-Abyad's balance to 3 points out of 12 points, including 3 matches. 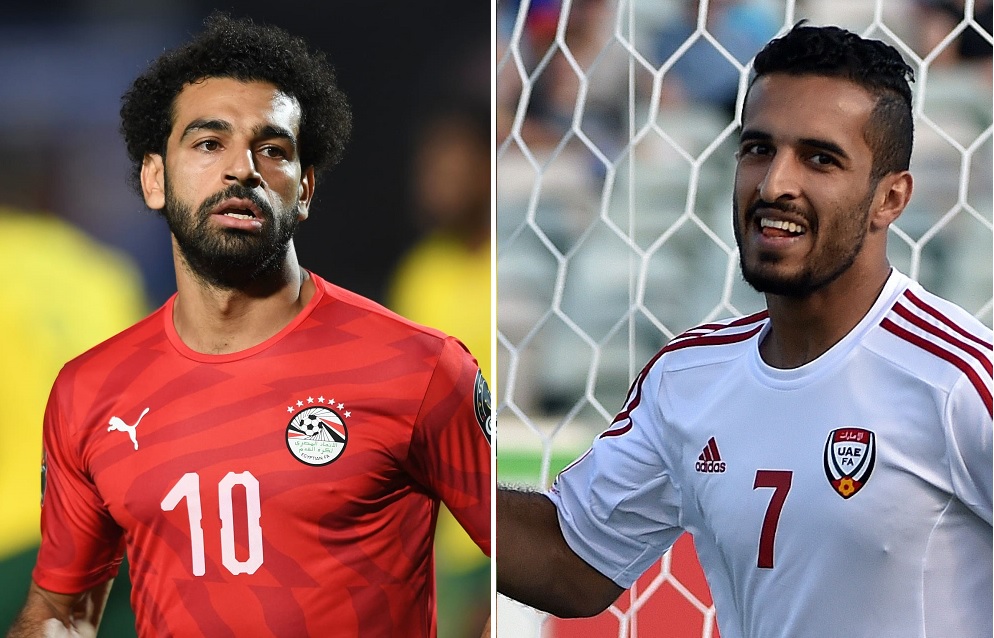 Ali Mabkhout is "innocent" and evidence is Mohamed Salah.. Tweeters demand a coach "hungry for success"

Fans of the UAE national team expressed on social media their outrage after Al-Abyad drew with its Iraqi guest in the fourth round of the 2022 World Cup qualifiers, in the match that ended in a positive 2-2 draw, bringing Al-Abyad's balance to 3 points out of 12 points, including 3 matches. The team played it at home to diminish the chance of its ascension to the World Cup after the lackluster performance and unsatisfactory results.

International striker Ali Mabkhout topped the scene by being subjected to many criticisms alongside the Football Association, and his name was the most frequently used on "Twitter" Emirates.

A number of fans led a campaign to defend Ali Mabkhout, and they responded to the Egyptian Khaled Bayoumi, a sports analyst on Abu Dhabi Sports Channel, who criticized Ali Mabkhout, while Liverpool star Mohamed Salah did not criticize because of his low level with the Egyptian team in the two matches of Libya in the African qualifiers for the World Cup. , noting that Mabkhout is innocent if we compare his level with Mohamed Salah's data in international matches.

The public, angry at the team’s performance, identified many reasons for this failure, considering that the team’s performance was not convincing, and the largest share of the team’s top scorer was Ali Mabkhout, who missed a number of easy goals, and sports analyst Khaled Bayoumi criticized him, when he said: “We need Ali Mabkhout is in the national team, not in the easy league matches against Al Dhafra, and has scored more than one goal.”

For his part, sports commentator Ali Saeed Al Kaabi said after the match: "We need a coach who has a hunger for success." Marwan said: "Ali Mabkhout is the most player in the World Cup qualifiers to miss the goals achieved, as he missed 10 goals in only 4 rounds."

Abdullah bin Khalaf said: "How can you be a bench, for God's sake, someone understands us? You see football as a science of algebra and sports."

Abdullah Al-Tunaiji said: “Dark days have passed for Al-Obeid fans, although we are the happiest of nations, but the Football Association has made us one of the worst nations, oppressed and destroyed. Have mercy on us, may God have mercy on you.”

Hussein Al-Masabi criticized the attack on Ali Mabkhout: “Captain Khaled Bayoumi, with my great respect for you, the level of Mohamed Salah with the national team, and the same with Liverpool. This attack on him is Ali Mabkhout, his legend and his numbers testify.”

Negm Darwish identified the main reasons: “Through my reading of the events in all the past rounds and what happened from the beginning to the end, the following becomes clear: The mistake is shared by three elements: the National Teams Committee, the wrong numbers, the coach, and the stubbornness of some players. Everyone bears the responsibility.” Abdulhadi Al-Ahbabi defended Ali Mabkhout and what happened to him after the match: “What happens to some fans from unacceptable chants at all, it is true that the player is going through a difficult stage and he has bad luck. The intervention of the coach, and in the end, he is not worthy of these cheers, to be honest.”