"I hardly wanted to offend the victim in the subway": why Nurmagomedov's joke about McGregor caused an ambiguous reaction

Khabib Nurmagomedov published a post on Instagram in which he jokingly compared Conor McGregor to Roman Kovalev, who was beaten up in the Moscow metro by three natives of Dagestan. The words of the former UFC champion caused a mixed reaction in society. Many considered his post ambiguous and unfortunate. The victim himself during the attack was not offended by the fighter's statement and took it with humor, and McGregor, in response, accused Nurmagomedov of cowardice. 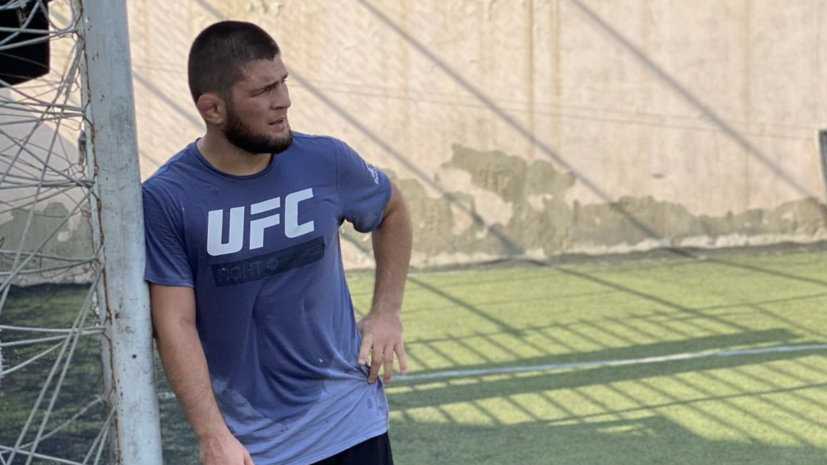 Former UFC lightweight champion Khabib Nurmagomedov jokingly used the resonant incident in the Moscow metro that happened last week, when three natives of Dagestan beat Roman Kovalev, who stood up for the girl.

This caused a mixed reaction in society.

The fighter posted on Instagram a photo of his principal rival Conor McGregor with the caption: “Where is my medal from Bastrykin?

I was also beaten by a crowd of Dagestanis! "

So he reminded the Irishman of the events of three years ago, when after their fight at UFC 229 there was a massive brawl, during which McGregor was attacked by several fighters from the Russian team.

Nurmagomedov's post contains an obvious hint of a recent incident.

Let us remind you that on the evening of October 4, three young people who arrived from Dagestan behaved aggressively in a subway car.

After the 25-year-old bartender stood up for the girl, he was severely beaten.

The attackers were detained by the police, and on October 11, the head of the Investigative Committee of Russia, Alexander Bastrykin, awarded Kovalev with the medal "Valor and Courage" for his act.

Nurmagomedov and McGregor are known for their mutual animosity.

Over the years, they provoke each other with sharp statements and even insults.

However, if usually fans of a particular fighter positively assess the next attack, then the comparison of the Irishman with the injured Kovalev was perceived in two ways.

Many in the sports world thought the joke was not very good.

Olympic champion in speed skating and State Duma deputy Svetlana Zhurova admitted that the post could have been published by Nurmagomedov's press service, and he himself only wanted to speak out about McGregor.

However, in her opinion, instead of this, the fighter devalued Kovalev's act and his reward.

“They probably thought it was funny, but it’s actually not funny at all.

This joke is completely inappropriate.

It is clear that they wanted to pin up McGregor, but in this case it turns out to be ambiguous.

Khabib himself is probably being asked now: "Could you do that?"

It turns out that with this publication he ridiculed not only Conor, but also the man who stood up for the girl in the subway and was beaten.

In my opinion, it is better not to joke about such topics.

The guy showed real heroism, courage, many passed by, but he didn’t, therefore he was awarded a medal, ”Zhurova told Sport24.

He urged subscribers not to perceive the publication as an endorsement of the attackers, even if such an unfortunate wording was chosen.

“I don’t think that Khabib somehow tried to support these hooligans who beat a man in the subway.

This is completely illogical and does not fit in my head.

It's just that the wording of the publication itself turned out to be ambiguous and can be deciphered in different ways.

The words were chosen badly, hence the resonance.

When the wording is clear, there is no desire to discuss it in the plane “What did he mean”.

And here the situation is reversed, unfortunately.

What he meant, only he knows.

But it seems to me that he did not want such an outcome and such an interpretation, ”Valuev noted.

The well-known promoter Vladimir Khryunov, in a conversation with RT, suggested that Nurmagomedov did not want to offend Kovalev with his joke.

He recalled that the fighter has a pretty big impact on his followers.

“I'm not sure that athletes always write something themselves in their account. These days are the anniversary of Khabib's victory over McGregor. We are proud of this. As for the joke, I think that this is a fairly thin line, and I do not think that such incidents are a subject for humor. It was just the circumstances. I want to say clearly: Nurmagomedov is a great athlete. Perhaps, if we talk to him, we will understand that he hardly wanted to offend the injured young man. Khabib is, in a sense, a cultural symbol, like a great athlete. Many young guys really imitate him. They follow his words, repeat after him, ”said Khryunov.

Former Bellator champion Vitaly Minakov also expressed confidence that Nurmagomedov did not want to discredit Kovalev and his act, but admitted that the joke was unsuccessful because of its wording.

“Each of us has his own idea of ​​norms, morality, morality and other high human qualities.

I do not think that Khabib was laying a negative context, meaning or hype, there is no need to look for a puncture in his rhetoric.

Any post and statement can be interpreted in different ways, you can watch and see different things.

Someone knows Khabib personally, and someone only from statements on social networks.

Personally, I do not think that he is a person about whom we can say that he is negative, carries destructive and dirt.

This post is humor, ordinary, maybe not entirely appropriate and successful, "Minakov told the Championship.

AMC Fight Nights President Kamil Hajiyev expressed the opinion that Kovalev should not be awarded a medal for his act, since he simply behaved like a decent person.

“You need to understand what Khabib meant.

If this was irony over power, then that is one question.

And if he hurt McGregor so, why not?

Conor always says something about Khabib.

If I see Khabib, I'll ask him what he meant.

Yes, here many can react ambiguously, not understanding what Nurmagomedov means.

Yes, this is a good reminder that society does not need to remain indifferent.

But I would not give a medal for that.

I believe that this is the norm when a girl is interceded.

And to give a medal for the norm ... It's strange, ”Hajiyev told Metaratings.

Roman Kovalev himself did not react sharply to the words of the athlete.

He agreed that Nurmagomedov only wanted to make fun of McGregor.

I think I wrote it as a joke, in any case, I don't see anything wrong with that, ”the young man told Gazeta.Ru.

The post of Nurmagomedov and the one to whom he was addressed did not disregard.

McGregor, in response, recalled his attack on the Russian's bus that had occurred before the battle, and accused him of cowardice.

Where is Khabib's medal for "dressed pants"?

He deserved it by doing it in the tenth row, ”McGregor wrote, referring to the rear seats of that same bus.

Where is Khabib's “shit in his pants medal”?

He need this for shit his pants 10 rows back.