&amp; quot; I heard the helicopter, banging all the time, I burned the brakes because I was stopping every two by three and I blew up. I didn't even know what I was doing, it was horrible. '' The... 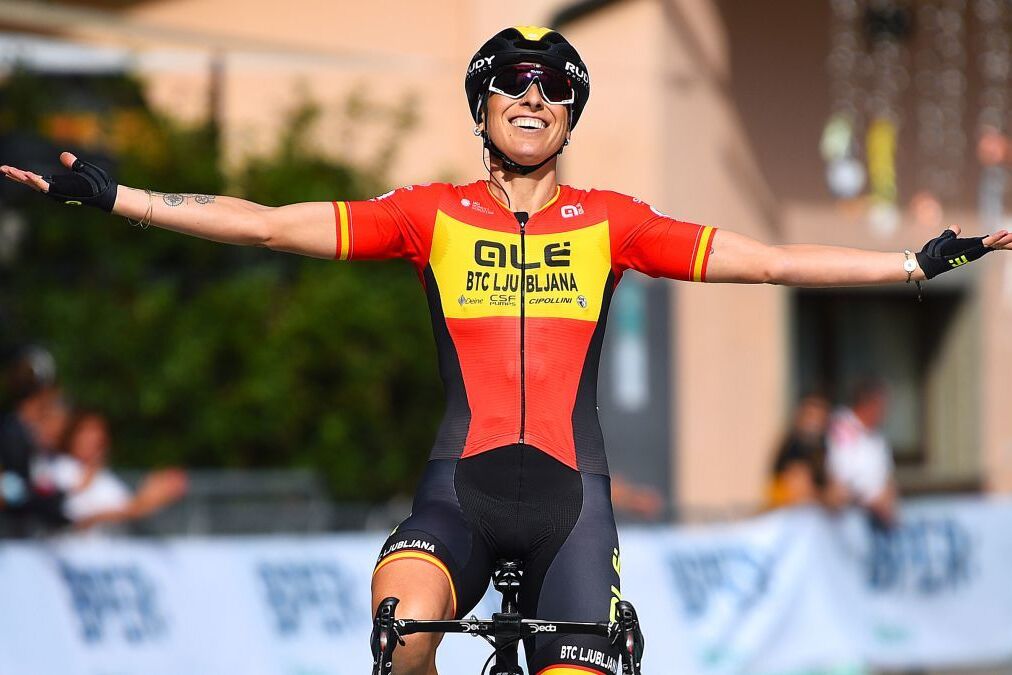 "I heard the helicopter, banging all the time, I burned the brakes because I was stopping every two by three and I blew up. I didn't even know what I was doing, it was horrible." The calendar marked April 2015 and

, 31, was running her second professional career at the

, one of the most prestigious events on the calendar. Today, just six years later, the Mallorcan has become the best Spanish cyclist, capable of winning the

and gaining a place even in the last

, where she escaped alone until she was hunted 10 kilometers from the finish line. Close to turning 38, he lives an adventure that began on skates, continued on the athletics track and has not yet finished on the pedals.

The promise of skating, which even played championships in Spain, grew up in a life of an adolescent on foot, and left the slopes behind, "when I was old enough to go out there all day", separating from the sport for the next nine years. The "slavery of being on wheels since three in the afternoon" was changed by other commitments no less sacrificed after studying higher education. While the platoon was already rolling with the stars of its fifth, García spent his twenties working in a small hospitality machinery company: "I was in the office for 12 years and I already dedicated myself to almost everything. After so long you know yourself to the corners ".

Curiosities of life, the goat always pulls to the mountains, and regained its relationship with exercise with a friend who was preparing physical tests for the police.

Athletics was the sport that would eventually separate him from the chair and the computer.

Mavi was world runner-up in duathlon, not before two years of "real madness", in which she tried to put it all together: "I got up at 6:30, ran 40 minutes before work, did two hours of cycling at rest to eat and go back to the sports hall after finishing at the office. I would have dinner and fall asleep after midnight. "

That madness ended with a two-year leave of absence, which finally fell into oblivion with improved results. "I did the first duathlons with my brother and I was amazed when I won my first race," he remembers with a smile. This new chapter was so good that it ended in a test concentration with

, the continental-category cycling team that ended up signing him: "I started paying for all the trips myself, and although they did everything they could, I had to to continue in the duathlons because the prizes were very big and the podium was almost always assured ".

Money was no longer a concern when he signed for

, where he began his career exclusively on the saddle. "It was an economic decision because I would have taken it the same if it had been offered to me in the duathlon. I was no longer a girl and had all the obligations," she says. Among one of them was to respond on the road, something that he did not take long to do, but already "with confidence and possibilities" wearing the jersey of

, where he finished exploding.

A fifth place in the

or his first participation in the Tokyo Olympics are some of his credentials, in a meteoric but late race, in which the end is already in sight: "More than three I don't think I can extend it for years, but now is when I am enjoying myself because I already know what I am doing and I have gone through the penance of not knowing how to run properly ".

The date of the DNI is what it is, but if something is clear

is that the life of the office is not going to live again, nor will he represent

, a squad from which

is also far away

, the second national asset that is active in the

"It is a mistake on their part and it is rare because there are always reasons for neither Ane nor I to be there. If a Spanish team is created it is to support national cyclists and not win races with foreigners. That is the easy thing, but it would have It has been more beautiful to maintain the block with which they started and that people would recognize. I think a fifth place for Mavi in ​​the Giro is worth more than a European championship for Van Vleuten, "says the six-time champion of Spain.

Who was going to tell him that April, in the terror of the

that he would trade skates for shoes and later for pedals, in a story that still has some feat to write.

CyclingMadrid-Milan, the wild promise of Alberto Contador: "It is the most beast I have done in my life"

CyclingThe incredible story of Gunnar Sköld, the winner of the first World Cup 100 years ago: "I won thanks to an angry dog ​​that attacked me"