Garpenlöv before the Olympics: "Will have two parallel teams"

The NHL has the right to prevent its players from participating in the upcoming Olympics should the corona situation worsen or affect their season. For the Swedish part, this means a lot of puzzles for Johan Garpenlöv and Tre Kronor. - We will have two parallel teams as it looks right now, he says to SVT Sport. 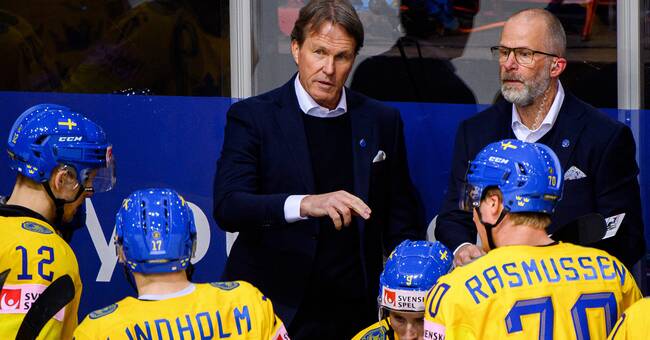 Tre Kronor will play the Karjala Tournament and Channel One Cup during the autumn.

In the spring of 2022, the Olympics await in Beijing and then everything ends with the World Cup in Finland.

A lot of matching for Johan Garpenlöv's team.

- We will have a team of European players until the World Cup and then we have an Olympic tournament with NHL players as it looks right now.

Before the Olympics, we have two tournaments and we must try to use them as best we can as it may be that the NHL pulls out.

Then we must have a team with European players, says Garpenlöv.

The NHL has allowed players to participate in the Winter Olympics, unlike the 2018 Olympics. But there is a clause that allows them to prevent players in case the situation with covid-19 would worsen.

If matches in the NHL need to be postponed due to covid-related reasons, the league may choose to stop the players from the Olympics.

- Hopefully for the sake of hockey, ours and the Swedish people, we get an Olympics with the best players in, says Garpenlöv.

All participating countries in the ice hockey tournament have been asked to select three players for the tournament.

But who they will be otherwise remains to be seen.

On October 15, Sweden will send in a longer list of names.

Good meeting with good signals from the players.

They want to try to win an Olympic gold.

The men's ice hockey in the Olympics will be played between 9-20 February 2020.