European football: PSG and Manchester ready before their shock in the Champions League

In this weekend of multiple derbies, Lazio became mistress of Rome against Roma. The Arsenal Gunners have secured their grip on North London. In France, PSG and Lille won ... 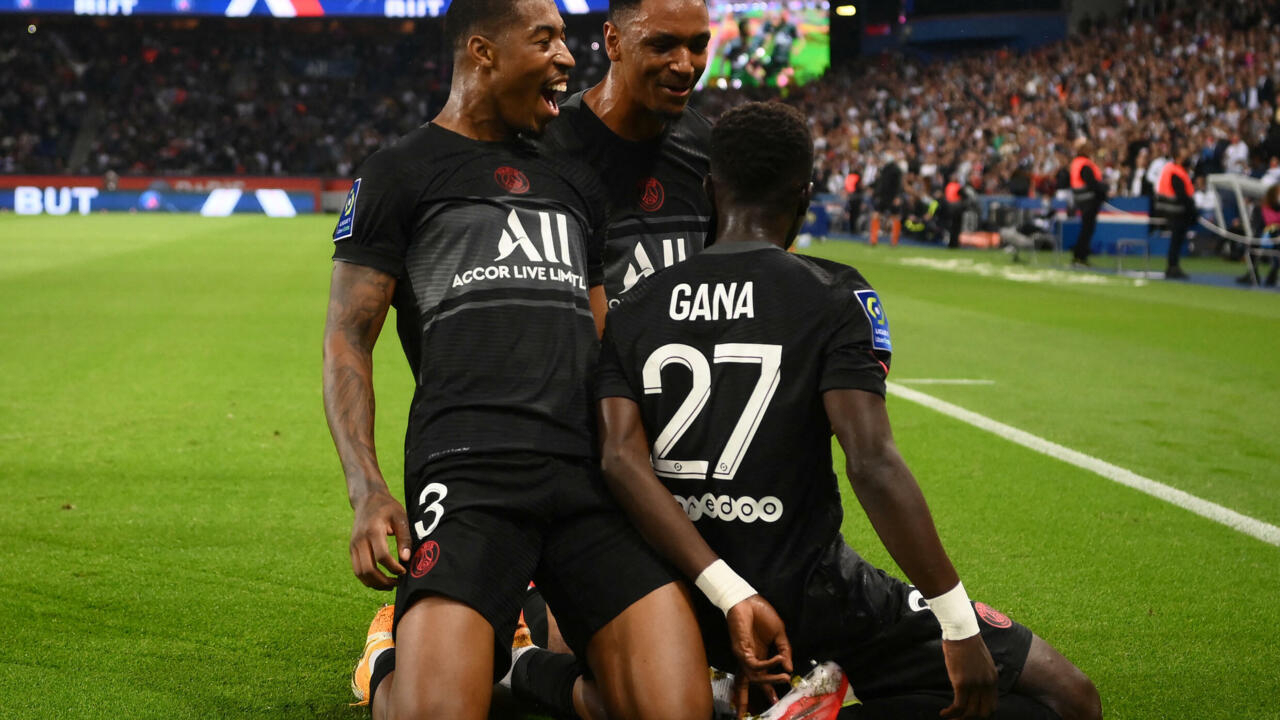 Marseille fell for the first time in Ligue 1 this season on Sunday against Lens (2-3), new runner-up for PSG, during a stunning 8th day for Monaco in Clermont (1-3), frustrating for Rennes in Bordeaux (1 -1) and triumphant for Metz, out of the red zone.

In an incandescent Velodrome, Marseillais and Lensois delivered a spectacular shock at the end of which OM came out stunned, orphaned from an invincibility that they had managed to preserve since the start of the season.

The Phocéens, led 2 to 0 after less than half an hour, recovered by the grace of a double from Dimitri Payet, on a free kick that he himself obtained (33rd), then a penalty ( 45th + 3) caused by Bemba Dieng.

Like Lille victorious 2-1 in Strasbourg, Paris SG prepared well for their Champions League match against City, beating Montpellier, their eighth victory in as many matches.

José Mourinho has thrilled Rome since his arrival this summer but at the Olimpico, it was Maurizio Sarri who conquered the laurels with a great victory for his Lazio over AS Roma (3-2) at the end of a hot derby and rhythmic, Sunday during the 6th day of Serie A.

Naples, carried by a sparkling Osimhen, continues for its part its faultless with a sixth victory in six matches: winner of Cagliari (2-0), Napoli remains in the lead with two lengths ahead of Milan (2nd after his victory (1-2) against Spezia) and four over Inter (3rd), author of a draw against Atalanta (2-2).

Next week, the attractive Fiorentina, 5th after her victory in Udine (0-1), awaits the leader.

Juventus, victorious over Sampdoria (3-2) goes back (9th), but they lost Paulo Dybala and Alvaro Morata, injured and forfeited for the arrival of Chelsea in the Champions League on Wednesday.

First misstep of the season for Atlético de Madrid!

The Colchoneros, defending Spanish champions, lost 1-0 to the red lantern, Alavés, and passed third to three points from Real Madrid (17 pts), hung 0-0 by Villarreal in the same evening.

The "Rojiblancos" folded in the 4th minute on a pricked header from captain Victor Laguardia upon receiving a corner kick from Rubern Duarte.

And unlike their last matches in La Liga, this time they never managed to come back.

On the brink of the crisis before this weekend, FC Barcelona was reassured Sunday by outclassing Levante 3-0 at Camp Nou.

A full and salutary match for Barça, before a decisive month: after the perilous trip to Lisbon on Wednesday in the Champions League, Koeman's men will face Atlético de Madrid and Valencia CF in the league, Dynamo Kiev in C1, then will play the first clasico of this La Liga season at home against Real Madrid on October 24.

Liverpool took control of the Premier League, despite their draw at Brentford (3-3) while Manchester City tamed Chelsea (0-1) before returning to PSG in the Champions League on Tuesday.

The former leader Manchester United missed him against Aston Villa (0-1), while Everton, winner against Norwich (2-0) is back in the lead.

With goals from Smith Rowe, Aubameyang and Saka in the first half, Arsenal had already folded the game at half-time.

Despite the general election, the Bundesliga continued this weekend.

In the standings, the winner of this sixth day is Bayern, which widened a first three-point gap, taking advantage of the defeats on Saturday of its pursuers Wolfsburg (3-1 in Hoffenheim) and Dortmund (1-0 in Mönchengladbach).

Winner Friday on the lawn of the red lantern Fürth, Bayern leads with 16 points ahead of Leverkusen (winner 1-0 Mainz) and Wolfsburg (13 pts each).

Dortmund occupy fourth place, the last qualifier for the Champions League, with 12 pts.

Freiburg, astonishing fifth in the championship, leaves its historic walls of the Dreisamstadion on two fine notes: a victory against Augsburg (3-0) and above all an invincibility preserved after six matches, a first in its history.

From October 16 against Leipzig, the club will play in the brand new "Europa-Park Stadion", with a capacity of 35,000, compared to 24,000 at the Dreisamstadion.