Chilufya with dream goal - when Djurgården took a walking victory

3-0. Östersund never had a chance. Djurgården got a comfortable victory away from home and Edward Chilufya offered a real gem. 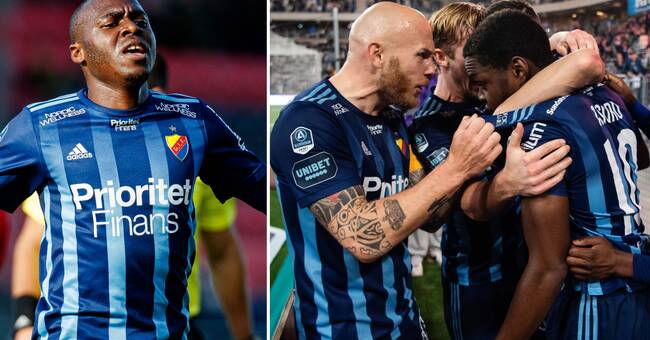 Djurgården has left two straight competitive matches against Österund as the winner and is undefeated in seven straight meetings between the teams.

Today came a new win when the away team showed their wide register and beat the red and blacks with 3-0.

- We have not wavered anywhere.

We are a group that believes in what we do.

We drive on here and have met strong opponents at the end.

Every match lives its life and now it is a new match that is coming, says Magnus Eriksson to Discovery +.

The guests only needed 13 minutes - to score their first goal.

Jacob Une Larsson, who has never before scored more than two goals in a season, stayed ahead and scored 1-0 from close range.

It was the midfielder's third goal this season.

But it was in the 32nd minute that the cannon was to come.

Edward Chilufya received the ball a few meters outside the penalty area, to then thunder away a right-hand missile that Aly Keita in Östersund's goal could not reach.

A few minutes later, the Östersund defenders were on their heels again.

Kalle Holmberg, who was poked out of the match squad last time, kept a careful lead after a tangled situation that was caused by a corner and was able to send in 3-0.

Holmberg's only second goal of the season - and first since May 16.

Djurgården then only played the match in the second half and Östersund could never really threaten.

The team is now back in the league lead.

The winner will meet AIK in a prestigious meeting next.

For Östersund's part, Halmstad is waiting away.