Video- Why did Ronaldo not take the decisive penalty kick for Manchester United?

Portuguese Bruno Fernandes hit the ball in a strange way, and missed a penalty kick in the last moments, to deny Manchester United a draw against its guest Aston Villa. 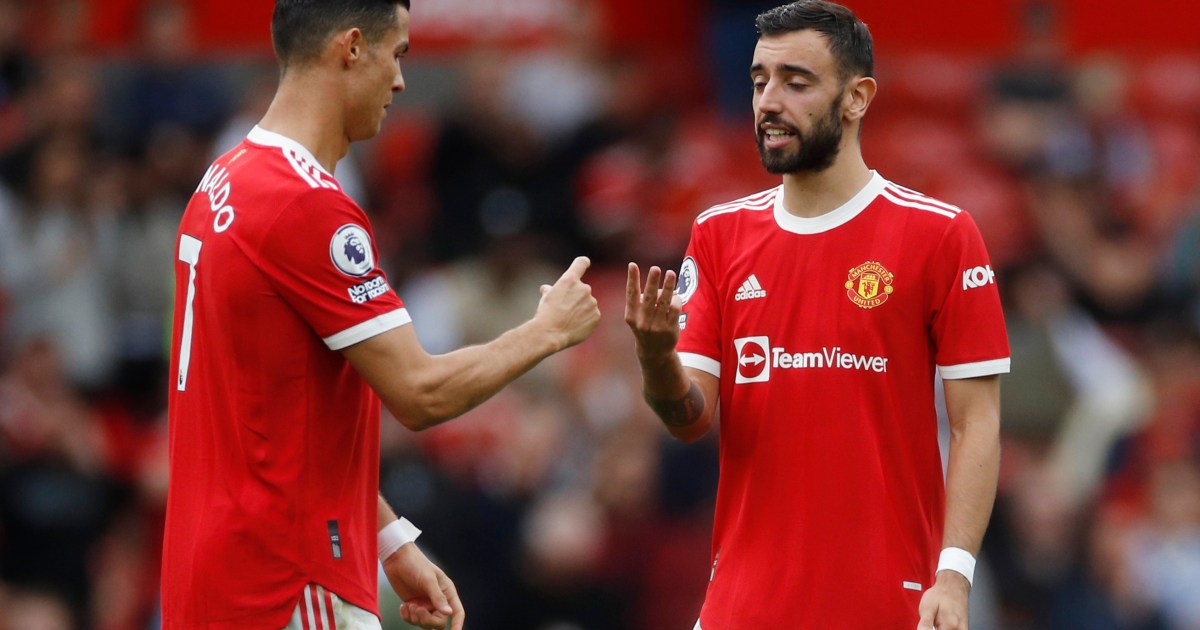 Portuguese Bruno Fernandes hit the ball in a strange way, and missed a penalty kick in the last moments, to deny Manchester United a draw against its guest Aston Villa.

As part of the matches of the sixth phase of the English Football League (Premier League), Aston Villa snatched a surprise victory at Stamford Bridge, thanks to a goal scored by Courtney House from a header two minutes before the end.

A handball inside the penalty area - from the same player - gave Manchester United the opportunity to seize the equalizing point in stoppage time, but Fernandes missed it.

Fernandes grabbed the ball and put it on the penalty spot before Cristiano Ronaldo, and looked as if he would snatch an undeserved equalizer, but he fired the ball into the stands to taste his team's first defeat in the league this season.

Followers wondered about Ronaldo's failure to take penalty kicks, especially in light of his great experience and his success in scoring many penalty kicks at such crucial times.

Since Cristiano Ronaldo's return to Manchester United, there has been a lot of controversy over the penalty shooter and free-kick this season, whether it will be Fernandes, who played this role last season, or his Portuguese compatriot, returning to his old team.

Manchester United coach Ole Gunnar Solskjaer justified Bruno's penalty kick by saying that the kickers are chosen before the start of the matches, referring to the continued reliance on Fernandes to take penalty kicks for the team.

"The way the Aston Villa players got around the penalty spot and then around Bruno, I don't like it," Solskjaer said.

The win raised Aston Villa's balance to 10 points to rise to seventh place in the Premier League, while Manchester United's balance froze at 13 points in fourth place, with a goal difference from Chelsea and Manchester City.