Boxing: Oleksandr Usyk dethrones Anthony Joshua at the top of the heavyweights

Earthquake on the planet of boxing with the defeat of the Briton Anthony Joshua, at his home in London, against Oleksandr Usyk, Saturday, September 25. The Ukrainian, who came from the light heavyweights, beat in ... 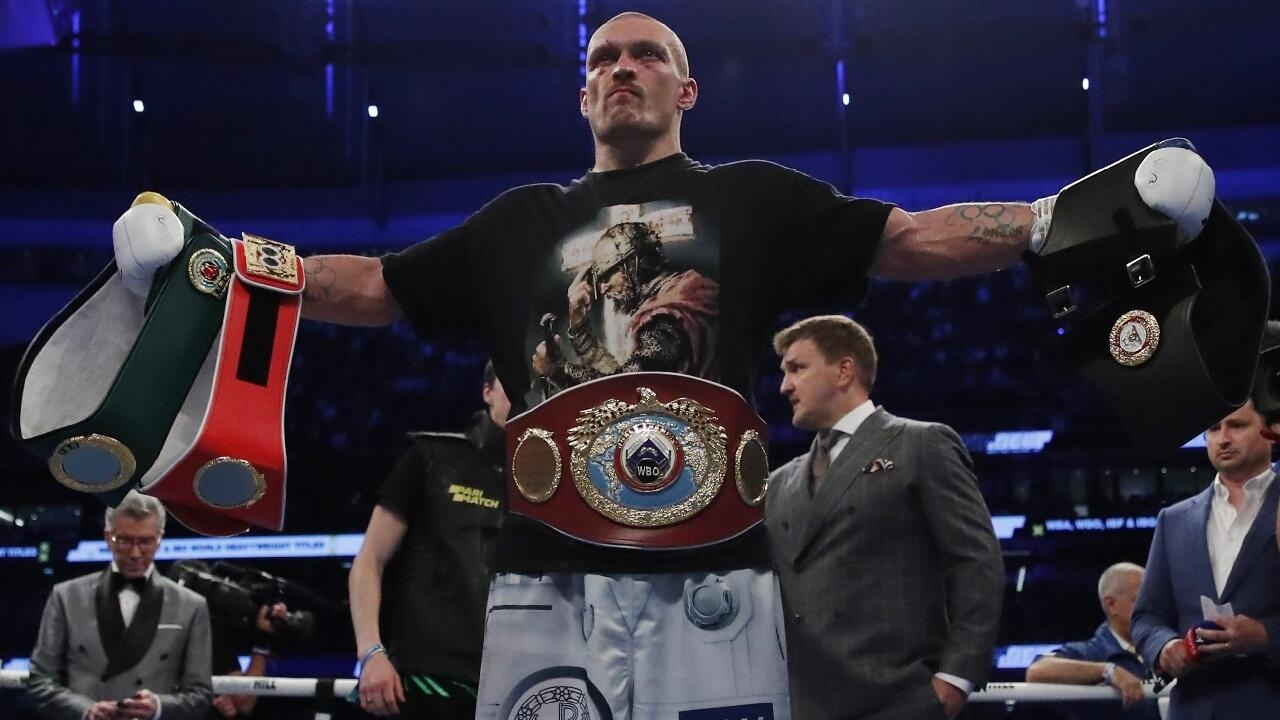 Boxing: Oleksandr Usyk dethrones Anthony Joshua at the top of the heavyweights

Earthquake on the planet of boxing with the defeat of the Briton Anthony Joshua, at his home in London, against Oleksandr Usyk, Saturday, September 25.

The Ukrainian, who came from the light heavyweights, defeated by points and unanimously the one who held the IBO, IBF, WBA and WBO belts.

This change of world champion reshuffles the cards in the heavyweight category.

Beating his opponents in front of their home crowd was his specialty when he reigned in the light heavyweights. His rise in heavy weights has not changed his habits. But on Saturday, Oleksandr Usyk didn't have Chazz Witherspoon or Derek Chisora ​​facing him. In London, at the Tottenham Hotspur Stadium, the Ukrainian was opposed by Anthony Joshua, the master of the category. This did not prevent him from lecturing the world champion and extinguishing the many supporters that the latter counted among the 60,000 spectators.

But he could not already project himself on the prospect of a titanic fight against his compatriot Tyson Fury, who holds the WBC belt.

Because Oleksandr Usyk was not an easy opponent.

Quite the contrary even.

The one nicknamed "The Cat" was the unified champion (he had all the belts) of the light heavyweights before moving up to heavyweight at the end of 2018. With 350 amateur fights, mobile and fast, it was certain that Usyk could cause problems for Joshua.

This was verified in the ring.

Very quickly, the challenger made speak his technique and touched the champion several times in the face and chin, causing him to falter for the first time in the third round.

Anthony Joshua's response came, but not strong enough to calm a boiling and focused Oleksandr Usyk.

In the seventh round, the Ukrainian again worried the Briton.

"AJ" opened "Le Chat" to the right arch but never managed to take the measure and pace.

What a start to #JoshuaUsyk 🍿

How are you scoring it through four?

"The fight went exactly as I thought it would"

In the 12th and final round, Usyk's dominance came to light. While we expected Joshua's last three authoritative minutes, it was his elusive opponent who hammered him with blows. Anthony Joshua finished the fight on the ropes, barely saved by the bell. And after a few moments of suspense, the judges unanimously awarded a clear and deserved victory on points to Oleksandr Usyk (117-117, 116-112, 115-113).

The fight went exactly as I expected. Sometimes he pushed me around, but never too hard. My goal was not to knock him out. At first, I was hitting hard to try to knock him out, but my trainer asked me to stop and just do my job,

”explained the new champion at the

Beaten to everyone's surprise by the American Andy Ruiz Junior in June 2019, Anthony Joshua had taken his revenge and recovered the IBF, WBA and WBC belts (as well as the IBO, minor) in December of the same year. The contract for his fight against Usyk included, again, a clause for a rematch in the event of a setback. How will he react after this second defeat in 26 professional fights? And what will Tyson Fury do next? A clash with Joshua seems pointless now that Oleksandr Usyk has ascended to the throne (19 fights, 19 wins including 13 by KO). Perhaps the great unification fight will be between Usyk and Fury. Unless Joshua or Deontay Wilder, the ex-kings, still have their say.

Oleksandr "The Cat" Usyk, celebrating his victory against Anthony Joshua, September 25, 2021 in London.