The match between Manchester United and Aston Villa, which was held on Saturday in the sixth round of the English Premier League, witnessed a strange incident, as Aston Villa goalkeeper Martinez intervened and tried to provoke Manchester United star and scorer Cristiano Ronald, when the match referee awarded a penalty kick in favor of AS. 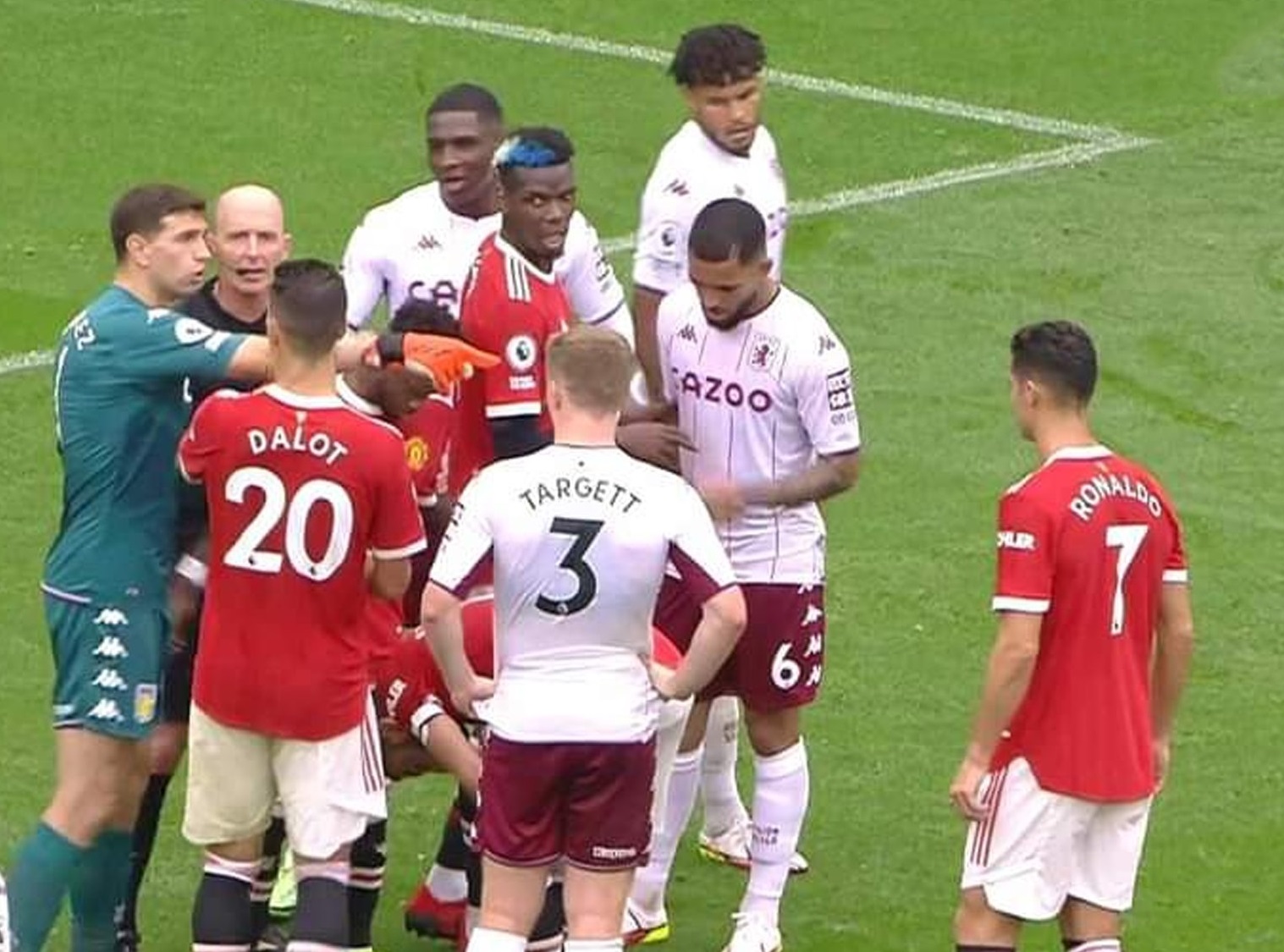 The match between Manchester United and Aston Villa, which was held today, Saturday, in the sixth round of the English Premier League, witnessed a strange incident. The goalkeeper asked Ronaldo to take the penalty instead of Bruno Fernandez, who kicked it and missed it.

And the media reported that goalkeeper Martinez said before the penalty kick was taken: "Come on, Ronaldo... take the penalty."

Bruno Fernandes scored a penalty kick in stoppage time over the bar as Aston Villa scored a surprise 1-0 victory at Manchester United in the English Premier League on Saturday.

Courtney House scored the winning goal for Villa with a header two minutes from the end to achieve a surprise victory at Old Trafford, but a handball inside the penalty area by the same player gave United the opportunity to grab the equalizer in injury time, but Fernandes missed it.

Villa had several chances to open the scoring in the first half, as defender Matt Targett kicked the ball away from the goal from a distance of two meters, before David de Gea saved an opportunity from Ole Watkins.

The hosts, encouraged by the frustrated Old Trafford fans, pressed towards the end, but on the other hand, House climbed high to score and shock the United fans.

Fernandes grabbed the ball and put it on the penalty spot before Cristiano Ronaldo and looked like he would snatch an undeserved equalizer, but he fired the ball into the stands to taste his team's first defeat in the league this season.

The victory is the first for Aston Villa against the Red Devils in the English Premier League since December 2009.

United fell to fourth place in the table with 13 points, with a goal difference from Liverpool, Manchester City and Chelsea, respectively.

Villa climbed to seventh place with 10 points, achieving its third win this season.