The Dondecht grass course, in The Hague, Kingdom of the Netherlands, hosts today, the ninth stop of the series of races of His Highness the President of the State for Purebred Arabian Horses, which continues its world tours with impressive success, within the agenda of the 28th edition. The event is held under the kind patronage of His Highness Sheikh Khalifa 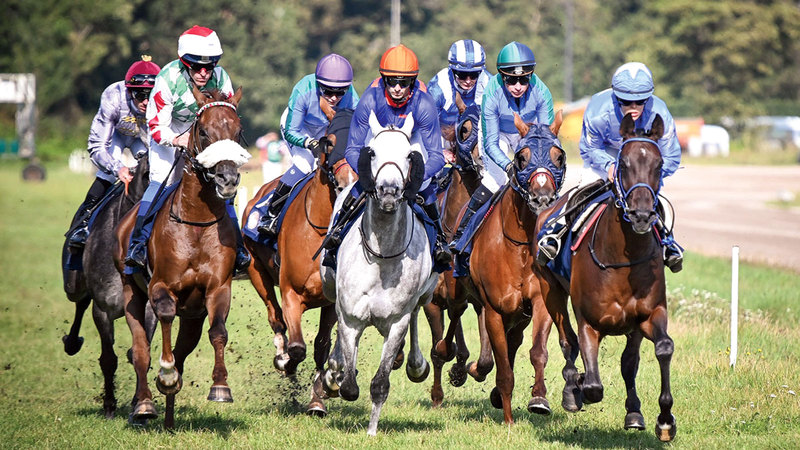 Al Yabhouni: The strong participation translates the endeavors and goals of the continuous racing series

Elite horses are participating in the race today.

The Dondecht grass racecourse, in The Hague, Kingdom of the Netherlands, today hosts the ninth stop of the series of races of His Highness the President of the State's Cup for Purebred Arabian Horses, which continues its world tours with impressive successes, within the agenda of the 28th edition.

14 horses from the elite European horses, studs and stables are competing for the title of the President of the State's Cup for Arabian Horses in its ninth stop in the Netherlands, in the race, which is held for a distance of 2,150 meters for horses aged four years and over, in the third category.

The prestigious Cup race is witnessing the participation of a distinguished group of elite horses, and the horse (Reunion), which was recently crowned with the title of the German Cup Station, which belongs to the owner Walid bin Zayed, and the supervision of coach John de Meul, and led by the jockey Olivier Dondinier, along with the mare (Umm Taj) is leading the nominations. ) for Al Shaqab Racing, under the supervision of coach Thomas Forsey, and led by Jerome Capper.

For his part, the Chairman of the Supreme Organizing Committee of the President’s Cup Series for Purebred Arabian Horses, Matar Suhail Al Yabhouni, stressed the importance and position of the Dutch leg race in the Cup races agenda, which succeeded in achieving great contributions in terms of encouraging owners and breeders to take care of the Arabian horse, and providing all the ingredients for its successes. And he added in a press statement: "The strong participation of the elite European and Dutch Arabian horses in the race translates the endeavors and goals of the message of our continuous racing series, within the agenda of the twenty-eighth edition."

He stressed that the generous support of the prestigious Cup series reflects the pioneering role of the wise leadership and its great keenness to enhance the successes of the Arabian horse racing process at the global level, praising the distinctive echoes enjoyed by the series of precious Cup races, which represent an important gain for the event.

In turn, the General Supervisor of the President's Cup Series for Purebred Arabian Horses, Faisal Al-Rahmani, expressed his great pride and pride in the great achievements of the precious cup at all organizational levels, the quality of strong horses, and the best studs participating in the event, in addition to the marketing, media and promotional aspects of the Emirates message and its approach. and its pioneering role, so that our country has become an important destination for the global horse racing industry, and at the forefront of destinations for the Arabian horse.