The hand teams of the Sharjah and Bahraini clubs, Al-Najma, are seeking, at 4:30 this afternoon, to win the "Emirati-Bahraini Super" Cup, which is held in its fourth edition under the patronage of Sheikh Abdullah bin Salem Al Qasimi, Deputy Ruler of Sharjah, in a mini Gulf summit hosted by the Sharjah Club Hall. 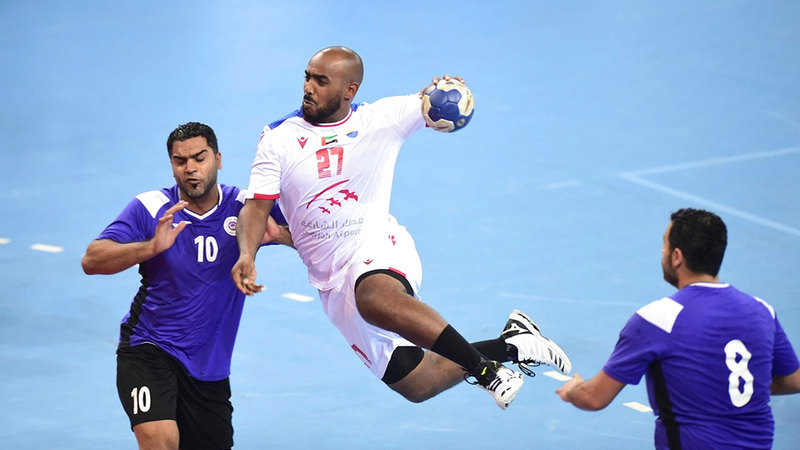 “The King” aspires to keep the title

Sharjah won the competition title in its last edition in 2019. From the source

The hand teams of the Sharjah and Bahraini clubs, Al-Najma, are seeking, at 4:30 this afternoon, to win the "Emirati-Bahraini Super Cup", which is held in its fourth edition under the patronage of Sheikh Abdullah bin Salem Al Qasimi, Deputy Ruler of Sharjah, in a mini Gulf summit hosted by the Sharjah Club Hall.

The two teams qualified for the Super Cup, by seizing the local Super Cup in their respective countries for the current season, after Sharjah succeeded on the ninth of this month in booking his card, by winning over Al-Jazira with a score of “26-22”, before Al-Najma secured his seat, by crowning him last Monday. In the Bahraini Super Cup, after his victory over his neighbor Barbar, by "35-28".

And he sings Sharjah in his fourth appearance in the cup, which began for the first time in 2017, won the double in a row, after he crowned Sharjah with the title of the third edition in 2019, beating Bahraini Barbar 28-27, in a meeting held in the Bahraini capital, Manama, especially since The 2020 edition was postponed due to the Corona pandemic.

On the other hand, Al-Najma is asking for its third title in the tournament, after the Bahraini team won the first and second titles by defeating Sharjah on both occasions, by "23-18" and "27-19", respectively.

The meeting will be managed by an Omani referee team, consisting of the two continental referees, Khamis Al-Wahaibi and Omar Al-Shehhi, and assisted at the table by an Emirati team consisting of Muhammad Nasser, Nawal Mubarak, technical observer Abdullah Khamis, and administrative observer Abdul Salam Rabie.

The technical director of the Sharjah team, the Egyptian coach Hani Al-Fakhrani, relies on the task of retaining the title, on a constellation of experienced citizen players who have previously won the third edition title, behind them is the Tunisian professional Misbah Al-Sanei, the Algerian Zuhair Naim, who is registered in the resident category, and the Egyptian Mahmoud Fayez is among the birth field.

Member of the Board of Directors of Sharjah Club, Chairman of the Team Games Company in the club, Muhammad Obaid Al-Hussan, stressed that the continuity of the tournament reflects the depth of Emirati-Bahraini sports cooperation, and the strengthening of bridges of partnership between the two brotherly countries, as this tournament represents an additional opportunity to meet Gulf youth.

He continued in a press statement: "We look forward to the match coming out in an optimal way that lives up to the ambitions of the sporting leaderships in both countries, in a top match not only at the Gulf level, but also because the hand teams in Sharjah and Al Najma are among the clubs that compete permanently for the Asian championship titles." .

He explained: "Regardless of the identity of the winner, which is a legitimate right for Sharjah and Al Najma together, the arrival of this tournament to its fourth edition confirms the constant keenness of the Handball Federation in the UAE and Bahrain on the continuity of this sporting event that brings together Gulf youth."

• Al-Najma won the first and second edition titles at the expense of Sharjah.