Swedish trotting's discipline and responsibility committee, Stad, condemns Daniel Redén for having breached his strict coaching responsibilities when he started in the Elite Race with the winner Propulsion. The star horse later turned out to be nervous. 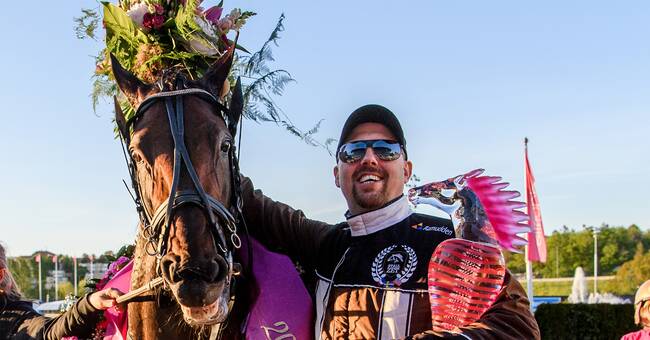 The city believes that the procedure performed on the horse Propulsion should be equated with nerve cutting, something that is not allowed in Sweden.

After the Elite Race victory 2020, the tours around Propulsion have been many.

Trainer Daniel Redén has claimed that the horse was not nerve-cut at all, but that another operation was performed where the loss of sensation is only temporary.

- We believe that this is a completely different form of procedure that is not comparable with how the concept of nerve incision is described in the Swedish veterinary medicine doctrine.

While nerve incision is made to achieve a permanent loss of emotion, this is a procedure that is performed in the United States and relieves pain temporarily.

The vet certifies that the procedure only lasts a while, he said

Daniel Redén's lawyer, Jesper Arvenberg to DN before the verdict.

Svensk Travsport has, however, maintained that the intervention made on Propulsion is equivalent to nerve cutting and demanded the SEK 26 million in prize money that the horse ran into.

So now Stad is following the same line.

The board has decided not to impose any sanction in the form of a fine.

The decision can be appealed to the Swedish Trotting Court of Appeal within 14 days.