"Old Jifuping, ambition is thousands of miles. The martyrs are in their twilight years, and they are full of enthusiasm." On the field, this sentence can not be used to describe the veteran. They were once angered in fresh clothes, dreaming of running into the distance; they waited for honor and gained countless envy; but when they slowly became veterans in everyone’s mouth, they still couldn’t 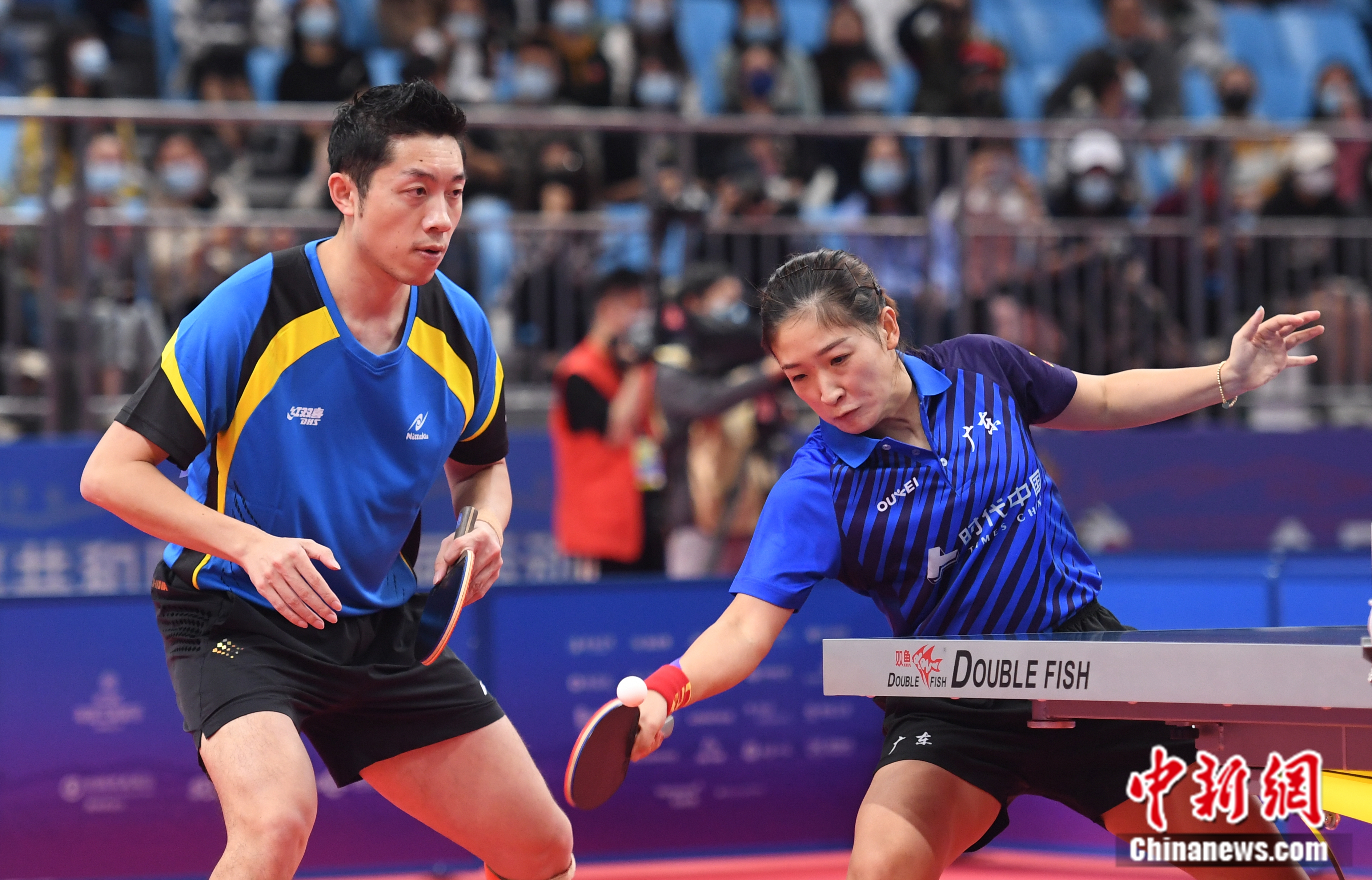 "Old Jifuping, ambition is thousands of miles. The martyrs are in their twilight years, and they are full of enthusiasm." On the field, this sentence can not be used to describe the veteran.

They were once angered in fresh clothes, dreaming of running into the distance; they waited for honor and gained countless envy; but when they slowly became veterans in everyone’s mouth, they still couldn’t conceal their fascination and madness for victory...

On the evening of the 24th, in the table tennis mixed doubles final of the 14th National Games, the Olympic team Xu Xin/Liu Shiwen defeated Cao Wei/Wang Manyu 4:2 and successfully won the gold medal.

When all the dust settled, Xu Xin and Liu Shiwen high-five to celebrate.

At this moment, the two veterans can finally release the pressure on their bodies.

From winning the mixed doubles title in the 2019 ITTF Tour Finals, to the unexpected defeat at the Tokyo Olympics, to today’s summit success... In the past year or so, the "Xin Wen" combination has experienced too much...

Xu Xin is 31 years old and Liu Shiwen is 30 years old. The two veterans who have passed away must have given and sacrificed far more than we thought.

They have bathed in joy, tasted the bitter fruits of defeat, and may have unwillingness and helplessness in their hearts, but their persistence on the court has not changed.

In the mixed doubles final on the 24th, in the first game, Xu Xin/Liu Shiwen attacked strongly at the start, while Cao Wei/Wang Manyu took advantage of the mistake of the "Xin Wen" combination to catch up.

But at the end, Xu Xin/Liu Shiwen speeded up the attacking rhythm, leading the next game with 11:8.

In the second game, Xu Xin/Liu Shiwen had a 6:1 climax in the opening game.

Liu Shiwen's advantage in the "top three boards" was gradually reflected, and the combination of "Xin Wen" won another victory at 11:5.

In the third game, the two sides got into entanglement at the beginning.

After that, Cao Wei/Wang Manyu scored 8 points in a row and pulled back one game.

In the fourth game, the "Xin Wen" combination made many mistakes in the start, but the two frequently mobilized their opponents to tie the score.

In the fifth game, Cao Wei/Wang Manyu established an advantage at the start and pulled back one game.

After that, they withstood the opponent's crazy counterattack and won the game at 13:11.

In this "fairy fight", the combination of "Xin Wen" showed a tacit understanding.

This heavy National Games gold medal is the best reward for the hard work of the two.

But behind the glorious results are the pressure and sacrifices made by the two veterans.

Bring the line of sight back to the eve of the Tokyo Olympics.

In May, the Chinese Table Tennis Association officially announced the list of the Chinese table tennis team participating in the Tokyo Olympics. Both Xu Xin and Liu Shiwen missed the singles arena.

You know, in the field of table tennis, almost every player dreams of becoming a Grand Slam player, and 30-year-old Liu Shiwen is only one Olympic singles champion from her Grand Slam.

"Liu Shiwen's focus on mixed doubles and team competition is also a decision made by the team and the players unanimously." National Ping Pong Women's Head Coach Li Wei said in an interview at the time.

At the Tokyo Olympics, in the mixed doubles event of table tennis, the host Japanese team was eyeing this gold medal.

In the final, Xu Xin/Liu Shiwen, who led the Japanese team 2:0, suffered a reversal and finally regretted losing.

The hardships of preparing for battle and the bitterness of losing came to my heart for a while.

To the camera after the game, Xu Xin took the responsibility of losing the game on himself, and Liu Shiwen cried several times in the interview, "We have tried our best, I am fine, but I just feel sorry for everyone."

The picture shows Liu Shiwen putting on a medal for Xu Xin.

As far as the two veterans are concerned, the pressure they endured at that time can be imagined.

Being able to quickly get out of the haze of defeat and set foot on the more intensely competitive National Games arena with an excellent mental state is already a success.

After all, some netizens say that the National Games will sometimes be harder to play than the Olympics, especially in traditional sports such as table tennis, diving, and weightlifting.

But this time, they didn't let victory slip through their fingertips at the last moment, and happy smiles filled their faces.

As a joint Olympic team, each game may be targeted by opponents. It is conceivable that the difficulty of going to the end is conceivable. The two veterans need to give their all.

In their debut at this National Games, the "Xin Wen" combination defeated Beijing combination Xu Chenhao and Li Yake 3:0 to advance to the quarterfinals in just 18 minutes.

After the game, Liu Shiwen said that this will be her last National Games.

At the same time, she also hopes that the value of the veteran will be further demonstrated.

"I hope that my spirit on the court can affect everyone, and that more and more young athletes will get better and better in the future."

In competitive sports, the phrase "the future is yours" is an affirmation and commendation for young players, and it carries the hope that predecessors have placed on their younger generations.

Time passed quietly in the arena, it witnessed the growth of the young players, but it also quietly buried the seeds of injuries on the old players.

As for the old future, how easy is it to say goodbye to the arena where they have struggled for many years?

In the competition, Liu Shiwen's arm has been affixed with a sports patch. Many netizens said that she was distressed, but she still chose to persist until the end.

"I cherish every game I play, one more game is one." This is Liu Shiwen's heartfelt words when facing the camera before. When it comes to emotions, her voice is slightly trembling, and her eyes are full of the stadium and the fans. Reluctant to give up.

After all the hardships, there was finally a reward. This time, destiny no longer joked with the two battle-tested veterans.

The victory is certainly gratifying, but for Xu Xin and Liu Shiwen, perseverance and dedication for their dreams are already the best interpretation of sportsmanship.

This evening, we witnessed the victory of the "Xin Wen" combination, but please also remember the dedication and sacrifices made by the veterans in weekdays, and remember the unshakable love in their hearts.