They finally started for the World Cup! The lack of money in international football is too crazy...

On the 22nd local time, UEFA’s official website issued a statement expressing concerns about FIFA’s proposal to change the World Cup to a biennial one. It seems that this reform plan, which has been questioned by many parties, seems to be still being pushed forward. Data map: The 69th FIFA Congress was held in Paris, France. Infantino was re-elected as FIFA President. The conference confirmed t 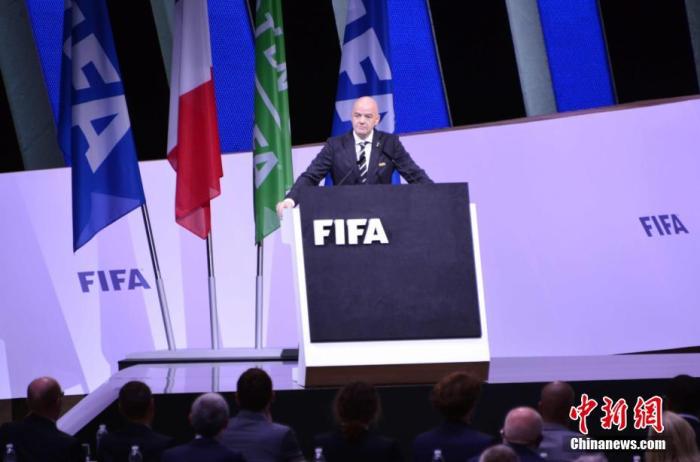 On the 22nd local time, UEFA’s official website issued a statement expressing concerns about FIFA’s proposal to change the World Cup to a biennial one.

It seems that this reform plan, which has been questioned by many parties, seems to be still being pushed forward.

Infantino was re-elected as FIFA President.

The conference confirmed that the number of participating teams in the 2022 World Cup in Qatar will not increase from 32 to 48.

In May of this year, the 71st General Assembly of FIFA passed a proposal to conduct a feasibility study on the holding of the Men’s and Women’s World Cups every two years.

The 209 FIFA-affiliated associations at the meeting voted on the proposal. Of the 188 valid votes, 166 votes in favor and 22 against.

As one of the most influential sports events in the world, the World Cup has been held every 4 years except for special circumstances since it was first held in 1930.

If the World Cup is changed to be held once every two years, it will be an "explosive" event in the history of world football.

After the proposal was put forward, many world football stars appeared in the camp of supporters, including Ronaldo, Tim Cahill, and Manchester United's legendary goalkeeper Schmeichel.

Data map: The summer of 2002 belonged to the Brazilians. The "three-R combination" killed the Quartet in the World Cup in Korea and Japan. In the final, Ronaldo's two goals helped the Samba team to eliminate Germany and win the Hercules Cup as hoped.

But the opposition is also very loud. According to foreign media reports, UEFA President Severin said that if FIFA changes the World Cup to a two-year session, it will be boycotted by UEFA and South American Football.

In UEFA’s latest statement, the possible negative impacts of the World Cup being changed to a two-year session have been counted, including weakening the brand value of the World Cup, players being forced to participate in high-intensity matches every summer, and women’s matches being approached by men’s matches. Steal attention and so on.

It seems that the World Cup reform has become a new battlefield for the interests of all parties.

The reason for the current situation is probably due to the word "money" to a large extent.

Data map: The 1/8 final of the Russia World Cup match between Spain and Russia is about to take place.

Before the game, Russian fans kissed the Hercules Cup.

But in the long run, when the World Cup loses its sense of mystery and the rarity of a four-year event, will it deplete the brand value of this ancient event?

At least, some fans are worried that such a reform is tantamount to a fisherman.

In fact, since the epidemic, controversial events in international football due to "money" are not limited to this World Cup reform.

In April this year, the "European Super League" created by 12 giant clubs caused a strong shock in European football.

These clubs believe that, as the "flow responsibility" of various European competitions, they are the main source of money, but there are other small clubs to share the cake.

Now you have to turn into a cake you make yourself and eat it yourself, and the life and death of other clubs is "nothing to do with me."

After the establishment of the "European Super League", public opinion was in an uproar. Many fans worried that the living environment of small clubs would become more difficult. In the long run, the general environment of European football would be destroyed.

However, this "rising" only lasted less than 3 days before announcing failure. Under the pressure of UEFA and other related stakeholders, the major giants successively announced their withdrawals. In the end, only Real Madrid and Barcelona "depended on each other", and finally had nothing to do. Over.

At that time, many fans who ridiculed Real Madrid as “too sweet” and “this is love” might not have thought that Barcelona strongly supported the “European Super League” at the time. In fact, it was largely because the club’s economic situation was not optimistic. .

The poor economic situation of Barcelona has also become an important reason why Messi had to leave Paris this summer.

On August 8, Beijing time, Messi held a press conference at the Camp Nou Stadium in Barcelona, ​​Spain, where he explained the relevant issues about his departure from Barcelona.

At the press conference, Messi was emotional and choked with tears several times.

The picture shows Messi hiding his face in tears.

On August 5, local time, Barcelona officially announced that Messi will not continue to play for the club, which has become one of the most shocking football news this summer.

The reason given by Barcelona is the economy and related policies of La Liga.

"La Liga will not relax the fiscal fairness bill, and the agreement between La Liga and CVC will take the club as collateral for the next 50 years. The team salary expenditure is 110% of the club's income. Without Messi, the expenditure-to-income ratio is 95%. . It is difficult for us and some players to reach a salary reduction agreement." Barcelona chairman Laporta said.

Data map: Messi completed the 700th goal of his career.

Laporta's "Legacy and CVC agreement" is a game of interests hidden behind the incident of Messi's departure from the team.

Comprehensive foreign media reports, in simple terms, is that CVC investment company injects capital into La Liga, clubs can immediately "divide money", and CVC will get a certain percentage of broadcasting rights in the next 50 years.

Some fans understand the CVC agreement as "drinking poison to quench thirst", but for some small clubs in La Liga, without this capital injection, it is unknown whether the club can survive 50 years, and it is most important to seize the immediate benefits.

For giants like Barcelona and Real Madrid, the 50-year long contract has undoubtedly put a shackle on their future, so they firmly oppose this agreement.

La Liga President Tebas said in an interview with the media: "I am sure that Messi's departure has nothing to do with the so-called economic problems, and everything could have been avoided." "Barca originally approved the CVC agreement, but I don't know why they When Real Madrid rejected CVC, they changed their words. Laporta should not let Florentino (Real Madrid chairman) kidnap Barcelona."

In a recent interview with the media, Barcelona’s vice chairman of economy Romeu talked about the reasons why Messi could not stay in Barcelona.

"We really couldn't register Messi at the time. La Liga gave us only to accept the CVC agreement, and the advice I gave was not to accept it, because this is undoubtedly suicide by taking drugs for Barcelona."

It seems that neither Barcelona nor La Liga want to bear the responsibility of causing Messi to leave Ligue 1.

Data map: The members of the Croatian team who participated in the 2018 Russia World Cup arrived in the Croatian capital Zagreb and were warmly welcomed by the fans.

After Messi left Barcelona, ​​Barcelona and La Liga have had several rounds of mutual rejection on "Why Messi left". The CVC agreement was finally passed in the opposition of a few clubs such as Real Madrid and Barcelona. These opposing clubs did not Will get capital injection, and there is no need to give up broadcasting rights.

La Liga is so "lively", but it has nothing to do with Messi in Paris.

No matter how exciting the game about money is, when the opening whistle is sounded, the focus of people's attention is the game itself.

Under the shadow of the epidemic, it is understandable for all parties to find ways to make money and maintain operations.

But sometimes, if you forget that the foundation of all organizations and leagues is a wonderful football game, you may not get the results you want if you put the cart before the horse.