Money that was to go to gender equality in youth football was handled incorrectly - a manager at the Swedish Football Association had to leave his assignment and several employees wanted it to be reported to the police. SVT can now reveal that one of the incorrect payments was approved by the union's general secretary Håkan Sjöstrand. 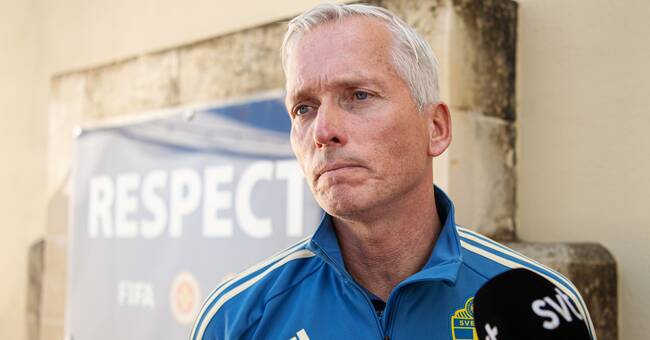 A centrally located manager at the Swedish Football Association paid money from the project "Everyone is different - different is good" to associations where the manager himself had a key role.

During a three-year period, a total of SEK 560,000 was paid out incorrectly.

SVT can now reveal that the union's chief executive, Secretary General Håkan Sjöstrand has approved and certified one of the payments.

The payment was SEK 50,000 and went to the association, where one of the managers of the union himself had a key role.

When SVT asked Håkan Sjöstrand the other day, he said he did not remember the certification, but it will be confirmed on Thursday for SVT:

- Yes, it is true that he has certified one of the payments.

I assume that the investigation that is to examine everything also looks at such things, says Andreas Jansson, communications manager at the Swedish Football Association.

No police report despite criticism

The boss, who was sitting on double chairs, had to leave his post after the incorrect payments were discovered, but no police report was made despite strong internal criticism.

Several employees believe that the manager has been protected by the management.

A total of nine payments were made to the association where the manager himself was involved and since several of them concerned large amounts, senior managers had to certify the invoices.

The communications manager has also certified some.

Were there no alarm bells ringing?

And they were certified together with many other payments, so no, I did not note that, says Andreas Jansson, communications manager at the Swedish Football Association.

How do you look at it like this in retrospect?

- There was no reason for me to have any suspicions about it at all.

I do not see that there is anything I could have done differently.

No police report has been made afterwards and the external investigation that Håkan Sjöstrand has ordered is ongoing.

SVT is looking for Håkan Sjöstrand.