Good day and welcome to the live blog of the Eredivisie. My name is Menno Waebeke and I will keep you informed about today's two matches. Have fun! Sixth round Results:  SC Cambuur-Heracles Almelo 2-1 LIVE: FC Twente-AZ 2-1 Twente-AZ a few seconds ago 44' GOAL AZ! 2-1 There's AZ's tie-in goal and what a one! Jesper Karlsson comes in and hits hard in the short corner. Lars Unnerstall is not q 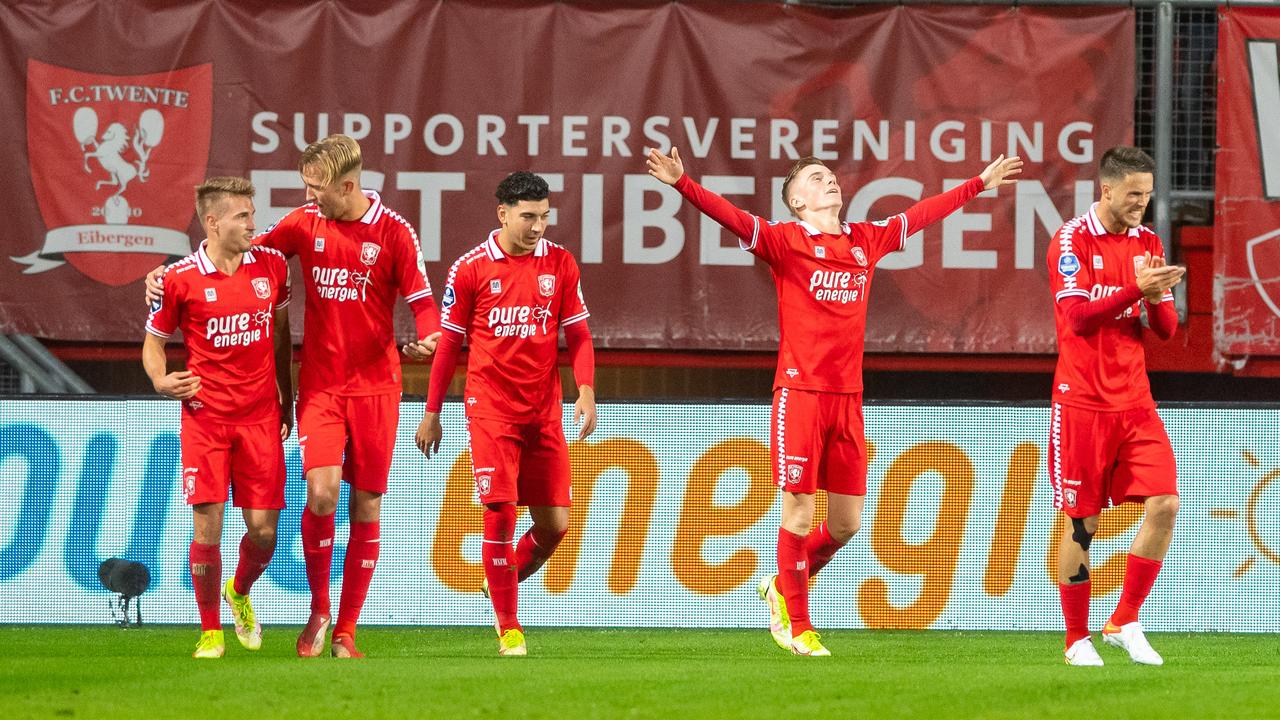 and what a one!

Jesper Karlsson comes in and hits hard in the short corner.

Lars Unnerstall is not quite well positioned and has no chance of the Swede's bet.

42 'Van Wolfswinkel is going to try again and seems to be able to continue.

Good news for the home team.

41 'Van Wolfswinkel is affected so much by the action of Martins Indi that he seems unable to continue.

There is no question of intent, but the defender is thrown on the receipt by Danny Makkelie.

34 'Jesper Karlsson is now also trying from a distance, but AZ's attempts have hardly caused any problems for Lars Unnerstall so far.

29 'Midtsjø tries it from a distance, but his shot flies high over Lars Unnerstall's goal.

AZ has the ball for the time being, but FC Twente has the goals.

It is not the first league goal for the young attacker.

In the last round of last season, Rots was accurate against ADO Den Haag.

22 'Pascal Jansen intervenes and takes Timo Letschert off the field.

The man who made the big mistake at the 2-0 is replaced by Pantelis Hatzidiakos.

Pavlidis is only put in front of the keeper by Gudmundsson, but the Greek pricks the ball through Unnerstall's foot.

The defender loses the ball to Daan Rots who can continue on Vindahl.

The young attacker remains calm and slides into the 2-0 with his left.

It is the striker's third league goal in five games.

The Swede gets the ball in front of the feet, but shoots hard at Unnerstall from close range.

Moreover, the linesman puts his flag in the air and so the possible party would not have taken place anyway.

5 'There AZ is dangerous for the first time.

Martins Indi has a good long ball at home on Dani de Wit, but the midfielder is well run off the ball by Robin Pröpper.

After 32 seconds the ball is already in the net for FC Twente!

Vlap is sent off on the left flank and puts the ball well back at Van Wolfswinkel.

The striker coolly shoots the 1-0 against the ropes.

What a start from the home team!

Gudmundsson has kicked off and Twente-AZ has started!

The Alkmaarders should actually win today to find the connection with the top places.

FC Twente and AZ close the sixth round of the Eredivisie.

The home team has no reason to change after the handsome 4-1 win against Vitesse last Sunday.

Yukinari Sugawara can also show himself again from the kick-off.

The right back plays instead of the sick Aslak Witry.

Cambuur Leeuwarden holds out in the final phase and wins 2-1 against Heracles Almelo.

The home team got off to a great start in the second half and quickly made the 2-0 via Hoedemakers.

In the extra time, things threatened to go wrong for the Leeuwarders when Sinan Bakis took care of the connecting goal.

Cambuur, however, gave nothing away after that and took his revenge from the 9-0 defeat against Ajax.

There's the goal for Heracles!

Sinan Bakis luckily gets the ball in front of his feet and convincingly scores his first goal of the season against the net.

We get an exciting four minutes extra time in Leeuwarden!

Rai Vloet with the chance of 2-1 for Heracles, but the midfielder aims a few meters too high.

The margin for the home team remains quite comfortable with two goals.

The Heracles midfielder gets the ball from Bakis, but hopelessly shoots over from close range.

The Heracles goalie doesn't handle a shot from Kallon well, but it only leads to a corner.

76 'A debutant on the side of Heracles Almelo.

71 'Beautiful pass from Maulun, who puts Kallon away.

The winger fumbles past a number of Heracles defenders, but the ball ends up in Blaswich's hands.

64 'Cambuur is also going to change for the first time.

The substitute gets a lot of freedom in the sixteen-meter area.

Bakis takes the ball to the chest, but his volley goes hard over the Cambuur goal.

60 'Kaj Sierhuis lasted an hour in Leeuwarden today, but is now replaced by Sinan Bakis.

The Turkish striker scored his last Eredivisie goal against Feyenoord on May 13.

59 'Heracles tries, but hardly gets to Sonny Stevens' goal.

At the same time, Cambuur occasionally comes out dangerous in the counter.

Cambuur shoots from the starting blocks in this second half.

The midfielder shoots hard and lowers the 2-0 for the home team against the ropes.

46 'We started the second half between Cambuur and Heracles.

Can the visitors turn the 1-0 deficit into a good result?