Johaug superior in tough race - Björgen did not have the strength

Cross-country star Therese Johaug was superior in the ten kilometer long, and tough, roller ski race Tryvann Opp. For Marit Björgen, who is investing in long distance running this winter, it was a much tougher day. 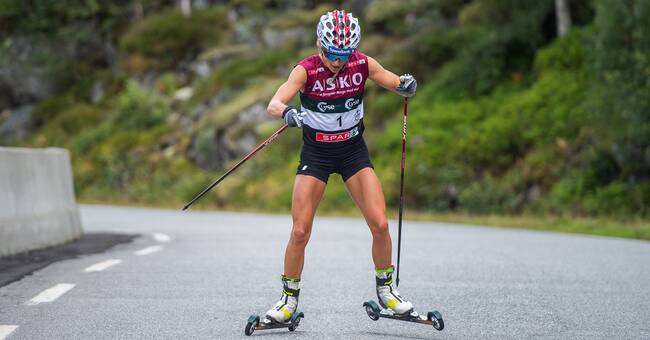 Some managed for a while, but then it went as usual and Johaug finished the competition alone at the front.

Last year, Johaug won the same race by two minutes down to 41-year-old Björgen who was second that time.

Unexpected winner on the men's side

The men's race was won by Thomas Helland Larsen.

He won by 15 seconds down to the star Hans Christer Holund and third was Gaute Kvåle.

- It was hard, but great to get the answers you wanted, says Helland Larsen to NRK.

Even there, Johaug was high up in the results list, Therese's little brother Karstein Johaug was fifth.

The race was 10.3 kilometers long with about 400 meters of elevation gain.