Biles' life after Tokyo: take the reins with a six-figure tour of the United States

The world was still dazzled by her stunts at the Rio 2016 Olympics when Simone Biles found herself immersed in the Kellogg's Tour of Gymnastics Champions, a tour ... 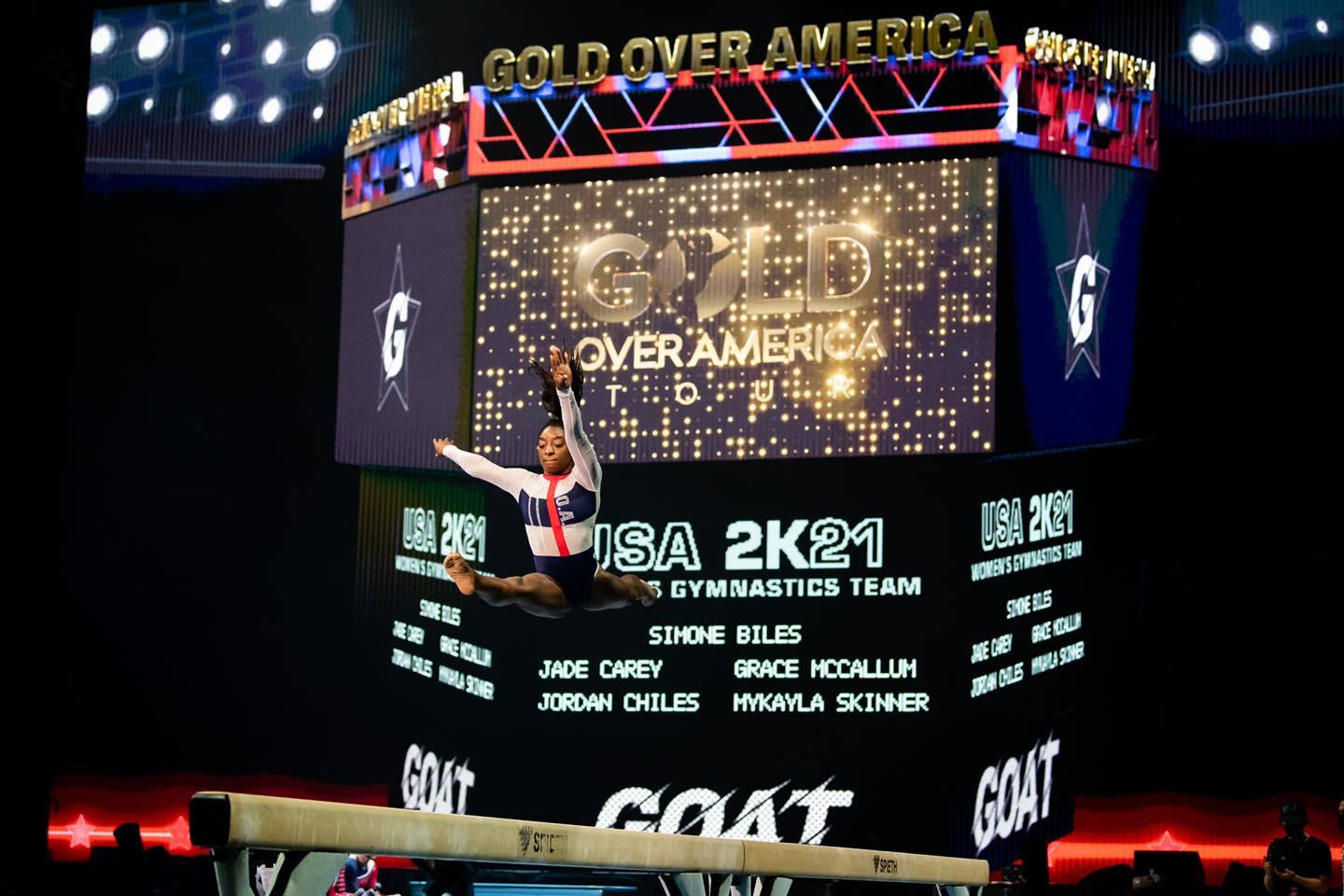 found herself immersed in Kellogg's Tour of Gymnastics Champions, a 36-city tour of the United States with too much to bear: the benefits were for the Federation that gave so much to her. had failed, every night it was presented by the president,

, accused of covering up the abuses of Dr.

... At the age of 19 and, between charity galas, awards ceremonies and late nights, the gymnast agreed to that paripe, He smiled and, at every show, he flew. But now everything is different.

Before the Tokyo Games, Biles already warned the failed United States Gymnastics Federation that it would not have her and, what's more, that she would not have any of her teammates either. Whatever happened in Japan, they would all celebrate with a self-produced tour and despite the dizziness, despite its absence in most tests, despite the pressure, it remains that way. This Wednesday the Gold Over America Tour opened in Tucson with tickets between 20 and 145 euros and until November 7 it will roll throughout the United States including stops at huge venues such as the Barclays Center in Brooklyn [19,000 spectators] or the TD Garden Boston [19,580 viewers]. Another example of how much the best gymnast in history has changed.

Five years ago, I was an employee. Now, after all, after so much, she is the owner. An example: the sponsor of her tour is no longer Kellogg's, which for years stamped her face on cereal boxes, but Athleta, the clothing brand that sponsors her after leaving Nike and that, among other things, helps athletes if they want to get pregnant. Another example: the choreographers of the event are no longer former Olympians

, linked to other times in American gymnastics, but the former head of UCLA University, Valorie Kondos Field, highly valued by gymnasts.

The intention is that all participants receive equally and generously for the tour - a six-figure contract, it is assumed - and that they exercise with those who are comfortable. In fact, on the Gold Over America Tour, Biles herself retaliates for what happened at the Tokyo Games and does it her way: in the air. "We have composed a number called 'Superada' ['Overwhelmed'] in which I explain the anxiety, the depression that I felt there and the path that I must travel to be happy again," the gymnast discovered to 'Los Angeles Times' after offering Another detail:

also participates in that number

, the gymnast who argued for gold when they were both 15 years old, who retired shortly after because of the pressure and who reappeared in the NCAA with a very danced floor routine that went viral.

Along with Biles and Ohashi, in the show are all the American medalists in Tokyo except

and Yankee gymnastics such as

. In most of the show, with live music from various pop artists, they all appear together doing choreographies, although there are moments for individual display that are closer to what happens in competition. In one of those key moments, Biles completes something similar to a floor exercise, but always without 'twisties', the twists in the air that made him dizzy and tormented him in the last Games.

The tour is not a training for her but a diversion, a way to distract herself -and enrich herself, of course- after so many torments, the last one, her recent statement in the Senate as a result of the Larry Nassar case.

"Every day I have something," she commented after attending the Video Music Awards and the Met Gala to avoid facing the question that has been hanging over her for several weeks: Is she still an active gymnast?

"Since the Games I have only had time to improve my health and prepare for the tour," he assured, absent from the World Cup next month, and without defining if he will go to the Paris 2024 Games or if he will announce his retirement before the end of this anus.

It's anyone's guess, but at least one thing is clear: now everything depends on her.

More sport Simone Biles breaks into tears over Nassar's sexual abuse: "The Federation allowed it and the FBI turned its back on everything"

The final interview Marian Rojas Estapé: "For the first time in history, young people are less intelligent than the previous generation"