Barcelona lives an ordeal. His footballers, lonely and discouraged, wander the field without knowing what to do. His coach, Ronald Koeman, leads with regret and ... 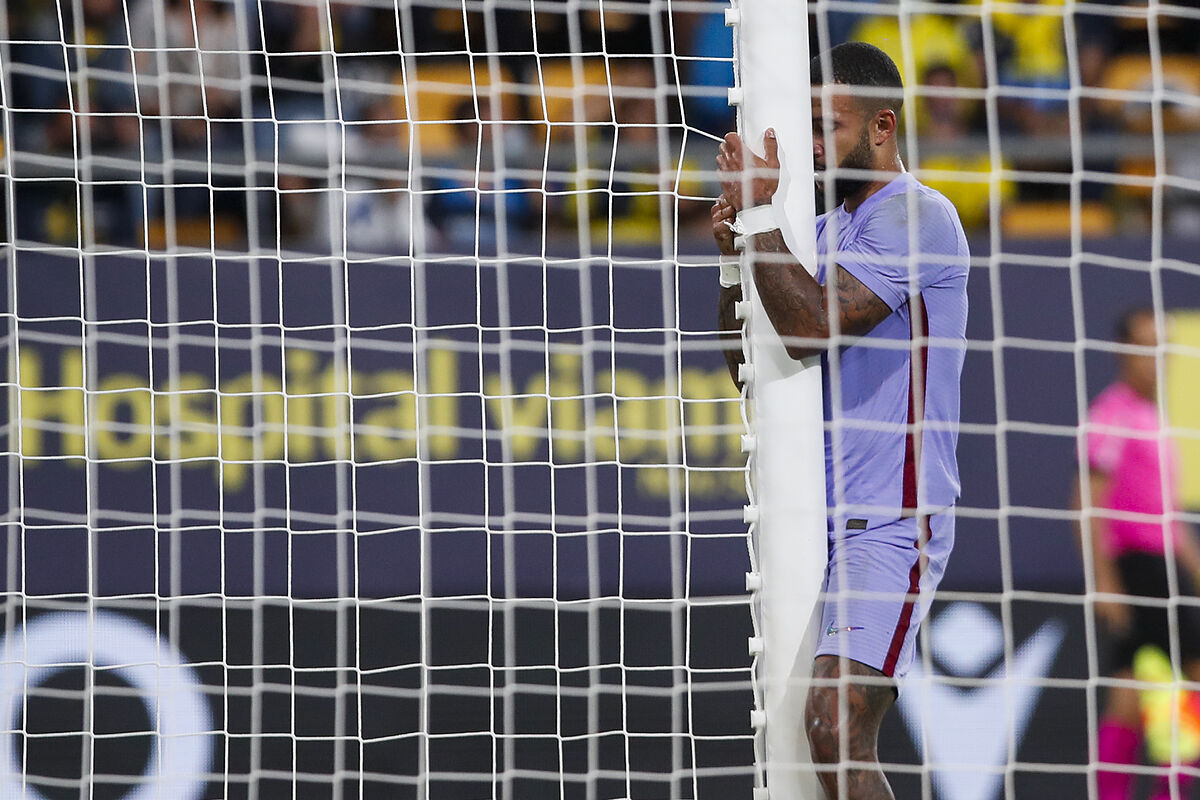 His footballers, lonely and discouraged, wander the field without knowing what to do.

, leads with the grief and immobility of someone seen on the scaffold.

His expulsion in the added time after the demons took him away was metaphorical.

Thrashed by Bayern and frustrated against Granada, Cádiz did nothing more than finish stripping a team that is no longer identified by their game, but by their chaotic evolution.

No one could escape the sadness in the old Carranza.

, with his hands on his face, tried to hide his desperate crying when the paramedics put him on the stretcher. The injuries are treacherous. Fali saw himself at the peak of his career, idolized by his hobby, and sure that he was finally living a dream that not so long ago he considered unrealizable. The action had to be trivial. One pass and nothing more. But the right knee twisted too absurdly. The footballer understood it, with a pain that transcended the physical. And the fans, with their hearts in a fist, could not do more than chant his name while coach Álvaro Cervera lost his gaze into nothingness. Damn football.

Barça did not need any misfortune to recognize sadness.

He has been accompanying him for weeks.

His football invites the torture rack.

Nobody is capable of overflowing one on one.

Nobody breaks into space.

Nobody interprets gaps through which to advance.

And the coach, Ronald Koeman, does not offer any tactical path to footballers who at times seem to have weights tied to their feet.

borders on calamity every time he advances down the lane, be it the right or the left as in Cádiz.

has long lost his compass and has not managed to plot anything with who should be his best ally, a

increasingly absent. Frenkie ended the night sent off and with 25 minutes to play. He risked a frontal entry to

that cost him the second yellow, although the contact did not seem enough to lead to such a punishment.

, meanwhile, has had the opportunity at Barcelona too soon, without tutors who invite him to a cheek that

, starting for the first time at 17 years old.

always tries, but does things it shouldn't, like trying to get around two and three opponents per play. He is so puzzled that, already in the second act, he lost sight of a ball that should have been a goal. The ball passed him under the sole. While

, who came to finish everything, does not finish anything. It even centers better. So Barça closed the first half without a single shot between sticks.

Koeman removed the bench and rescued

to start the second half, with Demir already on the bench. Cádiz, despite sensing that their forces would begin to decline, still knew how to put fear in the body of their rival thanks to a formidable strike from

recalled his best times with his hand finally strong and in the appropriate place. And, already in the twilight due to a loss of

, to whom Koeman has offered amnesty, the German goal saved his team with

Barcelona had to play it outnumbered, without

, who was being their beacon, but with

, always spectral, and another child,

Or yes, because the one who ended up looking for victory until the end was Cádiz while Memphis missed a resounding opportunity in the addition.

Nobody can open seeds / in the heart of the dream,

Without sleep, there are no seeds that are already worth in a Barça that lives in nothing.

FootballThe Ilaix case and the perversion of the football business: "The child is a commodity"

Champions Koeman faces a cyclone in the cold war with Laporta: "He will be judged by his game and by the results"