Pinyaev's double, Kuznetsov's four saves in the "lottery" and the departure of "Rostov": how did you remember the matches of the group stage of the Russian Cup?

Krylia Sovetov scored ten unanswered goals against Znamya and achieved the biggest victory in the history of the tournament, thanks in part to a double by 16-year-old Sergei Pinyaev. Four saves by Alexey Kuznetsov in the penalty shootout helped Ufa put the squeeze on Legion Dynamo. Khimki sensationally lost to Saransk in the lottery. And “Rostov” with a minimum score lost to “The Seagull” and lost the chances of reaching the playoffs. What are the memories of the matches of the group stage of the Russian Cup - in the material RT. 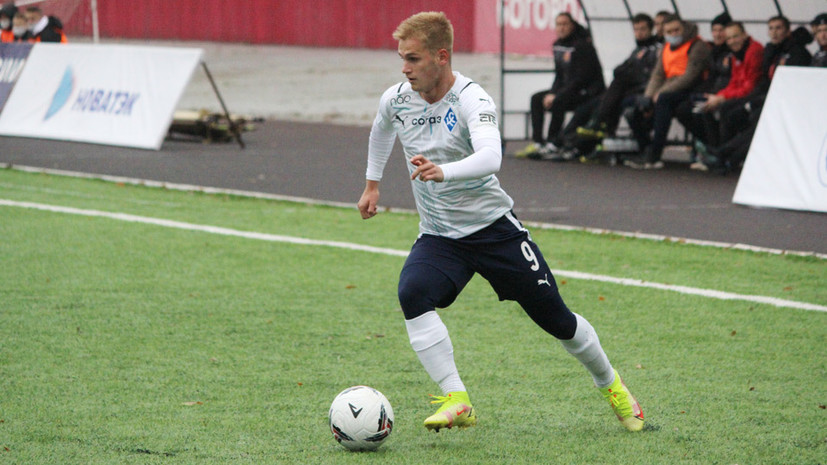 If the majority of RPL teams managed to win easy victories on Wednesday, Ufa had to really suffer with Legion-Dynamo, representing the country's third-strongest division.

At home, Makhachkala residents gave a fight to an rival from the elite, who entered the field with a composition close to optimal.

Even the top scorer of the Premier League at the moment, Hamid Agalarov, has become the base.

However, until the very last moment, neither he nor his partners managed to hit the gates of the owners.

And after an hour of the meeting, Renat Izbulatov's charges took the lead.

The guests managed to escape only in the 94th minute, when, after filing from the flank, central defender Alexei Nikitin, who came into the penalty area, sent the ball into the net.

As a result, the fate of the confrontation was decided in a penalty shootout, the main character of which was the reserve goalkeeper of the Bashkortostanians Alexei Kuznetsov.

The goalkeeper deflected all four hits of the opponents from the “point”.

In the first case, Alexey left the line ahead of time, which did not escape the judge's attention.

But in the second one the Ufa footballer remained at his best and brought his team a hard-willed victory.

It seemed obliged to give battle to "Wings of the Soviets" and "Banner".

A number of eminent senior football players (Renat Yanbaev, Roman Shishkin, Alexander Ryzhkov) play for the Moscow Region team, and the main star is the bronze medalist of the 2008 European Championship Roman Pavlyuchenko.

However, against the background of young and fast wards of Igor Osinkin, the veterans failed to demonstrate anything.

The difference in speed was striking from the first minutes, and the Samaras organized one attack after another.

The result exceeded the wildest expectations of the guests' fans - 10: 0.

This is the biggest victory in the history of the tournament.

It is gratifying that Sergei Pinyaev, one of the main young talents of national football, also managed to prove himself.

For the first time, the midfielder was included in the main squad of Wings and scored a double, and also gave an assist.

Along the way, he got into the top ten youngest goalscorers of the cup.

Other performers also showed themselves.

So, Dmitry Tsypchenko scored a hat-trick, and Ivan Sergeev - a double.

The hosts had a well-known blogger Yevgeny Spiryakov on the field in the end, taking a place at the last line.

The debut at the professional level was not very successful - conceded three goals.

Confident victory of Dynamo in Stavropol

But two other teams representing the RPL have achieved victories with a tennis score.

Muscovites in the Dynamo derby left no chances to their teammates from Stavropol - 6: 0.

It is curious that Sandro Schwartz also did not take care of the base and from the first minutes released almost all the strongest on the field.

As a result, eminent guests distinguished themselves three times in each half. Moreover, no one managed to score more than one goal. Someone else's gate was struck by Dmitry Skopintsev, Denis Makarov, Konstantin Tyukavin, Daniil Fomin, Sylvester Igbun and Yaroslav Gladyshev. The latter's goal is especially remarkable, because the 18-year-old striker made his debut as part of his native team and was able to immediately be noted on the scoreboard.

In turn, Arsenal left no chances for another Dynamo - Bryansk.

By the 20th minute, the Tula scored three times and removed all questions about the outcome of the meeting.

And at the end of the first half, Kings Kangwa scored the fourth.

However, the owners managed to please the people gathered in the stands with a naked prestige performed by Maxim Novikov.

The midfielder delivered a beautiful and strong long-range strike, which Yegor Shamov could not cope with.

In the second half, the guests slowed down, but still struck another goal twice.

Other representatives of the Premier League were not so easy to win.

For example, although Akhmat defeated Kairat-Moscow (3: 0), they scored two of the three goals from the penalty spot.

It is noteworthy that Abubakar Kadyrov managed to open an account in this confrontation in the middle of the first half.

For the 25-year-old nephew of the head of the Chechen Republic Ramzan Kadyrov, this goal became his debut in his adult career.

Krasnodar had to suffer in a duel with the modest Leningrader.

The wards of Sergei Kiryakov were in no way inferior to the venerable opponent, but they lacked a little luck.

Southerners also realized the advantage in the class in the endings of the halves.

First, Alexander Chernikov beat his opponent shortly before the break after playing a set piece.

Grzegorz Krychowiak put an end to it, taking advantage of the defender's gross mistake.

So the Pole scored the first goal in the new team.

And “Nizhny Novgorod” under the leadership of Alexander Kerzhakov only once forced Dynamo Barnaul to capitulate.

Ilya Berkovsky hit the opponent's goal at the very beginning of the game.

The young midfielder managed a splendid shot from outside the penalty area into the near nine.

Sensational defeat of "Rostov" at home

However, the game day of the Russian Cup was not without surprises.

So, Khimki in a mixed squad lost to Saransk in a penalty shootout.

The beginning of the meeting did not bode well for the Moscow region squad of problems.

Already in the 11th minute, Alexander Dolgov sent a projectile into the net, taking advantage of an excellent pass from Denis Glushakov.

In the future, the guests could repeatedly develop their advantage, but instead missed an optional ball after the break.

And the main characters of the "lottery" were the Shebanov brothers.

Denis parried the blows from the "point" of Besard Sabovich and all the same Dolgov, and Alexei realized the decisive attempt - 7: 6.

However, the hosts still have no chance of reaching the 1/8 finals, since they have already played both of their matches and will not score more than two points.

But to solve the problem, Khimki needs to beat Baltika, which has three points.

The first team to make it into the playoffs was sensationally "The Seagull".

A team from the Rostov region last season successfully played in the sub-elite division, but was transferred to FNL-2 due to the match-fixing scandal.

However, even after the forced demotion in the class, she did not become much weaker, which she demonstrated in the Cup of the country.

Sergei Tashuev's wards first beat Torpedo, which is fighting for a place in the Premier League, and then left Rostov with nothing - 1: 0.

The first half of the derby "Seagull" was exemplary.

The nominal owners did not allow the opponent to do anything in the attack, but they themselves opened an account.

One of the leaders of the team from Peschanokopsky Ivan Oleinikov scored a productive blow.

Only in the second half of the meeting, the favorite remembered the serious difference in the class and began to create chances. However, the ball miraculously did not go into the gate of Eugene Pomazan. For example, Nikolai Komlichenko from a couple of meters shot straight into the hands of the goalkeeper, although there was an almost empty target in front of him. Rostov suffered an unexpected defeat and again failed to win under the leadership of Yuri Semin. So far, an experienced specialist in a new place has only one victory with three draws and three defeats.