Harrington promises to tattoo himself at victory

When Europe won the Ryder Cup 2018 in Paris, captain Thomnas Björn had given his team extra lighter fluid by promising to get a tattoo if Europe won the match against the USA. Euroipa won and the needle was put in Björn and now Europe's current captain Padraig Harrington continues the tradition. "It's a given now in the European team, the captain must get a tattoo," Harrington said ahead of this year's match, which begins on Friday in Wisconsin. 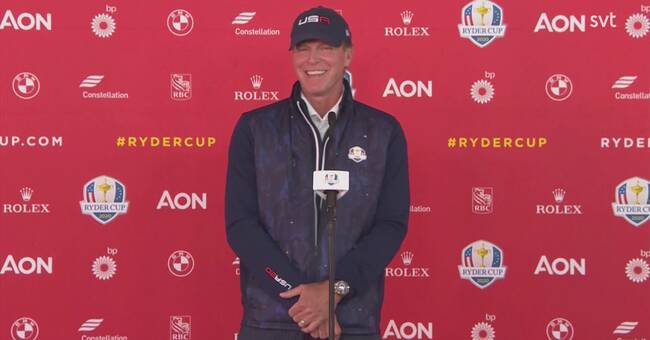 - It will be in a place that only Grace (his wife) can see, Björn promised in 2016 and quite rightly, the Dane showed, on social media after the win, a tattoo with the Ryder Cup logo on one buttock.

Harrington wants to win the Ryder Cup at all costs and said yesterday that he could have gone even further if the players demanded it.

- I'm glad that was all they asked for, I could have gone further than that.

But yes, I will do a tattoo.

- And I do not have a tattoo so it will be a new experience for me, says Europe's Irish captain.

When asked where on the body it will be answered Harringtonm a little embarrassed:

What do you intend to do in the US then if there is a victory?

- Yes, we have discussed it.

But I'm a little unsure, I know my wife and girls want me to do one, but I'll talk to them first.

But my players have suggested what I should tattoo and I have told them where I should have it in that case, it would be on my right half of the buttocks.

We get to see quite simply.