"Everything could be worse than in Belgium": Mazepin on the weather conditions of the Russian Grand Prix and rivalry with Schumacher

If during the Russian Grand Prix the weather conditions are similar to those that were at the Belgian Grand Prix, the race may turn out even worse. Russian pilot Nikita Mazepin announced this at a press conference in Sochi. He believes that he has become stronger after the problems he experienced at the beginning of his debut season. The 22-year-old Haas pilot spoke about the rivalry with Mick Schumacher, advised everyone to watch the duel between Max Verstappen and Lewis Hamilton, and also suggested what advice he would turn to Daniil Kvyat. 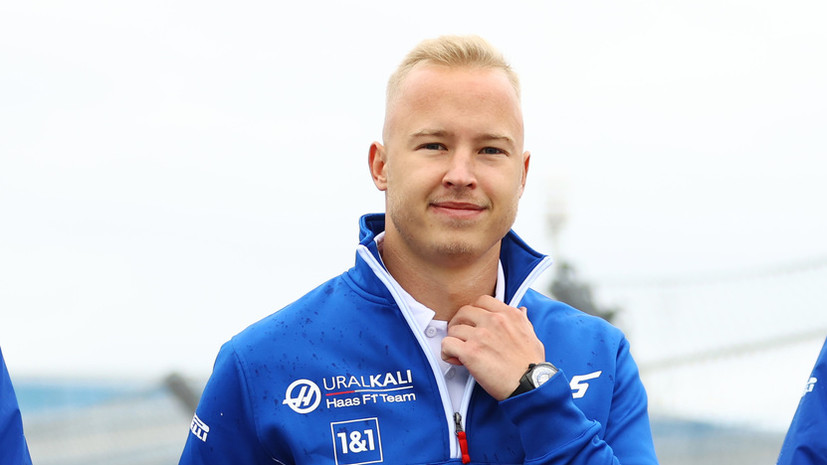 - The debut season in Formula 1 is not easy for you.

Were you able to draw a positive experience, given not the most outstanding results?

- Of course, not everything goes to the piggy bank of positive experience.

There are no ups without falls.

No successful person has ever become like this, going straight up.

I greatly regret some of them.

This is part of life.

Situations like the reversals at the beginning of the season made me stronger.

If we talk about the Sochi Grand Prix, then we do not know what the weather will be (according to the forecast, it will rain on the day of the race. -

With such speeds and in those conditions, things can be worse than in Belgium.

I hope that I will not make such mistakes in front of the Russian public.

- Actions allow us to characterize you as a very emotional person.

Don't you think this is getting in the way of your career, shouldn't you get a little tougher?

- Everyone who knows me will say that I don't need to become tougher.

I manage to keep my professional qualities on the track.

There are no friends there.

We are competing to be the first, putting on a good show for the audience.

As for behavior on the track, no matter how courageous a man is, he must have a good heart.

It's a sin for me to complain about life.

I got into Formula 1, realized my dream.

- For you, this Russian Grand Prix is ​​the first in your career.

For Russian fans, the stage is a significant event.

In 2015, he came here as a novice racer who competed in Formula Renault, then collaborated with Williams, and subsequently traveled here almost every year.

I know the route well, its features, in which direction the wind will blow on the main straight.

This is very important, you know.

- Which of the riders would you advise the fans to watch at the Russian Grand Prix?

Any pilot needs to successfully perform in other series, get a super license.

So all the champions are in the elite.

But at the same time "Formula 1" is not an equal sport.

It's not fun to play here.

The pilot also needs a fast car, depends on engineering decisions, the work of the mechanics and a bit of luck.

Of those riders who managed to put the whole set together, Max Verstappen and Lewis Hamilton stand out ... I think you will see their opposition in Sochi.

It cannot be ignored.

I think Lando Norris and Daniel Riccardo will also be close to the podium, given their emotions and motivation.

- As far as we know, in Formula 1 the rivalry between partners is no less fierce than between the pilots of different teams.

any way coordinating the actions of both riders, or are the teams working in an atmosphere of competition, using certain tricks to succeed?

We are all in competition with each other.

Since the cars are driven by two racers who live different lives, but in the same way want to be on the podium.

My team, engineers really want to overtake and outwit partners.

It is important not to forget that we are a team.

The place in the constructors' championship is no less important than in the individual competition.

A balance must be struck.

I think things are getting better lately.

We get to know each other, we adapt.

But I hope that thanks to the tricks, I finish higher than my partner.

- You play in one team with Mick Schumacher - the son of the legendary Michael Schumacher.

- I have known Mika for a long time - since 2013 we have been in karting together.

It was a great honor for me that our cards were next to each other.

With me was my father, with him - his.

Michael has a wonderful family that takes care of him.

I would not allow myself to ask such questions from an ethical point of view.

- In Formula 2, you competed with Yuki Tsunoda, who started very well in Formula 1, but in the last races he began to experience problems.

What do you think is the reason?

- It is not surprising that adaptation is difficult.

Each person has his own destiny.

Everyone was happy with him after the debut race in Bahrain.

Obviously, the first period of adaptation went smoothly, but then difficulties arose.

We do not know what he has to face.

In general, he is a tough racer.

I hope he succeeds.

- As far as we know, about 30 thousand spectators are planning to attend the Sochi Grand Prix race.

How does this affect you?

- For me, the presence of spectators is important.

I remember how my interaction with them gradually grew.

I remember when I competed in Formula 2, I was the only Russian driver who managed to climb the podium.

He took our flag with him.

The audience really liked it.

When one of the turns passed, people got up from their seats.

Fans cheer up both at good times and at difficult times.

I am very glad that there will be many spectators, the race itself takes place in the Olympic Park.

The atmosphere will be great.

Glad to be here.

- Which of the famous racers of the past would you like to ask for advice before the race in Sochi?

- It would be interesting to talk to Dania Kvyat.

He finished fifth, the best result among Russians at home stages.

I would like to know what is the difference between Formula 1, compare it with the experience I got in Formula 2.

- Due to the sanctions of the World Anti-Doping Committee (

WADA), you will not be able to use the Russian flag in Sochi.

How important is it to you?

- Of course, it is upsetting.

I love my country very much, I am proud to be Russian.

We are a very strong people.

For example, the absence of a flag did not break the Olympians, they achieved success in Tokyo.

Perhaps it even turned on, gave additional strength.

But I am Russian at heart and this is the main thing.