Koeman's agony: only the lack of relief delays his dismissal

The game and the results. These are the two factors that were going to mark the continuity of Ronald Koeman at the head of the Barça bench. And, for now, in his first test ... 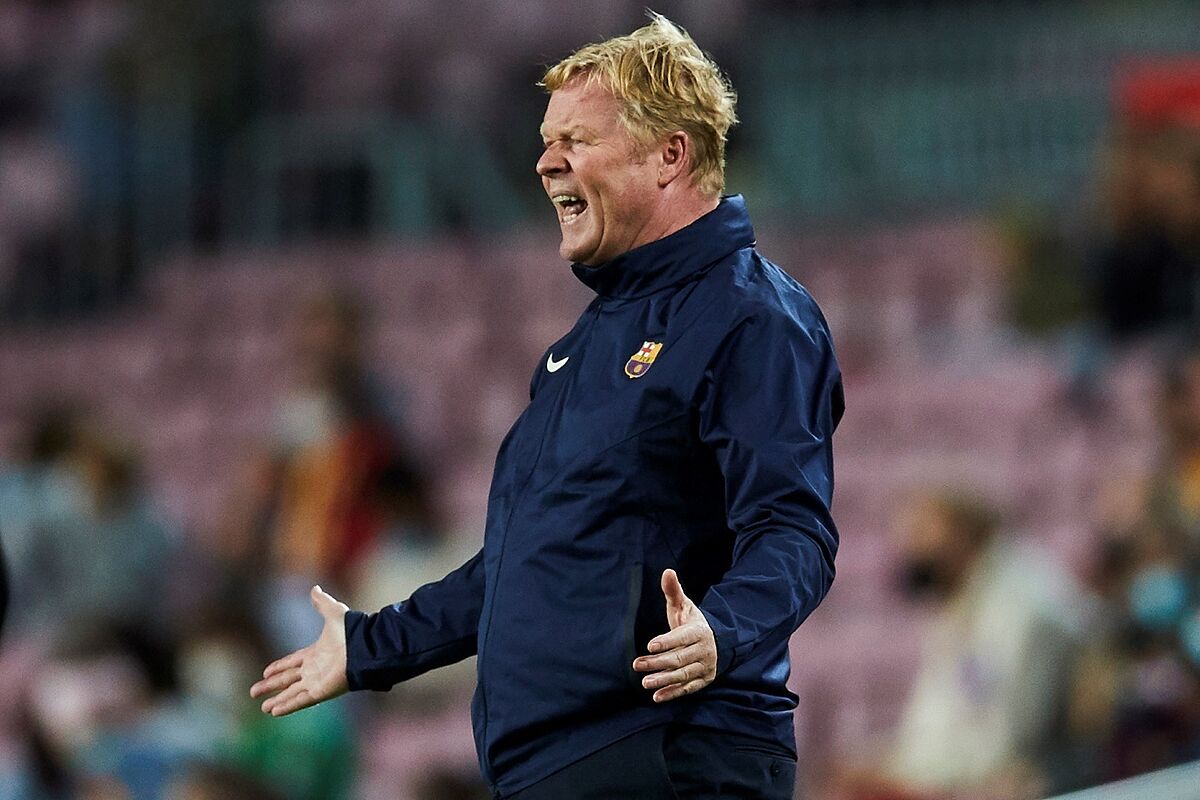 The game and the results. These are the two factors that were going to mark the continuity of

at the head of the Barça bench. And, for now, in his first litmus test, after the humiliation against Bayern Munich in the Champions League, none of them were fulfilled. The Catalans, almost at the last moment, managed to rescue a point at home against Granada that went ahead on the scoreboard and thwarted Barcelona arrivals to the vicinity of their area over and over again. Arrivals that, on the other hand, were more the result of claw than style.

Koeman insisted, again and again after 1-1, that his idea is to use the 4-3-3 that he likes so much at the Camp Nou, but that now circumstances do not allow him.

The truth, however, is that the game ended up transforming into a kind of chaos, with the players trying to make war on their own side and commending themselves to honor.

Something that may be enough in other places, but which, for the Barça imagination, is now practically unthinkable.

«To cheer on the team.

That the fans continue to cheer on the team as they are doing ”,

limited himself to pointing out

when, leaving the club's offices, they asked him about Koeman who, again and as happened last week, he avoided mentioning in your statement.

Look for the long term

The Wembley hero is now evicted. It has been concluded that his profile does not really respond to what is expected of a Barça coach and, right now, the end of his time on the bench is just waiting to find him a replacement who wants to take the reins. Despite the fact that the situation of the Barcelona coffers is far from ideal, the truth is that it already has the 13 million euros in which an imminent dismissal would be encrypted.

Finding the right name to give another air to the team is what is missing to bring Koeman's step to an end. The idea is for that coach to take the reins of Barça for the long term, not for it to be a simple patch waiting for the final bet. For this reason, the option of the current subsidiary coach,

, would be practically ruled out.

The best placed names, of course, are those of

The former renewed his contract with Qatari Al Sadd last May and no longer has an exit clause that would allow him to assume the Barça helm.

It is the favorite.

The arrival of the second, in addition, seems more complicated.

With the final phase of the League of Nations just around the corner and the 2022 World Cup on a not too distant horizon, it does not seem that the Belgian federation is going to easily allow him to change of scene.

Your selection needs you.

Barça also needs a renovation that is slowing down for the moment.

FútbolNeymar: The contract with PSG that dynamited the economic balance of football

FC BarcelonaLaporta squeezes the lemon and continues to drop ballast