Next Saturday, the fifth and final round of the Vice President's Cup for Jiu-Jitsu, which will be held at the Jiu-Jitsu Arena in Zayed Sports City in Abu Dhabi, will be launched, with the participation of elite jiu-jitsu players affiliated with the country's clubs and academies. 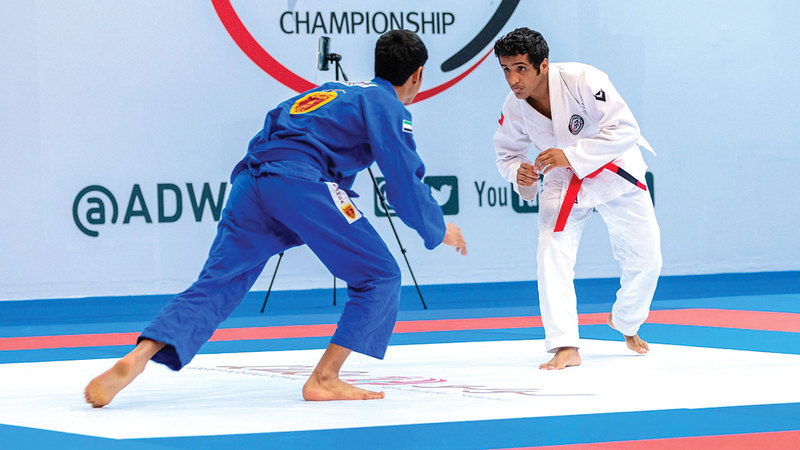 Al-Batran: The breadth of the competition base reflects the development of the game

The tournament will be held at the Jiu-Jitsu Arena in Abu Dhabi.

Next Saturday, the fifth and final round of the Vice President’s Cup for Jiu-Jitsu, which will be held at the Jiu-Jitsu Arena in Zayed Sports City in Abu Dhabi, will be launched, with the participation of elite jiu-jitsu players affiliated with the country’s clubs and academies.

A press release stated: “The final round of the championship will witness competitions in three categories: juniors (under 16 years), youth (under 18 years), and adults (over 18 years).

Over the past four rounds, Al Ain, Al Wahda, Al Jazira, Bani Yas and Sharjah clubs for self-defense have proven their high heels and their ability to provide a distinguished performance on the rug, and all of them will strive hard to continue their ambitious journey and maintain their chances of winning the title, in the junior, youth and adult categories.” .

For his part, Member of the Board of Directors of the Jiu-Jitsu Federation, Youssef Al-Batran, stressed that the expansion of the base of competitors for the title until the last round, reflects the great development of clubs at the state level, and the wonderful work they are doing in developing the capabilities and skills of players, to be able to compete globally, in line with the vision of Union in order to improve the game, and raise the level of competition in local tournaments.

He said: "We expect to see world-class fights in the final round of the championship, in light of the readiness of the players, who recently participated in the Asian Jiu-Jitsu Championship in Abu Dhabi, and succeeded in achieving a number of colorful medals, and it is considered an essential station in preparing them to participate in the World and Abu Dhabi World Professional Championships during the few weeks." coming.”

In the under-16 category, the Sharjah Self-Defense Sports Club enters the competitions in the last round, and is in the lead with 7,780 points, followed by Al Wahda Club with 6570 points, and Al Ain Club with 6,239 points.

As for the under-18 youth category, Al Ain Club leads the competition with 9,430 points, followed by Baniyas Club with 6,360 points, and Al Wahda with 4,280 points.