One of the best players in the match between Saint-Germain and Lyon.. Pochettino explains the reasons for replacing Messi

It was a shock to the fans in the stands, and through the screens, when the fourth referee raised the substitution board, announcing the removal of Argentine star Lionel Messi and the involvement of Moroccan Ashraf Hakimi in his place in the meeting that Saint-Germain won against Lyon yesterday. 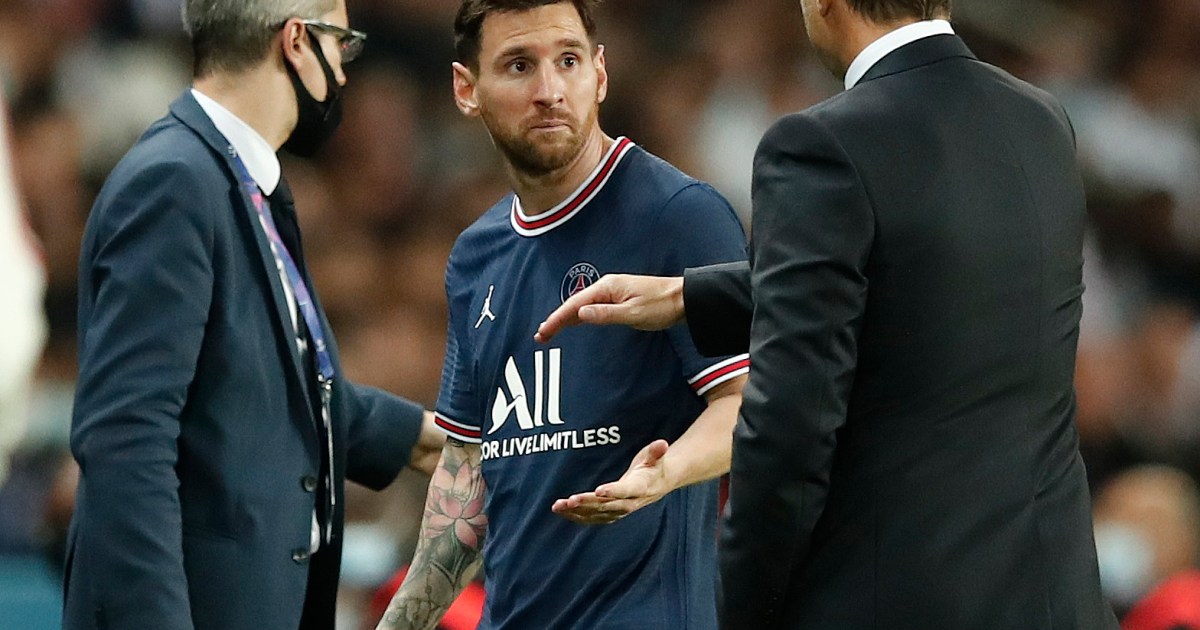 It was a shock to the fans in the stands, and through the screens, when the fourth referee raised the substitution board, in which the Argentine star Lionel Messi was removed and the Moroccan Ashraf Hakimi took his place in Saint-Germain's victory over Lyon yesterday.

In the 75th minute at the time of the substitution, the match, which ended with a difficult victory for PSG 2-1, was on its way to a draw.

However, the other Argentine substitute Mauro Icardi scored the winning goal and the match breathed its last.

Messi getting Subbed OFF

(Look at the reaction of Paredes)pic.twitter.com/mApwV2ctbo

The decision to remove Messi, even though he was one of the best players in the Parisian team, occupied the football public opinion and ignited the communication sites, especially after the photos and videos that showed Messi angry and shocked by the move of his compatriot Mauricio Pochettino, the coach of the Paris team, who found himself compelled to justify taking out the “Bulga” at a time when the team was badly need him.

"We took the decision to take Messi out to protect him from injuries," the Argentine coach said. "We have important matches ahead and I want to protect him."

He continued, "There are decisions that are made for the team, and everyone knows that we have a lot of good players, and we have to choose in the squad and with the progress of the match, and think about the best for the team and all the players."

"Sometimes these decisions may be viewed positively, sometimes not," he concluded.

Messi's numbers in the match show that he was in a good physical level, and he hit a free kick that bounced off the crossbar: