IFK Gothenburg lost the away match against AIK by 1-3. Two of the goals the team conceded in the first twelve minutes and have lost three of the last four matches. - It is clear that we also have higher expectations than having 22 points after 19 matches, says Simon Thern to SVT Sport. 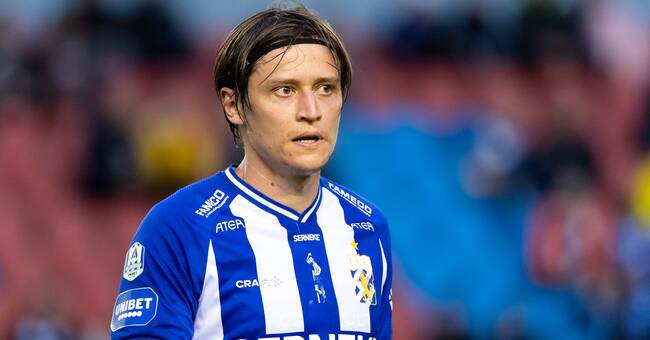 Nabil Bahoui scored two goals in twelve minutes, then the match between AIK and IFK Gothenburg was decided.

Simon Thern did reduce and Blåvitt was on for an equalizer, but the uphill was too steep and AIK won 3-1.

AIK is a very good team to defend themselves.

That we should score three goals on them away requires an extreme performance, even though I think we could have given it a better try, says Simon Thern to SVT Sport.

"We have qualities to avoid the battle for penance"

Blåvitt has now lost three of the last four matches and is only five points ahead of Mjällby, in a negative qualifier.

- It is clear that we also have higher expectations than having 22 points after 19 matches.

It feels like there are periods when it has been a little better, then we get into slumps and have periods where we are far too bad.

If you do not drop three goals away against AIK, you have to score four to win, I have never been involved and done here in any case.

SVT's broadcast reporter, Johan Kücükaslan, asks Thern if he and Blåvitt are worried about being involved in the bottom battle in earnest in the final stages of the season.

Of course we have to start winning football matches.

There is nothing to hide under the chair that if we do not win and the other teams start to win, they will get closer.

We have qualities to avoid the battle of penance.