Sailors Odile van Aanholt and Elise de Ruijter won the European title in the 49erFX on Sunday in Thessaloniki. The two Dutchmen, who escaped a serious accident earlier this week, won the final race and thus secured the gold. 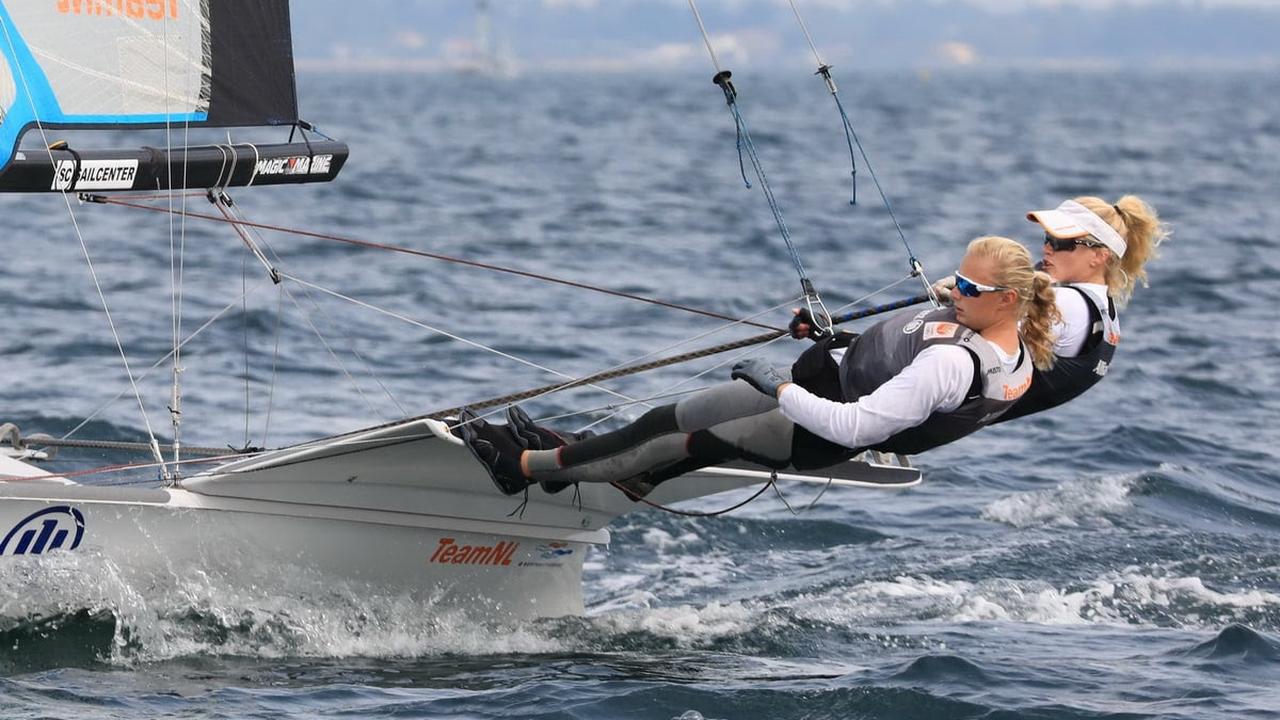 Sailors Odile van Aanholt and Elise de Ruijter won the European title in the 49erFX on Sunday in Thessaloniki.

The two Dutchmen, who escaped a serious accident earlier this week, won the final race and thus secured the gold.

After the overall victory, Van Aanholt looked back on the eventful week, in which things almost went terribly wrong on the second day.

"After our boat broke down on the first day, I had an accident on the second day in which I was thrown into the air with a rope around my neck," said Van Aanholt.

"I'm especially happy that I'm still here and I take that with me from this European Championship. That I'm grateful for what I can do."

Extra special about the title is that the 23-year-old Van Aanholt and the one year younger De Ruijter are an occasional duo.

Van Aanholt and De Ruijter normally sail with Emma Siewers and Willemijn Offerman respectively, who have both been out for a long time due to injuries.

The two therefore sailed together at the European Championships and that actually resulted in the European title.

"We are very happy that we are European champions", Van Aanholt said.

"Given the circumstances it is extra special. Elise and I had never sailed together and this was our first event. Because our regular partners are 'out of the running' due to annoying things, it feels crazy to do this without them."

'Were not every race good'

The duo captured the title by a large margin.

"We have done very well as a team," said Van Aanholt.

"We were really not good for every race, but we kept the peace and won by more than thirty points. We were already certain of the title before the medal race and we also close it nicely with a second place."

Annette Duetz and Annemiek Bekkering, who took bronze in the 49erFX at the Olympics last summer, skipped the European Championship.

The sailors are considering their sporting future.

"It's always a four-year cycle in sailing. We have to take a look at it," Bekkering said after the bronze in Japan.

"It is a 'commitment' that concerns you.

You have to stand behind it 100 percent."