The features of the professional league began to appear at the end of the fourth round, which concluded the day before yesterday, and it was the best and strongest so far with the beginning of the improvement in temperatures, in addition to the emergence of the appropriate technical level for the teams, especially in the lead. 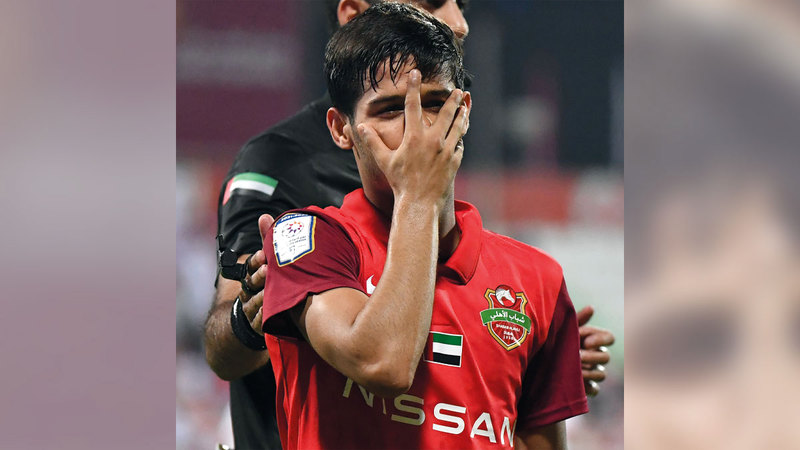 Khaled Obaid: Sharjah is still in competition despite the loss.. And the public confirms:

Mahdi Qaidi contributed to the victory of Al-Ahly youth over Sharjah.

The features of the professional league began to appear at the end of the fourth round, which concluded the day before yesterday, and it was the best and strongest so far with the beginning of the temperature improvement, in addition to the emergence of the appropriate technical level for the teams, especially in the lead.

The initial features of the championship indicate that the League Shield will not be separated from four teams that presented strong levels and maintained their good results until the end of the fourth round, namely Al Ain, Al-Ahly Youth, Al-Jazira, and Sharjah clubs despite their loss.

Al-Ahly youth managed to settle the top of the round against Sharjah, despite being late on more than one occasion, but the second half witnessed the team’s change completely thanks to the good reading of the citizen coach Mahdi Ali, and the changes that transformed the course of the match to achieve an important victory over Sharjah in one of the most beautiful matches of the league and thanks to skill A new and talented player who will have a big role in the tournament this season, the young Iranian player Mehdi Qaidi.

Al-Jazira won a difficult victory over the struggling Emirates team, which, despite its presence at the bottom of the table, offers strong matches, although its ranks were not completed at the level of foreign players, and victory returned to victories at the expense of Khorfakkan with three clean points, but the victory was not satisfactory to the audience, who was Al-Ameed is expected to be a contender for the league title, and despite the failure and loss in two matches, the team is currently in fifth place, six points behind the leaders.

In the Western Region, Al Dhafra lost to Baniyas, to return the "Heavenly" with three precious points, while Al Ain achieved the best start in three seasons, winning four consecutive matches. And the results and foreign players, and the opportunity is available to the team if it wants to continue the performances and results by defeating Al-Orouba in the next round.

The summit of Al-Wasl and Al-Wahda were not at the required level and ended in a positive draw, which is certainly in the interest of Al-Wahda before the owner of the land Al-Wasl.

During the vote in which he participated, 296 voters agreed that 42.3% of the participants agreed on the skill of Al-Ahly youth player Mahdi Qaidi, while 33.2% chose the fatigue of Sharjah players, and 24.5% chose Mahdi Ali's substitutions.

Technical analyst Khaled Obaid confirmed that the Al-Ahly and Sharjah youth match is one of the wonderful matches in the round and championship so far, and Al-Ahly youth won not because it was the best, but many circumstances contributed to this victory, including the appearance of fatigue on a number of Sharjah players.

Khaled Obaid told "Emirates Today": "A strong match in which Sharjah lost with friendly fire and not because of another. Yes, there were good substitutions from Al-Ahly youth coach Mahdi Ali, and great skill from the players, but Sharjah lost the match by itself with a goal in its own right, in addition to A number of his players were tired in the second half as a result of the pressure of the matches.”

He added: "Al-Ain team is the best and has served itself, and has not lost any point so far, unlike Shabab Al-Ahly, who drew against Al-Arabiya and Al-Jazira against the Kalba Union. And he will appear better in the upcoming matches, especially after the completion of the Asian matches.”

To view the entire topic, please click on this link.