SVT's expert after the death: "Unfortunately you will not be surprised"

The cycling world is in mourning after the Dane Chris Anker Sörensen died in an accident the day before the World Cup. SVT's expert commentator Thomas Löfkvist believes that the discussion about safety in the sport will now flare up again. "Unfortunately, you are not surprised, this is not the first time something like this has happened," he says. 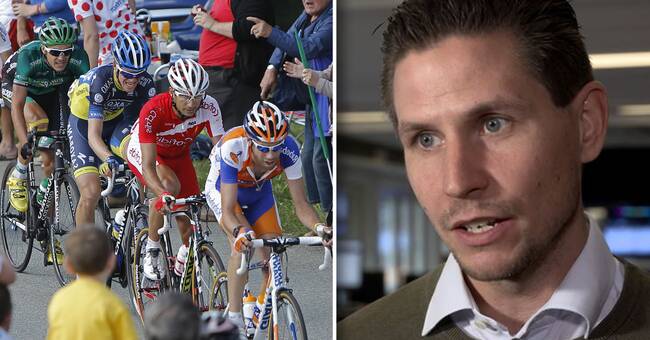 Late on Saturday night, the tragic news came that the Danish former professional cyclist Chris Anker Sörensen had died as a result of a traffic accident where he was hit by a car.

SVT's expert commentator Thomas Löfkvist himself has a professional cyclist career behind him and got to know Sörensen in competition contexts over the years.

- Unfortunately, you are not surprised, this is not the first time something like this has happened.

That he then after his career is hit by a car when he is down and looking at the track ... it is very tragic, says Thomas Löfkvist and adds:

- He has a family at home who has lost a father and a husband.

"A discussion that flares up"

How well did you know each other?

- We are just as old and have flourished in the same circles for a number of years.

We were not very close, but I am Swedish and he is Danish so we talked to each other at competitions.

Chris was a nice guy, very likeable and a gentleman in the crowd.

Chris Anker Sörensen was on site in Flanders, Belgium, to comment on the World Cup competitions on behalf of Danish TV2.

How is the entire cycling community affected by an event like this?

- It is a discussion that flares up every time something like this happens.

It is not so many years since someone was last hit and died.

It has happened a couple of times during my career and the security issue is always relevant.

As an example, Thomas Löfkvist mentions the four-time world champion in tempo races, German Tony Martin, who earlier today announced that the races now at the WC will be his last in his career.

In the motivation for the decision, Martin mentions the difficult crashes that have been in cycling races over the past year and that it simply made him question whether it was worth the risk to continue.

- He has the age to quit, but something he also raises is security.

There is talk of it, but no change is taking place.

The traffic out on the roads where you have your training arena, where I experienced for many years that it became a tougher and harsher climate, which took away the joy a bit.

Thomas Löfkvist was a professional cyclist for ten years between 2004 and 2014.

KLIPP: Who was Chris Anker Sörensen?