Chelsea win derby from Tottenham, United escape in the end with a missed penalty

Chelsea won the derby against Tottenham Hotspur on Sunday. Without Hakim Ziyech on the bench, 'The Blues' were too strong for 'Spurs' 0-3. Manchester United escaped points loss against West Ham United in a spectacular final phase, after Cristiano Ronaldo scored again for the English record champion. 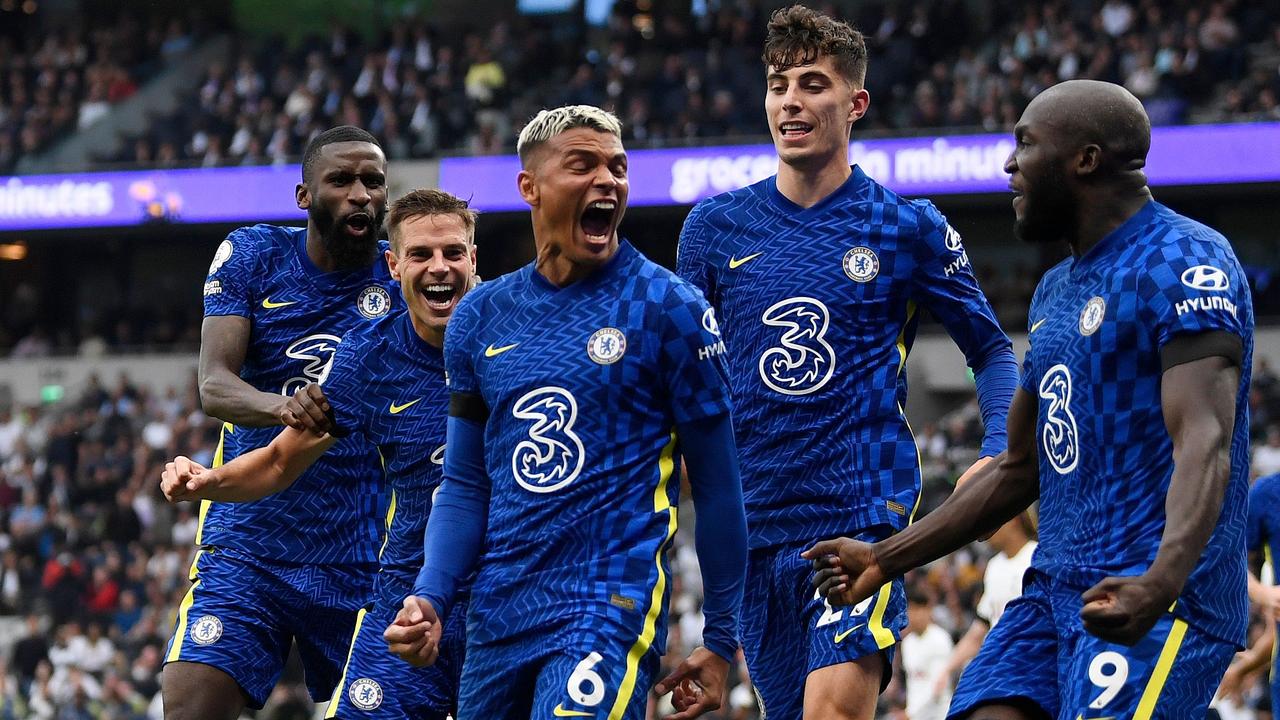 Chelsea won the derby against Tottenham Hotspur on Sunday.

Without Hakim Ziyech on the bench, 'The Blues' were too strong for 'Spurs' 0-3.

After a scoreless first half without a big big one, it was Thiago Silva who broke the ban at the Tottenham Hotspur Stadium after the break.

The 36-year-old Brazilian headed in from a corner from Marcos Alonso.

The midfielder saw his shot through a Tottenham Hotspur defender and the inside of the post land behind Hugo Lloris.

It was Kante's first goal for Chelsea in nearly two years.

The Frenchman was last accurate at Chelsea (1-2 defeat) on November 23, 2019 against Manchester City.

In the final phase, Antonio Rüdiger determined the final score at 0-3.

The defender neatly pushed the ball into the far corner on a pass from substitute Timo Werner, after a corner by Alonso was headed away.

With the win, Chelsea is co-leader in the Premier League after five games.

The team of coach Thomas Tuchel has thirteen points from five matches, the same as Liverpool and Manchester United.

After the second loss in a row, Tottenham Hotspur is seventh in the ranking.

In a game with a bizarre final phase, Manchester United took three points on a visit to West Ham United.

Jesse Lingard made the 1-2 for the Manchester club just before time and that became the final score because Mark Noble on behalf of the home club missed a penalty in the fifth minute of extra time.

With hands by Luke Shaw, United seemed to be heading for the second loss of points of this Premier League season in London.

The ball went on the spot and West Ham coach David Moyes brought in the experienced Noble especially for the penalty kick.

Miraculously, the penalty was saved by David de Gea, who has a very bad reputation when it comes to penalties.

In the Europa League final against Villarreal, he failed to save any of the 11 penalties in the series and failed himself from the spot.

Donny van de Beek sat on the bench for ninety minutes in the London Stadium and saw United fall 1-0 behind after thirty minutes due to a goal from Said Benrahma.

It seemed to stay at 1-1, but in the 89th minute, substitute Lingard, who played on loan for West Ham last year, made the 1-2 and that turned out to be the winning goal due to Noble's missed penalty.

The win put United in second place with 13 points from five games.

Liverpool are leading by a better goal difference (+11 to +9).

The surprising Brighton & Hove Albion has only one point less.

The team of coach Graham Potter won 2-1 at home against Leicester City on Sunday.

Joël Veltman played the entire match for Brighton, which made it 1-0 in the 35th minute thanks to a penalty kick from Frenchman Neal Maupay.

Five minutes after the break Danny Welbeck doubled the lead.

Leicester did not go further than Jamie Vardy's 2-1 in the 62nd minute.

Another Premier League match is scheduled for Sunday at 5.30 pm and that is the London derby Tottenham Hotspur-Chelsea.

Brighton & Hove Albion has had an excellent start to the season.

Brighton & Hove Albion has had an excellent start to the season.

View the results, program and standings in the Premier League