"In all likelihood, he was drunk": how the scandal with the referee darkened the match of children's hockey teams in Moscow

The children's ice hockey Moscow Cup match between the teams born in 2011 "Spartak Sporttech" and "Varlamov Academy" was overshadowed by a serious scandal involving one of the referees. As can be seen in the published videos, he barely stood on skates and fell on the ice several times. The young man could not complete the game. Igor Svetilov, the chief refereeing specialist of the Moscow Ice Hockey Federation, said that his colleague was most likely drunk, and suggested that he would no longer be allowed to work. The organization itself promised to make a decision on its employee on Monday. 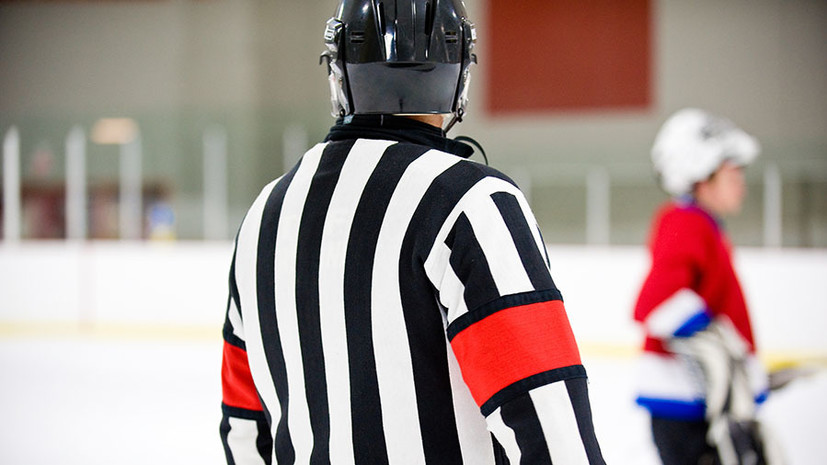 The Moscow children's ice hockey Cup match between the teams "Spartak Sporttech" and "Kharlamov Academy" will be remembered for a long time by those present in the stands.

Unfortunately, the point is not at all in the outstanding performance of one of the young athletes, but in the strange behavior of the referee.

Even before the meeting, it became clear that he was most likely drunk.

The referee very uncertainly went out on the ice during rolling and immediately almost fell.

Saved by his side, as well as the support of a colleague.

Discontentedly examining his skates, the young man again went to the under-stands, and the game began without him.

The judge returned already during the starting period and immediately made a funny somersault under the surprised exclamation of the commentator, who suggested that the man simply did not sharpen the blade properly.

The fall was not the first for him.

A few minutes later, the referee almost fell out on the bench of one of the teams.

After that, the referee's torment finally stopped.

After consulting with the senior partner, he left the site with great difficulty and never returned to it.

However, not everything got into the camera lens.

But some of the parents made an equally funny shot from a different angle.

On it, the main character of the evening moves uncertainly on the ice, holding on to the side.

The young hockey players themselves were left at a loss by what happened.

In the commercials, children's exclamations are heard: "What's wrong with the judge" and "He has already crashed three times."

Adults, on the other hand, worry that he might accidentally receive a serious injury.

As a result, only 20-year-old Nikita Babintsev and 52-year-old Igor Svetilov were named as the main judges in the minutes of the meeting, which ended with the victory of Kharlamov Academy with a score of 4: 2.

However, there were no complaints about them after the match.

Svetilov, who is the chief refereeing specialist of the Moscow Hockey Federation, said that his colleague really tried to serve the game while drunk.

“In all likelihood, this judge was drunk.

They called me, I came urgently, because everything could have ended not very well, because the second referee Nikita Babinsev is quite young.

For the first time in 20 years I have encountered such a thing, our team is normal.

The entire team of FHM judges is at a loss as to how this could have happened ", - quotes Svetilov's words" Championship ".

According to an experienced arbiter, the guilty young man was left without a mother at an early age, and this, probably, could affect his upbringing.

“I will not name this judge, but he will not judge again.

He did not calculate his capabilities a little, I talked to him why this happened.

Most importantly, it was impossible to understand that he was in such a state until he went out on the ice.

His brother is judging us, I talked to him.

He also cannot understand how this happened, ”the referee added.

However, in the Moscow Hockey Federation, a little later, they still named the name of the employee who got into a serious scandal - Emelyan Mayorov.

Also in an official statement published on the organization's website, they promised to make a decision on his future on Monday.

"The Moscow Hockey Federation tomorrow, September 20, will hold a meeting of the Sports and Disciplinary Committee and a meeting of the Regional Colleague of Moscow judges in connection with the incident with referee Yemelyan Mayrov at the 2011 Moscow Cup Winners' match between the teams" Spartak Sporttech "-" Kharlamov Academy " ...

The results and decisions on this issue will be published on the official website, ”the message says.

22-year-old Mayorov is one of the youngest referees in the federation.

He began serving the matches of children's hockey tournaments under her auspices last season.

In eight meetings between the teams, he served as the chief referee.

What happened in the meeting of children's teams caused a serious resonance in domestic hockey.

Thus, the two-time Olympic champion Vyacheslav Fetisov said that it was not even about refereeing, but "about the level of culture, attitude to one's work."

“This means that such people are taken away, who have neither responsibility, nor understanding that the arbtir, especially in children's competitions, is a very important person who should never doubt that he is working honestly, but the most important thing is that the game according to the rules in children from childhood was the main one.

I think the Ice Hockey Federation needs to pay attention to this, engage in educational education, which is part of the education of our children and athletes.

An ugly case in itself.

We have enough problems in children's hockey, and then there are such things, "- Sportbox quotes Fetisov.

According to him, the system must control so that such people do not get into hockey.

But the former head coach of the Russian national team Vyacheslav Bykov, on the contrary, stood up for the young referee.

According to the specialist, first of all, it is worth figuring out whether he is experiencing health problems that could provoke such behavior.

"This is weird. Who allows such people? I think the federation should consider and take measures, because this is a sport, and even more so for children. A drunken person should not, in principle, go to work. But now we need to take a close look at this situation. If it is proven that a person was drunk, that is one thing. But if he just has health problems and he felt bad, then here we can bring bad thoughts to a person. We need to find out exactly this information. Suddenly he has heart problems, and we blame him for alcohol. But if this is really so, then, of course, the federation should understand. Because this should not happen, "Bykov stressed.