Transfer to intensive care, stomach problems and an encouraging prognosis: what is known about Pele's condition after surgery

The legendary Brazilian football player Pele, who had a tumor in his intestines removed in early September, was again transferred to the intensive care unit. According to media reports, this was done more as a precaution. Doctors note that the 80-year-old patient's condition has returned to normal. The daughter of the "king of football" Keli Nascimenta also announced that her father is recovering. 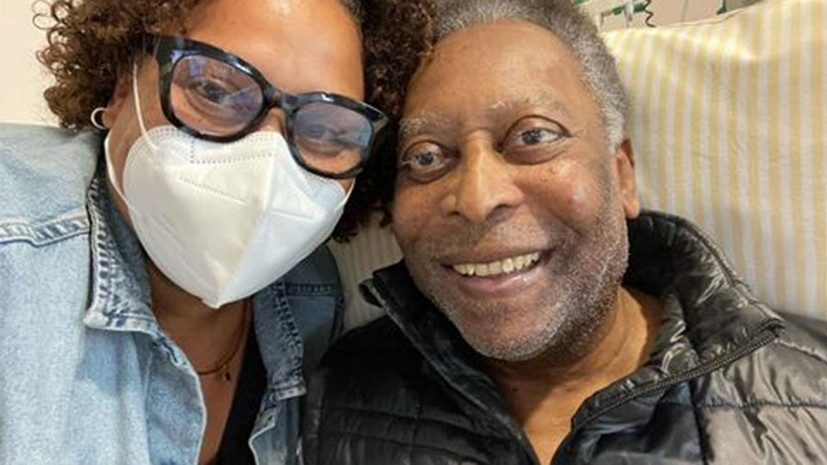 Three-time world champion Edson Arantis do Nascimento, better known as Pele, continues to experience health problems. The day before, he was again transferred to the intensive care unit of the hospital in São Paulo - a few days after surgery to remove a colon tumor. According to ESPN, this was due to acid reflux, a disease in which acid flows back from the stomach into the esophagus.

As Reuters reports, citing doctors at the Albert Einstein Hospital, which houses the top scorer in the history of the Brazilian national team, the patient developed "short-term respiratory instability."

As a result, it was decided to transfer Pele to intensive care.

It is noted that this was done rather as a precaution, since the complications were not serious and the ex-player simply needed special care.

According to doctors, the condition of the 80-year-old patient returned to normal "from the point of view of the cardiovascular and respiratory systems."

Information about the stabilization of the state was also confirmed by the daughter of the legendary Brazilian Keli Nascimento, who allayed the fears of Pele's fans by posting a joint photo with him on Instagram.

I don't know what the rumors are, but my personal messages are booming.

There are enough reasons for anxiety in the world now, and we do not want more of them because of us.

We have just taken this photo ... The recovery process is going well ... Under the normal course of events, recovery for a man of his age after such an operation is usually two steps forward and one back, ”wrote Nascimenta.

A few hours later, Pele himself hastened to reassure subscribers on social networks, thanking them for their support in his Instagram account.

“My friends, my recovery is still going very well.

Family members visited me today and I continue to smile every day.

Thank you for the love that I receive from you, ”he wrote.

Back in late August, rumors appeared in the Brazilian press about Pele's fainting and hospitalization. Then he himself denied them, noting that he did not lose consciousness, but simply underwent a routine medical examination, since he could not do this earlier due to the coronavirus pandemic. And in early September, the "king of football" announced that he had been operated on and had a tumor removed.

“I thank God for feeling very good and for letting doctors Fabio and Miguel take care of my health.

Last Saturday I underwent surgery to remove a suspicious neoplasm in my colon on the right.

The tumor was discovered during the tests I mentioned last week.

Fortunately, I am used to celebrating great victories with you.

I will approach this test with a smile on my face, a great deal of optimism and joy that I live surrounded by the love of my family and friends, ”Pele said on Facebook.

After that, he remained in the hospital for further observation, not forgetting to notify fans about his condition on social networks.

According to the Brazilian, he only got better every day.

In addition, the legendary footballer joked that he intends to play "90 minutes and extra time" in this life.

The doctors also showed optimism, who also assured that the famous athlete was recovering safely.

At that time, he was actively talking and showing signs of normal life.

According to his daughter, the patient was even being prepared to be transferred to a regular ward, and after a while - to be discharged home.

“After the operation, he is in good condition, he is not in pain, and he is in a good mood (though he is annoyed that he can only eat jelly, but he can handle anything).

He is strong and tenacious, and with the support and care of a brilliant team of doctors at the Einstein hospital, relying on all the love, energy and light that the world sends him, he will overcome everything, ”wrote Keli Nascimenta.

So, in February 2020, the Brazilian underwent hip replacement surgery.

His son Edinho said that his father can hardly cope with walking and is embarrassed about it.

According to him, after an unsuccessful rehabilitation, Pele became practically a recluse and became discouraged, since he was not able to leave the house without assistance.

Pele himself later emphasized that he did not have depression.

In addition, the former athlete struggled with kidney and prostate diseases for a long time.

In November 2014, he was hospitalized for surgery to remove stones in his kidney and bladder.

A few weeks later, he again ended up in intensive care due to an infection.

In December, the Brazilian was discharged from the hospital, but already in May 2015 he had to undergo a new surgical intervention - for prostatic hyperplasia. In April 2019, he faced similar problems. After talking with PSG forward Kilian Mbappe, the Brazilian was taken to a Paris hospital because of poor health, and a few days later, already at home, another kidney stone was removed.