The fourth round, "Knot", has been associated with Ajman in the last 5 seasons

The fourth round of the ADNOC Professional Football League continued its contract with Ajman for the fifth consecutive season since returning to the professional ranks in the 2017/2018 season, as the orange did not know the taste of positive results at that stage of the championship and for the fifth season in a row. 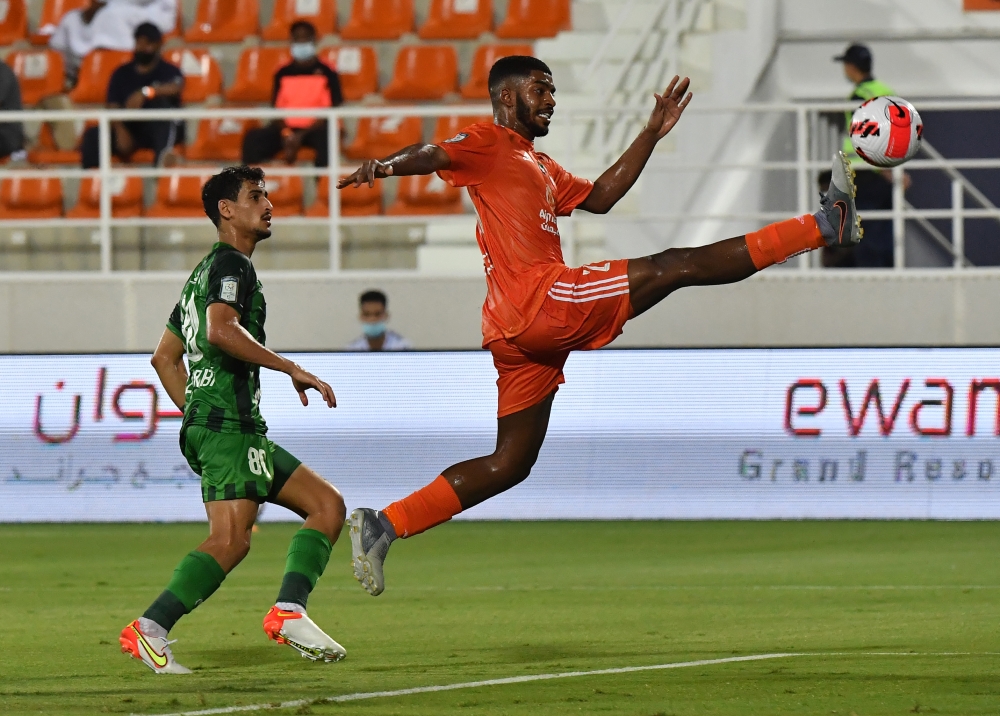 The fourth round, "Knot", has been associated with Ajman in the last 5 seasons

Ajman had fallen into the trap of a 1-1 draw against its host Al-Orouba in the match that brought them together yesterday, to lose the team two points that were within reach of its players, due to the mistake made by the Slovenian defender, Samardjic, and he was expelled after half an hour from the start of the meeting, to force his team to complete Playing with 10 players for more than an hour.

This is the second expulsion that Ajman has been subjected to in four matches, as the midfielder, Mohammed Al-Shehhi, had already received the red card in the Al-Ahly youth match in the second round.

Orange suffered a loss at that stage of the championship last season against Al-Nassr by three goals without a response.

Ajman's Serbian coach, Goran, lamented the result of the confrontation with Arabism, stressing that it was possible to achieve better than it was. He told reporters: "We started the match perfectly and scored an early goal and were waiting to add the second goal, especially since the team played offensively and we had many opportunities that unfortunately were not used in an ideal way."

He added, "Fundamental changes took place in the match, with the Slovenian defender being sent off directly. We were deeply affected by the numerical shortage, and the ball was in most of the time in the possession of the Orouba team, whose players tried to rely on long balls and we managed to keep our net clean in the first half."

The Tunisian coach, Fathi Al-Obeidi, considered that the result of his team's tie against Ajman is very positive, he said. He told reporters, "We played against a strong and dangerous opponent who has been offering remarkable levels since the beginning of the season, but we were a strong match for him, and we even surpassed him in many times and proved that our team is growing little by little."

He added: "Although the draw did not have mercy on Arabism by pitting him against teams of experienced and advanced positions in the league championship, we have presented remarkable levels in front of them, especially in the last two matches, and in each confrontation we prove that we are going in the right path even though we did not achieve victory in any from that match.

He pointed out: "We have had important gains that we have obtained in the recent period, especially against Al-Ahly youth and Ajman. We played with courage and a high fighting spirit, and in the face of Orange, we could have returned with the three points if Kingsley had succeeded in scoring the penalty kick that we obtained, but in the end I am happy." for not losing."