Youth of Al-Ahly and Sharjah.. Mahdi and Al-Anbari summit

Shabab Al-Ahly meets Sharjah in the most prominent matches of the fourth round of the ADNOC Professional League, at 21:00 at Rashid Stadium in Dubai, as it is the match of the top citizen coaches in the league, which brings together Mahdi Ali with Abdulaziz Al-Anbari. The "engineer" seeks to confirm his superiority over Al-Anbari. , single out 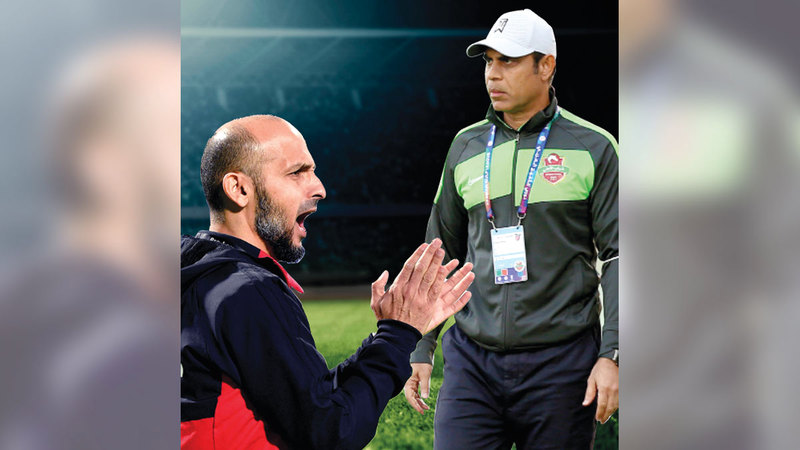 Youth of Al-Ahly and Sharjah.. Mahdi and Al-Anbari summit

Shabab Al-Ahly will meet with Sharjah in the most prominent matches of the fourth round of the ADNOC Professional League, at 21:00 at Rashid Stadium in Dubai.

Al-Muhandis seeks to confirm his superiority over Al-Anbari, especially since the first led Al-Ahly youth last season to beat Sharjah twice, with a goal without a response in the Super Cup, and with the same result in the second leg of the second round of the league, so that Mahdi Ali historically surpassed Al-Anbari in the history of confrontations. The direct between them with three victories compared to one win for the Sharjah coach.

Shabab Al-Ahly hopes to stop the strong start of the "King", who won the first three rounds of the league by defeating Al Ittihad Kalba, Al Dhafra and Al Wasl, so that the team achieves the full mark by obtaining nine points, while the "Dubai Knights" has seven points in its score by beating the Each of the Emirates and Ajman and tied with Arabism.

The most prominent concern of the Al-Ahly youth technical staff will be the absence of veteran goalkeeper Majed Nasser, who was decided by the Disciplinary Committee to suspend him for one match due to his statements against the referee in the last round, while Mahdi Ali hopes that the team will regain its victories after it stumbled in a 0-0 draw against Arabism.

On the other hand, Sharjah enters the match with great focus to compensate for the team's exit last week from the final price of the AFC Champions League by losing to Al-Wahda on penalties, as the "king" seeks to continue its strong start in the league, especially as it has become the team's primary goal in the current season after exiting the tournament. Continental.

Sharjah will miss the services of defender Hassan Saleh, who received the red card in the last match against Sharjah, while Abdulaziz Al-Anbari is betting on the readiness of the team's striking force, namely: Brazilian Bernard, Congolese Ben Malango and Brazilian Caio Lucas.