Team captain: "They find each other in their sleep"

The twins Veera and Oona Kauppi have been joined in Team Thoren by national team colleague and star defender My Kippilä. Now the Finnish super trio want to bring the game chemistry from the national team to the club team. - It does not matter if we have national team or Thoren clothes on, it works just as well, says Veera Kauppi, best scorer in SSL last season. 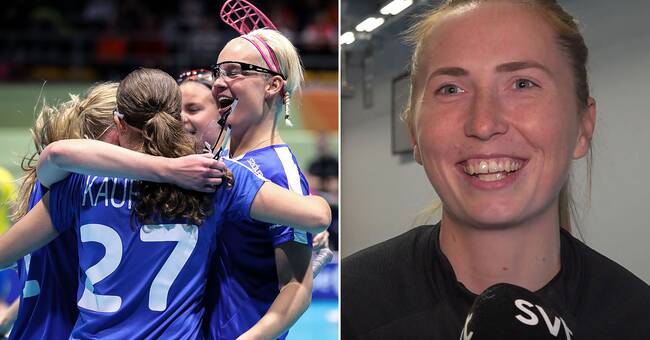 The common routine from the national team is already visible according to Team Thorens team captain Emelie Wibron.

- They find each other in their sleep - it was noticed in the first training, she says.

- Yes, we know where we have each other on the pitch, states My Kippilä, who will face his former club Mora in the SSL premiere.

"Many titles to fight for"

It was gold directly for the newcomers, who are aiming for a replay.

- The goal is without a doubt that we will win Swedish Championship gold again.

Then we also want to win the Swedish Cup and Champions Cup this season.

We have many titles to fight for this year, says Emelie Wibron.