Russian President Vladimir Putin will visit the Winter Olympics in Beijing 2022 - despite the country being banned from participating in the Games. He has been invited by Chinese President Xi Jinping. 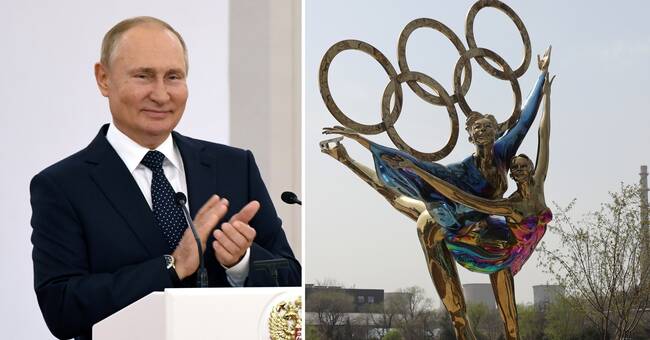 In 2019, the International Anti-Doping Organization Wada banned Russian sports from major sports championships for four years due to doping offenses.

The Sports Arbitration Court Cas halved the ruling in December 2020, which means that the suspension applies until 16 December 2022.

Until then, Russian athletes are only allowed to compete under a neutral flag, provided they can prove that they are clean.

The suspension also applies to Russian government officials - unless they are invited by the host country's leaders.

Now Vladimir Putin has received such an invitation from Chinese President Xi Jinping and according to Russian Foreign Minister Sergei Lavrov, the Russian leader will visit the Winter Games "with joy", states the Russian news agency Tass.

The president has not attended an Olympics since the home games in Sochi in 2014. The

Beijing Olympics will be inaugurated on February 4, 2022.