"Everyone has different life situations": the sale of cars donated to the winners of the Games in Tokyo caused a public outcry

Several participants in the Tokyo Olympics have put up for sale cars presented to them for winning medals in Japan. One of them immediately returned the car to the salon, and the other rescued 5.1 million rubles for it. According to the deputy of the State Duma Vitaly Milonov, it is unethical to get rid of gifts in this way. Fencer Sophia Velikaya believes that athletes have the right to dispose of foreign cars at their own discretion. At the same time, boxer Alexei Tishchenko noted that some athletes need money, while they do not need a car. 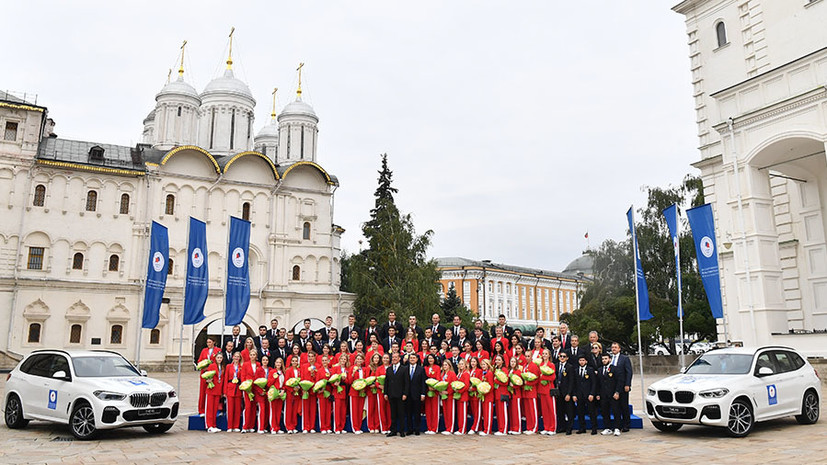 Return to the salon and sale for 5.1 million rubles

The topic of the sale by Russian athletes of expensive cars presented to them for winning Olympic medals is discussed after each Games.

The ones that ended recently in Tokyo, where the national team won 71 awards of various denominations, were no exception.

No sooner had the athletes handed over the keys to foreign cars, when two of them appeared on specialized Internet portals at once.

Literally the next day after the ceremony, a white BMW X3 in the M-package was bought on the Auto.ru website, which was received by one of the silver medalists.

The name of the person is not named, but for the German crossover in the maximum configuration, he rescued 5.1 million rubles.

Just a few days later, it was possible to purchase the BMW X5 of the unnamed Olympic champion in the XDrive30d modification with the M-package.

Moreover, it is sold by the official BMW dealer BaltAvtoTrade-M.

It is reported that the foreign car, most likely, was simply returned to the salon immediately after delivery.

The new owner managed to drive only nine kilometers on it.

The recommended retail price of this model starts at 7.05 million rubles.

The car delivery ceremony took place last week on the Cathedral Square of the Kremlin.

The keys were handed out to the athletes by Dmitry Medvedev, Deputy Chairman of the Security Council of the Russian Federation and Chairman of the Board of Trustees of the Olympians Support Fund.

“It would be wrong not to greet you again and not to say kind words, to sincerely congratulate you on the wonderful results that you achieved at the Summer Olympic Games in Tokyo,” R-Sport quotes Medvedev as saying.

A total of 77 athletes took part in the car delivery ceremony.

The champions received the BMW X5, the silver and bronze medalists - the BMW X3 with various equipment levels.

"Someone simply does not need a car, but money is required"

The news about the sale of expensive vehicles by athletes caused another controversial reaction in the country.

According to the deputy of the State Duma Vitaly Milonov, it is “unethical and indecent” to get rid of gifts in this way.

The politician suggested that from now on not to give cars to those who do not need them, and to replace them with money.

“Yes, the car cannot be compared with the medal award, but it is a small reward for the contribution to the development of Russian sports.

It is also valuable that the car is a gift from the state, the country's leadership.

I will not blame anyone, but it is unpleasant to see such news.

Perhaps next time it is better to ask athletes what they want, ”Milonova quoted Metaratings as saying.

His colleague Svetlana Zhurova, who became the Olympic champion in speed skating, on the contrary, did not see anything reprehensible in what happened, although she still keeps the foreign car presented to her back in 2006.

“Many girls then sold them to buy real estate.

Athletes needed housing they could only buy.

Someone had other family circumstances, in connection with which such a decision was made.

Everyone has it differently.

I still have a car, it is the only one, I still drive it today.

In my time, there was an emphasis that it was from the president, so I decided to keep it.

Today it is not a state gift, but a sponsorship one.

People have the right to do with him as they want, "- quotes the deputy" Sport-Express ".

Athletes interviewed by RT recalled that the topic comes to the surface after each Games.

For example, this was stated by the two-time Olympic champion in fencing, Sophia Velikaya.

“Everyone has different life situations.

It's still an expensive gift.

In my opinion, the winners have the right to do with him whatever they want according to the need, ”she stressed.

It is curious that the Velikaya herself received three expensive foreign cars at once during her long career and disposed of them in different ways.

She was absolutely delighted with the new BMW X5.

“After London we got an Audi. Awesome car - sedan. Just a bomb. But I realized that soon my marital status would change, and I would have to bring strollers, things and other things inside. Therefore, I changed it to a larger car. After Rio de Janeiro, there was a BMW X6, which I changed to a BMW X5. Not happy that the roof is sloping. We, athletes, are all tall, and this is uncomfortable for us. Now we have just been handed the keys to the BMW X5. She completely suits me and suits me. The inscription on the hood "Team of Russia". Illumination from the Olympians Support Fund. I go and get high. I am proud and I want the people to be proud too. Maybe when they see my car, they will remember our victories and overcomes, ”Velikaya added.

In turn, two-time Olympic boxing champion Alexei Tishchenko supported his colleague and urged to treat athletes with understanding, since everyone has different life circumstances.

“It may not look quite right, but personally I don’t see anything reprehensible.

Understand, someone simply does not need a car, but money is required.

I remember well how they gave the keys to the girls gymnasts, and at that time they were not even 18 years old, and they had no right to drive.

Therefore, each situation must be dealt with separately.

But, I want to say, in the end the minority gets rid of the presentation, ”Tishchenko assured.

At the same time, he parted with his trophy, received for winning the Olympics in Beijing, relatively recently.

“After the Olympic Games in Athens, cars have not yet been gifted.

But when they returned from Beijing, they handed over a brand new car.

Decorated it and drove.

And only recently, when he was ten years old, he sold it, ”added Tishchenko.

Finally, according to three-time Olympic champion Alla Shishkina, athletes have the right to dispose of gifts as they please.

The synchronist believes that there is nothing wrong with wanting to get rid of the car.

“There are different reasons: someone sells, because money is urgently needed, because the car is expensive.

Someone sells, because they already have a car and they like it.

This is nothing like that, "- quotes the words of Shishkina" Sport-Express ".

Auction from Bobrova and a gift to parents from Zagitova

The tradition of awarding foreign cars to the Olympic medalists originated in Russia back in 2006 after the end of the Winter Games in Turin.

The winners have always disposed of them in their own way.

So, after the Games in Rio de Janeiro, the champions were also presented with a BMW X6.

A year later, one of them was put up for sale.

The cost was 4.1 million rubles.

“The car is unique, inside it is decorated with Olympic rings, the inscription on the panel“ Russian national team ”and illumination with the emblem of the Olympians Support Fund.

It is in excellent condition and has recently undergone a second MOT, ”the announcement said.

The swimmer explained her decision by her desire to buy an apartment.

“I am sincerely grateful for this gift to the Russian Olympians Support Fund and Russian Prime Minister Dmitry Medvedev.

But now I have other needs ", - quotes the words of Efimova" All Sport ".

We parted with valuable presents after the home Olympics in Sochi.

Then biathlete Alexei Volkov got rid of the gold Mercedes GL in order to get a used Porshe Panamera in a mirror color.

Figure skater Ekaterina Bobrova also sold her Mercedes, but she sent all the money to charity.

Her colleague Alina Zagitova, after winning the 2018 Olympic Games in Pyeongchang, gave her BMW X6 to her parents altogether, since at that time she was not 18 years old.

But at the ceremony, she promised to start training in order to pass on the right.