Ronaldo is "angry", Messi is "stressed" and the Barcelona fans are "impressed"!

Four shocks shocked the Champions League fans at the start of the first round, which witnessed an extension of a dilapidated version of the Barcelona team embodied in its harsh defeat against Bayern Munich 0-3, and its lights focused on the first anger of the Portuguese legend Cristiano Ronaldo towards his coach in Manchester 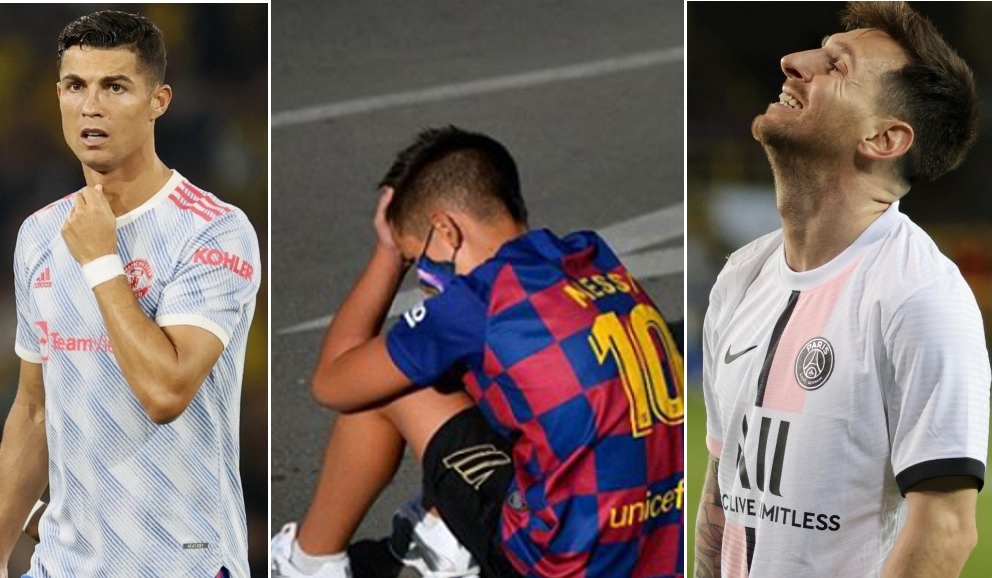 The first shocks in the Champions League

Ronaldo is "angry", Messi is "stressed" and the Barcelona fans are "impressed"!

Four shocks shocked the Champions League fans at the start of the first round, which witnessed an extension of a dilapidated version of the Barcelona team embodied in its harsh defeat against Bayern Munich 0-3, and its lights focused on the first state of anger of the Portuguese legend Cristiano Ronaldo towards his coach in Manchester United, the Scottish Solshire, while recording The tour saw a sudden fall of the trio of Messi, Neymar and Mbappe in the ambush of a tie with Club Brugge, and it seems that “a billion Paris Saint-Germain is not enough.” As for the “royal club” Real Madrid, Inter Milan hit Inter Milan in their home with the youngest player, Brazilian samba dancer Rodrigo (19 years).

The catastrophic level of Barcelona

, ​​Barcelona became an easy prey for the big teams, after it was subjected to a new shock in front of the terrifying Bayern Munich, who defeated him with three clean goals, to bring to mind the heavy loss he inflicted on him in the previous version 2-8, and the signs of misery were clear on the faces of Barca supporters who followed with mother He appointed them the "worst squad" bearing the club's slogan for decades, and this was expressly expressed by the Spanish newspaper "Marca" after the match, so that the Barcelona fans continued to be defeated by the meager results in front of the big teams.

Ronaldo scores and leaves angry. The

cameras spotted the first angry situation of Portuguese star Cristiano Ronaldo in his Manchester United shirt since he moved to him in the “Summer Mercato”, as he scored a goal in the 13th minute and continued writing history in the Champions League, but he was surprised by Scottish coach Solskjaer taking him out of the field, to lose. The Devils” later 1-2 against the Swiss Young Old Boys, affected by Solskjaer’s substitutions and the expulsion of Bissaka.

Messi, Neymar and Mbappe .. a billion is not enough.

Argentine Lionel Messi did not taste the taste of victory and was unable to score with Paris Saint-Germain, so the team drew 1-1 against Club Brugge, despite the great disparity in the balance of power between the two teams, as the market value of the players reached Saint-Germain billion euros, compared to 150 million euros for Club Brugge players! Messi, Neymar, Mbappe and the rest of the stars were unable to tip the balance of the Parisian team! Which proves that Messi will live under psychological pressure and lead the team to a victory accompanied by a convincing performance.

curse of Rodrygo continues to chase Inter Milan after he scored the winning goal for the second time in a row, and the irony was that Rodrygo scored the victory goal for Real Madrid in the 89th minute to win the "royal" 1-zero, while the player himself had scored the Inter goal. In the meeting of the two teams last season in the 80th minute, after his participation as a substitute, Real Madrid won 3-2.