PSV with familiar line-up against Sociedad, Vinícius for the first time in selection

PSV will face Real Sociedad in the Europa League on Thursday with the trusted names. Trainer Roger Schmidt opts for the same players as last weekend in the 0-3 win against AZ. 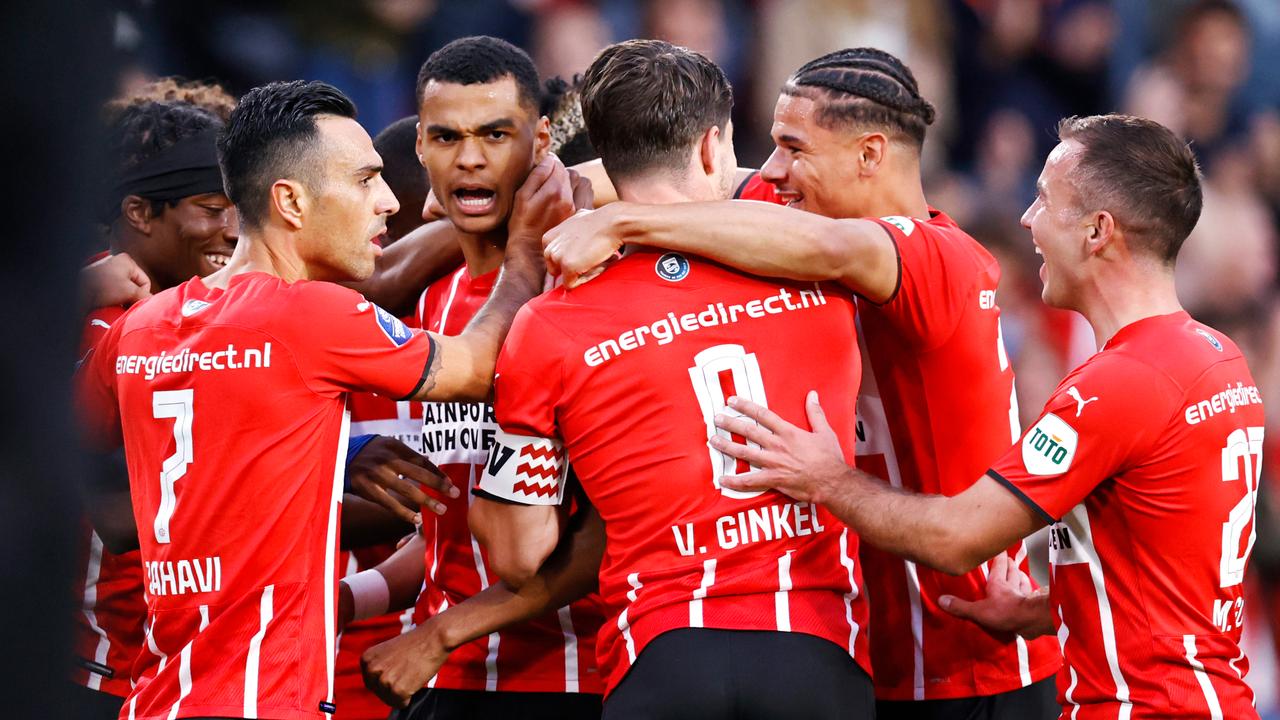 PSV will face Real Sociedad in the Europa League on Thursday with the trusted names.

Trainer Roger Schmidt opts for the same players as last weekend in the 0-3 win against AZ.

The new striker Carlos Vinícius is in the match selection for the first time.

The Brazilian has received his work permit, but will still start on the bench against Sociedad.

The Ivorian returned injured after the international match.

PSV has been sentenced to play the Europa League because it was narrowly eliminated by Benfica in the play-offs for the Champions League.

The Eindhoven team is the only Dutch participant in the second European club tournament this season.

PSV will start the group stage at 9 p.m. with a home match against Real Sociedad, which is fourth in the Spanish La Liga.

Sturm Graz (September 30) and AS Monaco (October 21) are the other opponents in group B.

At Real Sociedad, former Willem II striker Alexander Isak is in the lead.

Another player with a past in the Eredivisie, Alexander Sørloth (former FC Groningen), starts on the bench with the Spaniards.

Albert Gudmundsson starts in the base at AZ.

Albert Gudmundsson starts in the base at AZ.

AZ will also start the group stage of a European tournament at 9 p.m.

The Alkmaarders will play against Randers FC in Denmark.

Trainer Pascal Jansen is making one change in his team.

Albert Gudmundsson replaces Zakaria Aboukhlal, who was still in the base against PSV.

The Icelander is at the forefront with Vangelis Pavlidis and Jesper Karlsson.

AZ, which is further classified in group D with the Romanian CFR Cluj and the Czech Jablonec, is one of the three Dutch clubs in the Conference League.

Feyenoord and Vitesse are the other participants.