On Thursday, domestic and foreign media praised Ajax and especially Sébastien Haller after the victory over Sporting CP in the Champions League. Haller led his team to a special 1-5 win with no fewer than four goals. 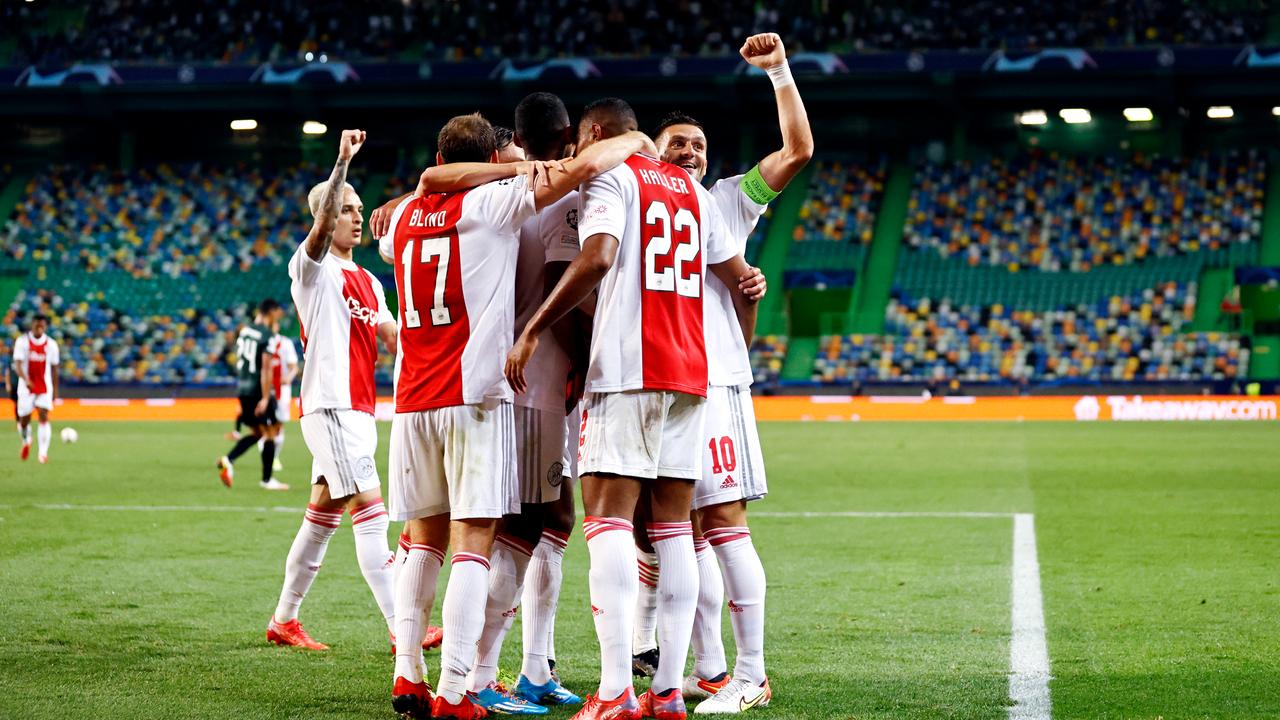 On Thursday, domestic and foreign media praised Ajax and especially Sébastien Haller after the victory over Sporting CP in the Champions League.

Haller led his team to a special 1-5 win with no fewer than four goals.

! Otherwise, the first appearance of Sébastien Haller against Sporting cannot be described. The question of whether the striker, who scores a lot in the Eredivisie, is also good enough for the ball of millions was answered by the French Ivorian in Estadio José Alvalade himself with a loud and clear "

is also impressed by what Haller showed.

"The man who was replaced against PSV in the Johan Cruijff ArenA more than five weeks ago to loud cheers, found himself after more than an hour of playing in the José Alvalade Stadium for an away section where 1,300 accompanying fans chanted his name loudly and teammates who broke up. point by point to the unleashed striker of Ajax."

does not only highlight Haller.

"He was the finisher in Lisbon, but the Brazilian Antony was the absolute trendsetter in the exciting duel. He was sometimes inimitable in his individual actions and was at the basis of four Amsterdam hits."

View the summary of Ajax's sensational victory in CL

'It became a nightmare for Sporting'

Similarly, in France, the homeland of the Ivorian international, the four goals are written about.

"Not Antoine Griezmann or Olivier Giroud, but Sébastien Haller stood out,"

"The 1.90m giant was relentless during his first Champions League night. He will remember this evening for a long time."

In Portugal, the word 'nightmare' is widely used in an attempt to denote Sporting's evening.

writes: "Without an absolute top class team, Ajax showed that it was well prepared and linked Sporting with Haller and Antony as the best. For Sporting, the first Champions League match in four years became a nightmare."

used words to that effect.

"Antony and Haller exposed Sporting's technical and tactical weakness. It hit the mark after 68 seconds. Sporting had a nightmare of epic proportions."