Comforted after the drastic self-esteem

An incomprehensible blunder. And goalkeeper Thomas Strakosha needed to be comforted afterwards. 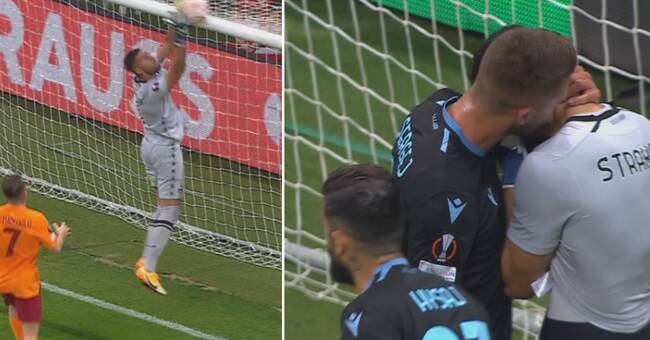 In the season's first group match in the Europa League, Lazio were relegated due to a huge mistake.

Away against Galatasaray, Lazio defender Manuel Lazzari would defend a post, his clearance was a slanted kick that flew in a high arc towards goal.

Goalkeeper Thomas Strakosha reached at the crossbar to try to catch the ball.

But it slipped out of his gloves, and goal cheers for the home team.

The Albanian goalkeeper was saddened after the blunder and was comforted by teammates.

The own goal was also decisive in the match, 1-0 to Galatasaray.

See the event in the player above.