Joao Félix: the day he left Porto, doctor Van Dijk's scalpel and a veto on his barter with Griezmann

Between Viseu and Porto there is just over an hour by car. There are 130 kilometers that separate the city where the boy Joao Félix grew up (1999) and the enclave where he began to ... 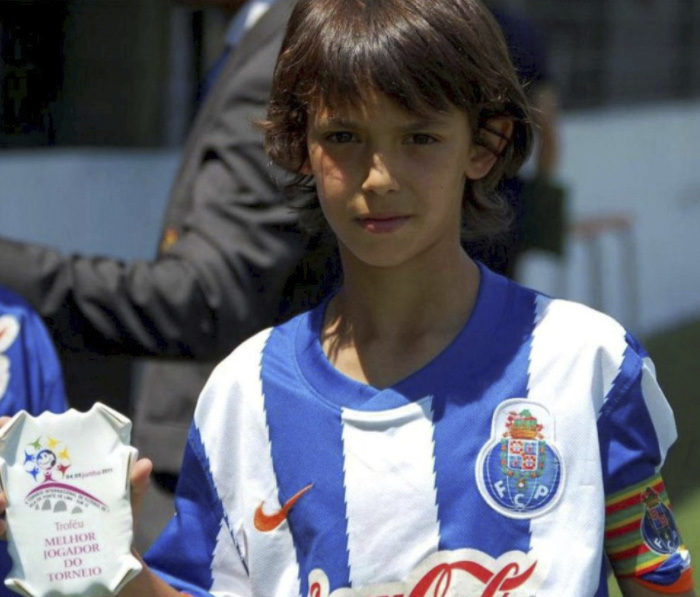 Between Viseu and Porto there is just over an hour by car. There are 130 kilometers that separate the city in which the boy

(1999) and the enclave where the Portuguese footballer began to emerge. Half the distance to Lisbon, the capital, where he finally hatched, defending the incarnate shirt of Benfica, that of the eternal rival. So his father,

, a physical education teacher, completed the daily journey to Porto at the wheel, convinced that his eldest son would uncork his exuberant talent with the ball there. It was more than 1,000 km a week. Joao was a

However, the love affair with Porto FC broke down in 2015, when he was already a teenager. There were different rumors about the reasons for the breakup. What if the blue and white club had not paid the necessary attention. What if he had not had enough minutes and he was not happy. What if his physique, yet to be developed, was very fragile. Whispers that

, her mother, would deny in a report on

: "Going out was her decision."

His coach in the

did so in an interview with the newspaper

: «We did not kick him out of Porto. We all wanted him to continue, but his decision was different ».

Two and a half months ago, Joao Félix visited the city of Porto, although not for pleasure.

There, on the morning of July 2, he was operated on on his right ankle by the renowned Dutch doctor

, an ankle specialist, who, long ago, had solved the problems of

The player announced his decision to have surgery the day after Portugal was eliminated in the Eurocup at the hands of Belgium.

The discomfort only allowed him to play 34 minutes of that last duel, in which it was the first big date with his team.

"My game is coming back"

The ankle nightmare started with a bad gesture against

, in the Metropolitan, in December 2020. He continued with his selection, against

. And it was finished off by an inning by the then-green-and-white

, at Villamarín. Even so, he did not want to be absent from the final sprint of Atlético to conquer the last League. In those last games, he appeared at times. "It is not easy to play when you are not well, but I did it to help the team," Joao admitted on Monday, in an interview with the Atlético media.

Just 24 hours earlier, in Cornellà, against Espanyol, he had played his first minutes of the season.

Half an hour in which Atlético managed to come back in the twilight of the extension, and in which they spread a few drops of their quality: a couple of dribbles, a shot on goal and an assist that was close to crowning the comeback.

«I feel free to do the movements that previously hurt me.

My game is coming back.

And all, after a different preseason: part of her locked up in the gym, while her teammates jogged through the green.

"Perhaps another would have mortgaged the end of the course with his club to shine in the Eurocup, but Joao made a great sacrifice for Atlético", they underline in the offices of the entity, where they praise his perseverance in the recovery.

In fact, until last Sunday he was not available for Simeone. Summer weeks of intense work in which his name came to plan as a bargaining chip. Twice, the Camp Nou was presented as a possible destination. The first, in mid-July, before the exchange between

. The second, in the decline of the transfer market, when August was dying. Barça, eager to release Griezmann, raised an exchange with Joao Félix.

, director of Soccer of the Barcelona club, was valued in some of the corners of the rojiblanco club.

, his agent, wanted another showcase for his pearl.

However, the operation was directly vetoed by

, who two years ago appeared in Viseu, at the Felix house, to convince him that Madrid was his ideal destination.

That he was called to be the owner of Griezmann's '7'.

Half an hour before the end of Cornellà, Joao and Antoine took over with an iconic hug.

Joao Félix, with the Porto shirt.

Tonight, Porto, the team where

is a legend (foreigner with the most games played) and

left an injury, visits the Metropolitan for the first time.

"I have no commitment to anyone," Simeone warned yesterday, distrusting who was his friend in Lazio, the Portuguese coach

, which carries a penalty of four matches for his red against Chelsea in the knockout round last season.

With the noise of the stands and some chords that make Joao Félix levitate (six goals in 14 games), he erased Agüero's record for scoring precocity and set the course for the team the previous year, with an astonishing autumn.

Maybe today is your big night.

WHISPER OF SPORTS Simeone's dilemma in the face of his greatest offensive arsenal: How to manage so much dynamite?