Brorsson after the loss: "Aiming for third place"

Loss in the first group game match for Malmö - but five left to play. The goal is clear, according to Franz Brorsson, 25. - We aim for third place, says the hill. 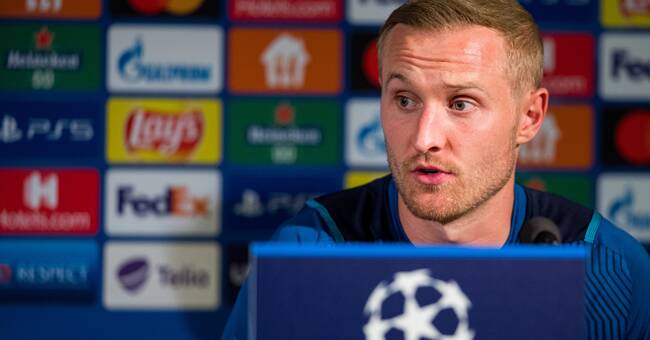 For MFF, it was a tough 0-3 loss against Juventus in the premiere.

At the same time, Chelsea managed to defeat Zenit St.

Petersburg with 1-0 in the second group game.

A good result, according to Malmö player Franz Brorsson.

- We aim for third place, completely reasonable, I think.

Nice that they (Zenit) also got zero points.

A win against them opens up great chances and they are really the ones we should pick points from, he says at the press conference afterwards.

Brorsson is not completely satisfied with the MFF players' actions at the goals.

- Far too cheap the other two goals.

It will be tough to concede two easy goals.

1-0 at the break had felt significantly better.

Some positive parts to take with you, however, he says.

- We got good pressure on them and we won the ball high up.

Then they get 1-0 from nowhere, but teams like this are effective.

If they get an easy chance, it is almost a goal in nine out of ten.

You can not give them many chances because then they put it there.

The first 25 feel good, but 3-0 before half time was not optimal.