The Olympic tears are dried and forgotten, says Peter Gerhardsson. It is not really that simple, says Kosovar Asllani, who describes the silver as a grief that must be processed. - It takes time to get over it. 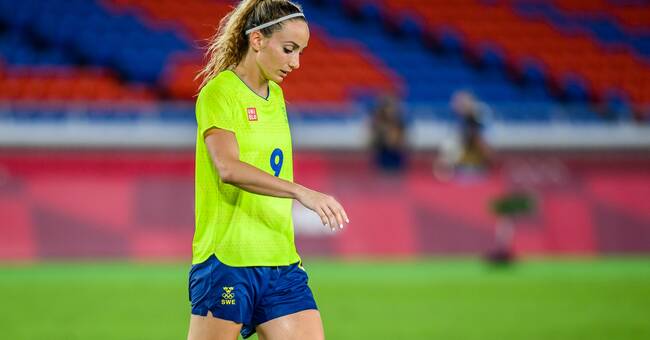 It was heartbreaking pictures from Yokohama Stadium on August 6 when inconsolable, crying Swedish players lay knocked out on the lawn after the penalty shootout in the Olympic final against Canada.

The contrast offered by this week's training in Slovakia has been striking.

This is the first time that the football ladies have gathered since the silver disappointment, and every session before Friday's World Cup qualifier has been filled with laughter, smiles and a lot of downright trampling.

It warms a league captain's heart, says Peter Gerhardsson, who believes that the Olympic journey is a closed chapter, while the next adventure, with a view to the European Championships next year and the World Cup 2023, has just begun.

- We have harvested it now.

We have said that "now we have to hang up the silver medal and focus on the World Cup", says Gerhardsson.

Not all players find it easy to put it behind them.

- Some may be able to move on a little faster, but I do not know… the closest feeling you can get is that you felt hurt in some strange, sick way, says Kosovar Asllani.

- That you can feel it from football, from a sport ... but that was really the feeling you had, and then it takes time to get over it.

But with a little more distance, you will be incredibly proud of it, because I think we really deserved to win.

And that only shows how much football means to one.

Completely sweeping the Olympic final under the rug is not a good idea, he thinks.

At the same time, it is not time to dwell on what has been too much.

- There are lots of lessons and things we can pick up for our qualifying match against Slovakia first and foremost, but also before the upcoming championships.

It's very valuable, but we will not get too caught up in what happened.

Because it is also about looking ahead.