Ajax along CL yardstick: in value and in transfer force number two in group C

Three years after the dream season 2018/2019, Ajax finally wants to spend the winter in the Champions League again. In a group with Borussia Dortmund, Sporting CP and Besiktas, that does not seem impossible, certainly based on the value of the selection, the experience in the million-dollar ball and the clout on the transfer market. 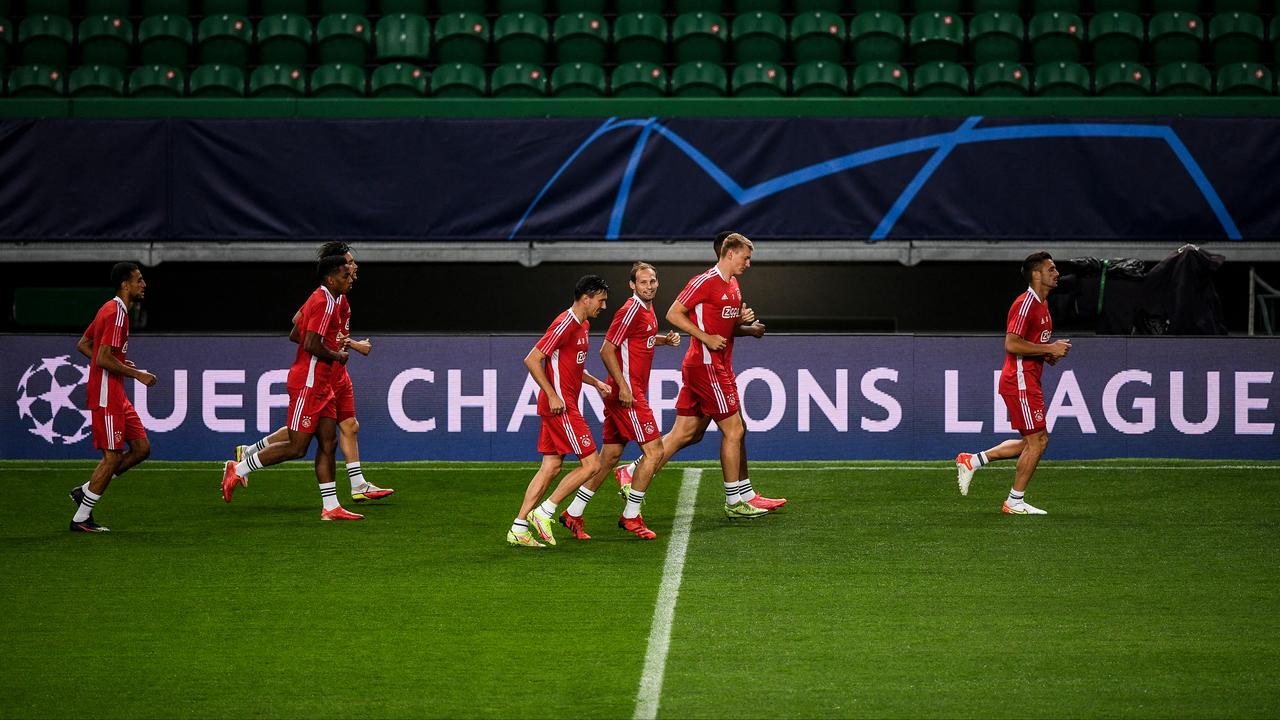 Three years after the dream season 2018/2019, Ajax finally wants to spend the winter in the Champions League again.

In a group with Borussia Dortmund, Sporting CP and Besiktas, that does not seem impossible, certainly based on the value of the selection, the experience in the million-dollar ball and the clout on the transfer market.

Ajax selection worth almost three times more than that of Besiktas

It is unique this century: Ajax will not lose a basic player in the summer.

Even the showcased Nicolás Tagliafico and David Neres did not find a new club, while Steven Berghuis did add a potential basic player.

The result is that the Ajax selection is broader than last year and - due to the development of Jurriën Timber and especially Ryan Gravenberch - is also worth more.

estimates the total value of the Ajax selection at 343 million euros, where a year ago it was still at 272 million euros.

Gravenberch is the highest ranked player with 33 million euros, followed by André Onana (30 million euros), who will only be available again in November due to his doping suspension.

The selection of Borussia Dortmund (566 million euros) is rated higher than Ajax.

Most valuable players Ajax according to Transfermarkt.com

Pablo Sarabia (€25 million) hired from Paris Saint-Germain is the best player of the Portuguese champions in value, while the number two on the list, Pedro Goncalves (€22 million), cannot be played against the Portuguese on Wednesday evening due to an injury. Amsterdammers.

Manchester City has the strongest Champions League selection on paper with a total value of 1.04 billion euros and Kevin De Bruyne (100 million euros) as the signboard.

Most valuable CL squads according to Transfermarkt.com

The value of Ryan Gravenberch is estimated at 33 million euros.

The value of Ryan Gravenberch is estimated at 33 million euros.

Ajax in terms of CL experience comparable to Besiktas

Of the important strengths of the Ajax selection that made it to the last four in the Champions League in the 2018/2019 season, six players are left: Onana, Tagliafico, Neres, Noussair Mazraoui, Daley Blind and Dusan Tadic.

Partly because of this, trainer Erik ten Hag has quite a bit of Champions League experience in the team.

Much more than Sporting CP and Besiktas.

With 48 games (12 of which at Manchester United), Blind is the player with the most Champions League experience.

All in all, the Ajax selection is good for 249 duels in the million-dollar ball.

Borussia Dortmund's squad is the most experienced in Group C with a total of 550 Champions League appearances.

Ajax players with most CL matches

It is striking that Hummels alone has more Champions League experience than the entire selection of Sporting CP put together.

The selection corps of trainer Rúben Amorim played all together 64 Champions League matches and almost half of them (31) are in Sarabia's name.

Right back Luís Neto (12) is the number two on the list, followed by central defender Sebastián Coates (11), who misses the meeting with Ajax in Lisbon due to a suspension.

The selection of Besiktas is comparable to Ajax in terms of Champions League experience (259 matches), although this is mainly due to Pjanic's eighty duels.

The Brazilian midfielder Alex Teixeira (41) and the Croatian defender Domagoj Vida (24) - who they also know at Ajax as the "wink-Croat" - follow at a considerable distance from the former player of FC Barcelona, ​​Juventus, AS Roma and Olympic Lyon.

Most experienced players this CL season

Davy Klaassen and Daley Blind made their Champions League debut against Olympique Lyon in 2011.

Davy Klaassen and Daley Blind made their Champions League debut against Olympique Lyon in 2011.

The 16 million euros for Sulejmani in 2008 is in between, but otherwise the top ten most expensive Ajax purchases consist solely of transfers from the last four years.

At number one the 22.5 million euros that the club paid for Sébastien Haller at the beginning of this year.

It says a lot about the transformation of Ajax in recent years.

The club buys in a different segment than the rest of the Eredivisie, also in the hope of Champions League success.

In terms of transfer expenses, the Champions League winner in 1995 cannot beat Borussia Dortmund, where Donyell Malen is the most expensive purchase of 2021 with 30 million euros. The club record is the 35 million euros that the Germans paid for Ousmane Dembele in 2106.

Sporting has significantly less clout on the transfer market than Ajax.

Attacker Paulinho (16 million euros) is the most expensive purchase of the Portuguese in 2021 and that is also the transfer record.

The transfer figures are also lower at Besiktas than at Ajax.

Rachid Ghezzal, who came over from Leicester City for 3 million euros, is the most expensive purchase of the Turks this year.