The reigning world record holder in sledgehammer, Yuri Sedych, passed away earlier in the day. The double Olympic champion for the Soviet Union turned 66 years old after dying of a heart attack 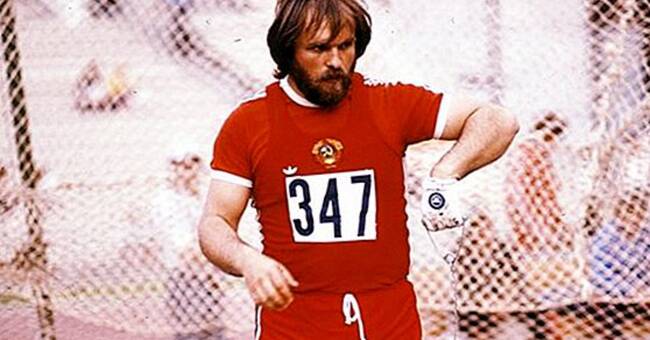 "I deeply mourn the passing of Yuri Sedych.

For me, Yuri was a friend and a wise mentor ", writes pole vault legend Sergej Bubka who was a contemporary of Sedych in the national team.

His world record, which still stands, he set at the European Championships in Stuttgart in 1986. It reads 86.74.

This year's world best, the Pole Pawel Fajdek answered with 82.98.

In an interview in 2015, Sedych denied the accusation and said that his success was due to better training and that the Soviet Union was at the forefront of talent development.

After his career, Sedych worked in Paris, France, as a teacher with questions about physical development on the program.

He was married to Natalya Liskovskaya who won the shot put at the Olympics in Seoul in 1988. Her 22.63 is also a world record today.