Confirmed: No Ibrahimovic against Liverpool

Goal scorer the day before yesterday in Serie A. But no Zlatan Ibrahimovic against Liverpool tomorrow. Information confirmed by Milan coach Stefano Pioli. - We do not want to take any risks, he says to Sky Sports Italia. 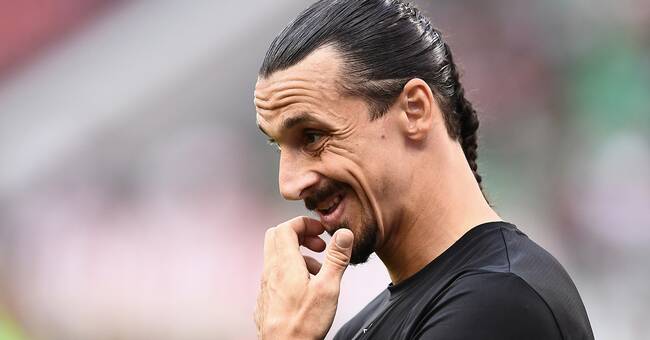 Zlatan Ibrahimovic was successful in his comeback when Milan met Lazio on Sunday.

The Swede was substituted after an hour had been played and became the goal scorer until 2-0 just seven minutes later.

Tomorrow, Wednesday, Milan play in the Champions League away against Liverpool.

It will be without the 39-year-old Swede on the pitch due to the fact that he had problems with a hamstring.

It was the initiated football journalist, Fabrizio Romano, who came with the information first and which was later confirmed by Milan's coach, Stefano Pioli, during a press conference before the Champions League match tomorrow.

How bad it is with Ibrahimovic is still unclear.

Ibrahimovic had just returned from a long injury spell and his half hour on the pitch against Lazio this weekend was his first appearance in the Milan shirt since the goalless meeting with Juventus on 9 May.