The worst was not the defeat. Losing is part of this life. But we do have to distinguish between those who assume their inferiority by hiding their necks in the ground and those who try ... 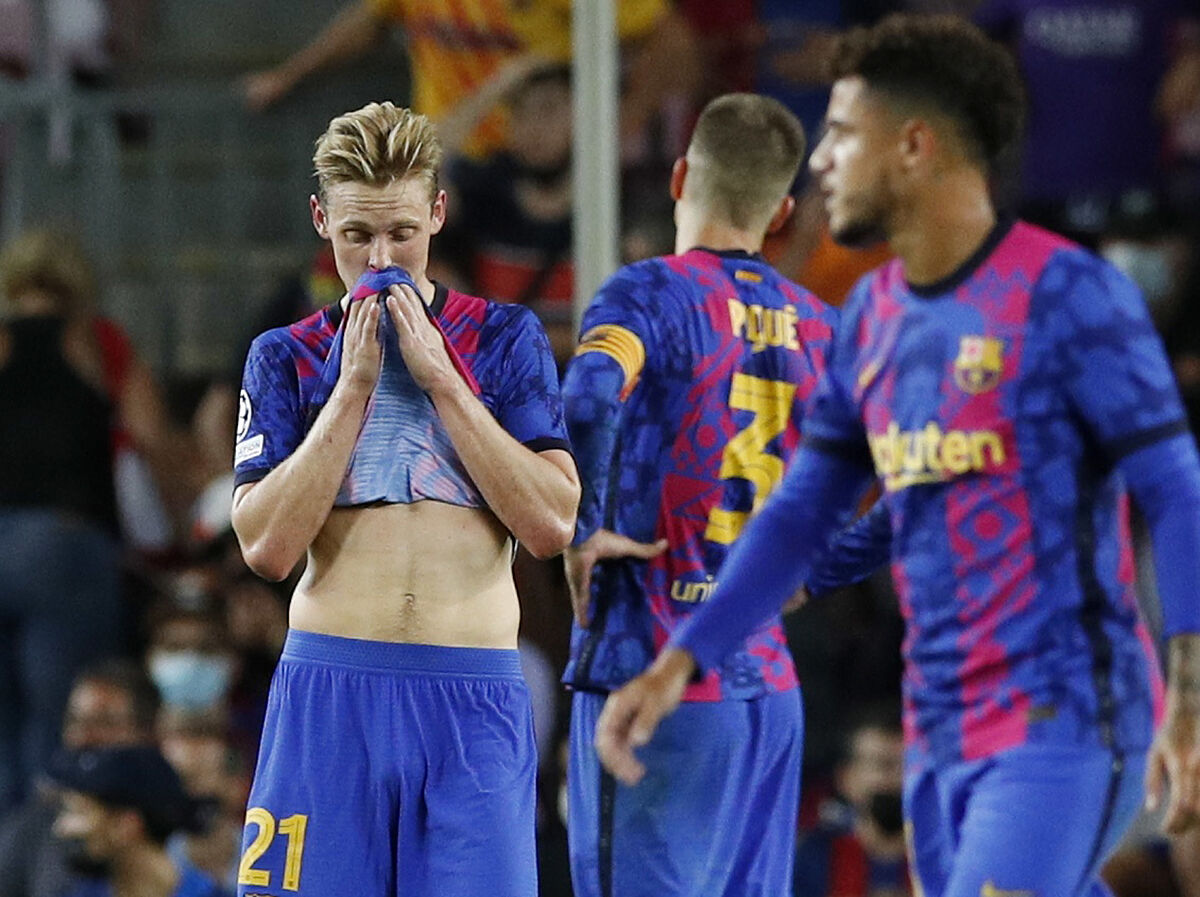 The worst was not the defeat.

Losing is part of this life.

But we do have to distinguish between those who assume their inferiority by hiding their necks in the ground and those who try to rebel against difficulties.

The value resides right there.

is light years away both from Bayern, once again an executioner, and from the rest of the teams of the European bourgeoisie. The ruin reaches every corner. But now he's castling in the compound. The ball no longer serves him, just run after it, accumulate men in his area and pray that the goals against do not accumulate. It was three this time. He didn't even shoot between

. And the young people, who always look good for propaganda, did not appear until there was nothing to do. There was never greatness in cowardice.

If something is clear to Koeman, it is that, if he has to die, he will make him proud of his legend and with his tactical survival manual as a flag. Although the demons take their president away every time he sees a Barcelona line-up with three centrals. And without that photograph of

that the coach has hanging in his office has much more value than that of the tribute to a time that he understands is not his. What matters now is to avoid ridicule. It is neither the way nor does it get it.

Koeman doesn't give a damn about Laporta's interference in terms of the tactical drawing to use. So on the first serious slope of the season he buried a 4-3-3 that, in his hands, has been of little use, to return to the theoretical protection of 3-5-2. So Araujo and Eric García were Gerard Piqué's bodyguards, so that Sergi Roberto and Jordi Alba began to suffer in front of Alphonso Davies and Musiala. Memphis and, for the first time, the big Luuk de Jong appeared on the offensive front. That is to say, the forward of PSV Eindhoven of seven years ago. After the goodbye of Messi and Griezmann and the traffic jam in the infirmary, this is what there is.

Julian Nagelsmann, that precocious genius of the benches who moved with the nerve of a conductor in the technical zone, had already warned the day before that he knew what he would find.

It was not difficult to guess.

Koeman gave up his midfield, drove his defensive five-line well back, and based his fortunes on attacks that barely lasted a breath.

How long it took Luuk de Jong - whom Laporta compares to Julio Salinas - or Memphis to unload a ball and find that there would be no one to pass.

Such was Koeman's obsession with not losing his defensive composure that there was no way his team would generate a paltry superiority in the field kitchen.

And when Busquets or Sergi Roberto lost a ball, the Germans were happy to deploy.

And they did it so musically that they sounded like the eight helicopters from Apocalypse Now in Vietnam to the beat of Wagner's Ride of the Valkyries.

Although the habitual thing was that the Bayern entered touching until the same small area of ​​the Barcelona.

Kimmich and Goretzka pushed the midfielders up to the nose of Ter Stegen, who only saw lumps without knowing what to expect.

And so came the opening goal.

Eric García chose to turn around, thus losing control of a rebound that left Ter Stegen stunned and dejected.

He saved two goals for Sané.

But he couldn't keep outwitting fate.

Koeman did not react until Bayern nailed him 0-2 in the dawn of the second act.

The fledgling Musiala, a torment for the Catalans, shot at the post.

And none of the three Barça centrals thought it convenient to watch one of the best strikers on the planet.

Lewandowki, who has scored 18 consecutive games, only had to push the net.

In addition, from Coutinho, who left nine months later to rehearse his usual shot, two 18-year-olds (Demir and Balde, the same age as Pedri) and another 17 (Gavi) broke in.

The fans wanted to cheer up a bit, but Bayern, even walking, ended the game with Lewandowski celebrating 0-3.

Barça will have to go to Lisbon to risk their lives.

Describing sadness has never been easy.

Ana María Matute achieved it in her writing: «I have suffered a lot.

But I have never been bored.

Although there are times when I would have changed it for a bit of boredom ».

Not even that is left for Barcelona.