Max Verstappen and Lewis Hamilton crashed during the Italian Grand Prix on Sunday. The two title candidates clashed in the first chicane halfway through the race, after which Verstappen's Red Bull ended up on top of Hamilton's Mercedes. 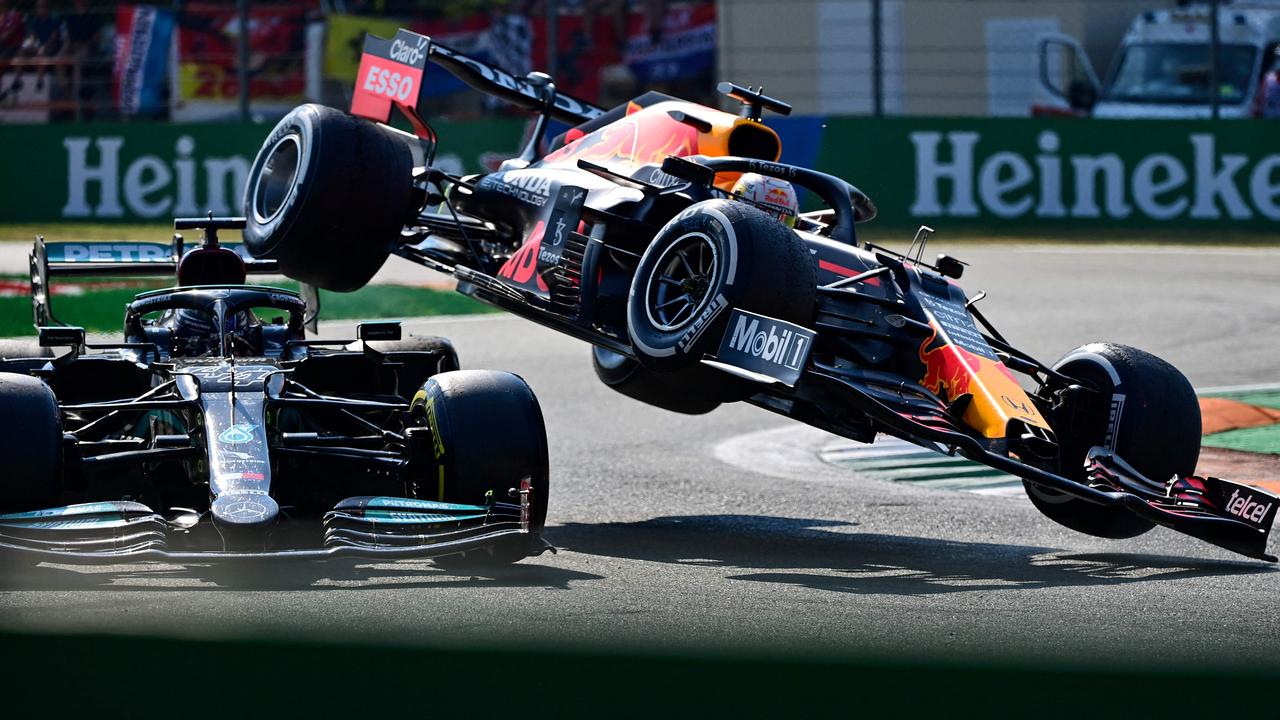 Max Verstappen and Lewis Hamilton crashed during the Italian Grand Prix on Sunday.

The two title candidates clashed in the first chicane halfway through the race, after which Verstappen's Red Bull ended up on top of Hamilton's Mercedes.

After a slow pit stop by the Red Bull team, Verstappen came into a duel with Hamilton as the seven-time world champion drove out of the pit lane himself.

The Limburger made an extreme effort to overtake his title rival from the outside.

Hamilton had the line in the corner and gave Verstappen no space, also because the Red Bull driver was not completely wrong.

Verstappen continued his attack and then came into contact with the Mercedes, after which his car ended up in the gravel box on top of Hamilton's.

The safety car then came onto the track.

The incident will be handled by race officials after the race.

"He didn't give me space," said Verstappen over the on-board radio, before he got out angrily.

The crash between Verstappen and Hamilton

Verstappen loses lead to Ricciardo . at the start

At the start, Verstappen and Hamilton had already fought a fierce battle.

The Red Bull driver got off to a bad start, was passed by Ricciardo and Hamilton got right behind him.

In the next chicane, the Briton tried to overtake the World Cup leader from outside, which Verstappen clearly did not want to participate in.

The Limburger was entitled to the race line and let his car run out, forcing Hamilton to cut off the chicane.

The Briton did complain about the on-board radio that Verstappen pushed him off the track, but the race management saw no reason to intervene.

As Hamilton shot off the track, Norris was able to move up to third.

There followed a phase in which Verstappen was stuck behind Ricciardo, and Hamilton was on Norris' tail, just like in Saturday's sprint race.

For both title contenders, the McLarens proved too fast on the straights to overtake.

Ricciardo started the first series of pit stops, after which Verstappen's lasted a very long time.

It eventually brought the Limburger into a duel with Hamilton and then into the gravel.